Meghan McCain cuts "uncle" Lindsey Graham out of her "family"

“Lindsey Graham may consider himself a member of my family, but he is not and hasn’t been for a very long time" 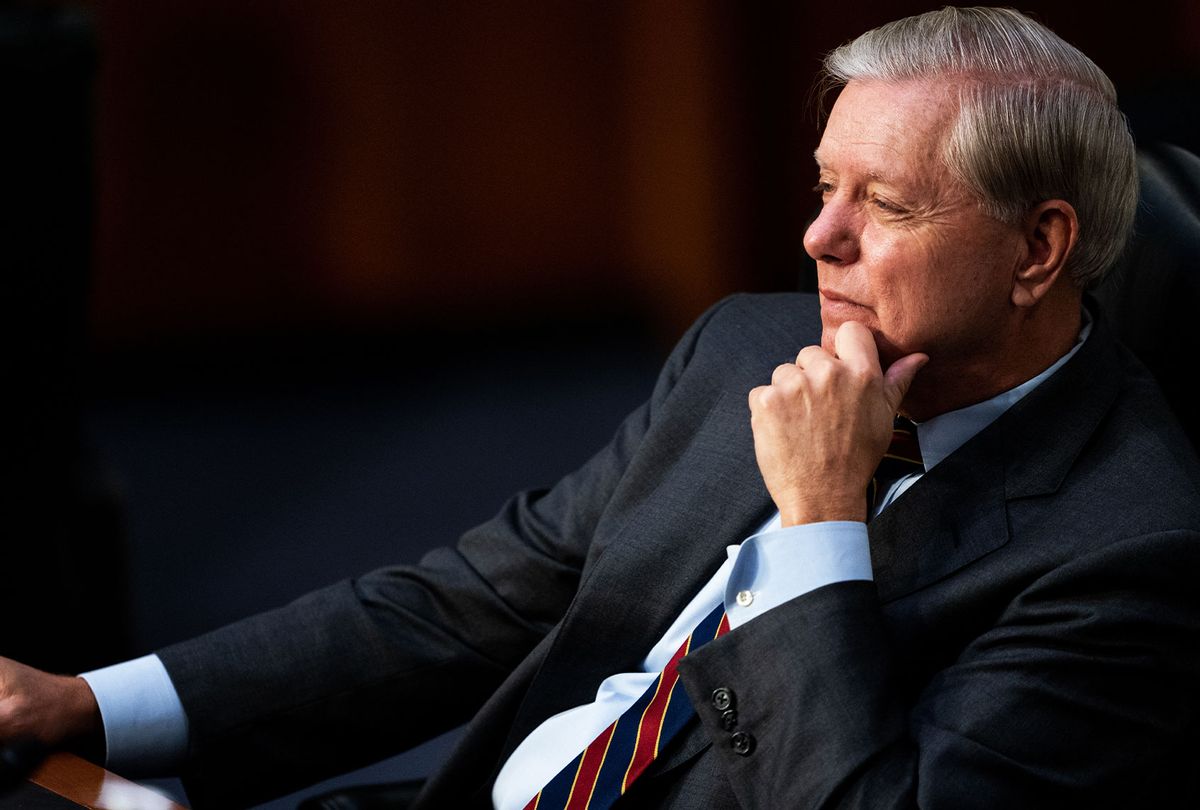 Meghan McCain and Sen. Lindsey Graham, R-S.C., go way back — but their relationship appears to be waning.

McCain, the daughter of late Sen. John McCain, has long counted Graham as a close family friend, at one point even likening him to an "uncle" thanks to his close relationship with her father.

But that all ended Wednesday with a tweet: "Lindsey Graham may consider himself a member of my family, but he is not and hasn't been for a very long time," McCain wrote. "He certainly doesn't speak for me or my life experiences. Full stop. The media should stop treating him like he is an expert on anything McCain related."

The Washington Post reports that McCain is nursing a grudge against Graham, thanks to his support for former President Donald Trump and his role in allowing Ivanka Trump and Jared Kushner into her father's funeral.

In a new book released last week, "Bad Republican," McCain writes that the pair were "funeral crashers" — though Graham has pushed back on her version of events.

"She was upset they were there — I understand that, and she has hard feelings but I know what happened and nobody showed up uninvited," Graham told the newspaper. "I love Meghan McCain and I understand how stressful all this has been for her and those who attack her dad will never be forgiven by her."

McCain has also been critical of Graham's rapid turn from Trump critic to one of the former president's staunchest allies, ripping her former family friend repeatedly during her tenure as co-host of ABC's daytime talk show, "The View."

"Whatever is happening to Lindsey, this is not the person I used to know," McCain said at one point.