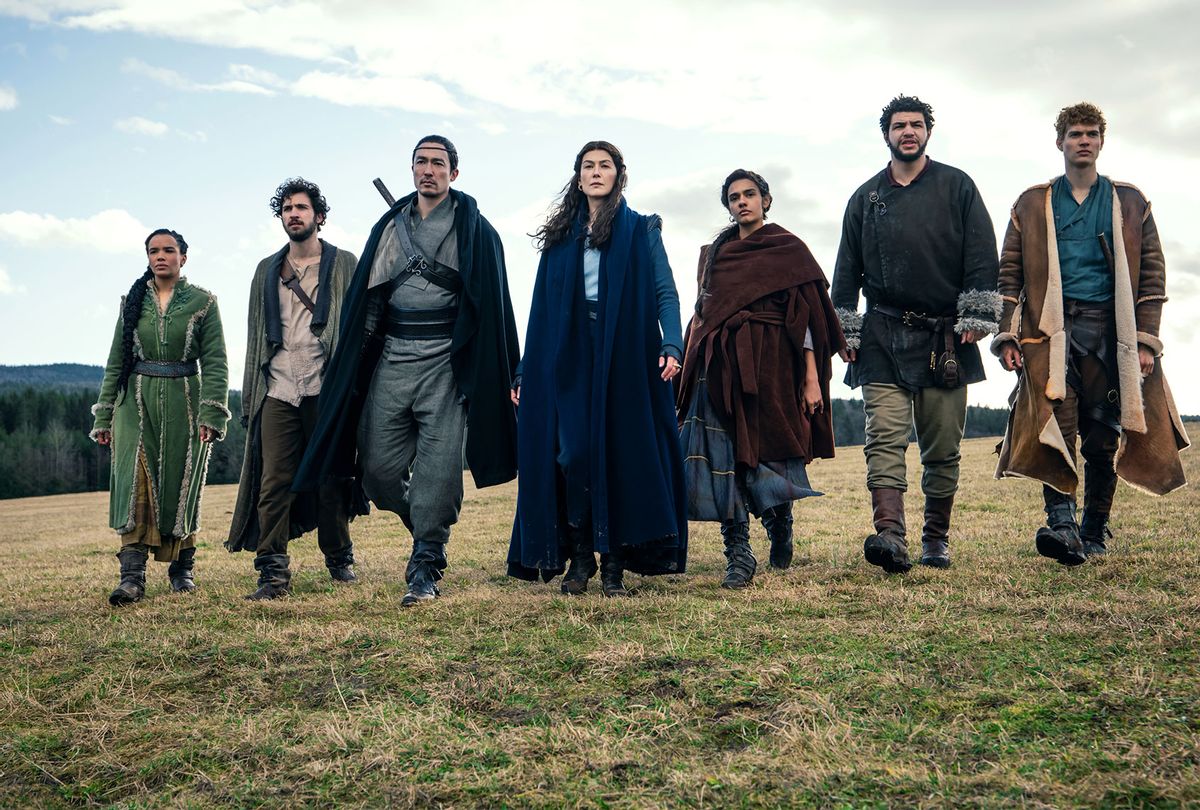 If you want to escape to another world this winter, Amazon's new series "The Wheel of Time," could be just what you need. After all it's been a couple years since that last epic fantasy series about games and thrones ended. In the newly released trailer, we're in for a magical ride through castles, taverns, deserts, mountains and forests.

Based on the series of high-fantasy bestsellers by Robert Jordan, the show takes place in a world where magic exists, but only certain women are allowed to access it. Moiraine (played by Rosamund Pike, also a producer of the series), is a member of the incredibly powerful all-female organization called the Aes Sedai. She arrives in the small town of Two Rivers, and while there, embarks on a dangerous journey with five young men and women, one of whom is prophesied to be the Dragon Reborn, who will either save or destroy humanity.

READ MORE: A "Lord of the Rings" anime prequel is on the way

In the trailer we see Moiraine and a power she calls the "one power," magic shared between women in the Aes Sedai, and the various women who can control that power. We also meet "The Dark One," a caped figure on horseback, and his army, set on destroying the world. There's also glimpses of a battle, people being burned at the stake, and training in magic. In the end, we're left with one message "the wheel will as the wheel wills."

Originally published in 1990, Jordan's epic book series proved to be even too epic for him to keep up, and when he passed away in 2007, the notes he left behind allowed Brandon Sanderson to finish the series, which now stands at 14 volumes and a prequel. The TV series has already been renewed for a second season, which it will certainly need to make headway on the story.

After the success of "Game of Thrones," many other networks have tried to move into that high-fantasy space, investing in IP that could draw in new audiences but also continue for many years to come. Netflix has "The Witcher," while Amazon has "The Wheel of Time" and the upcoming "Lord of the Rings" series in the works.

"The Wheel of Time" premieres Friday, Nov. 19 on Amazon Prime. Watch the trailer below via YouTube.