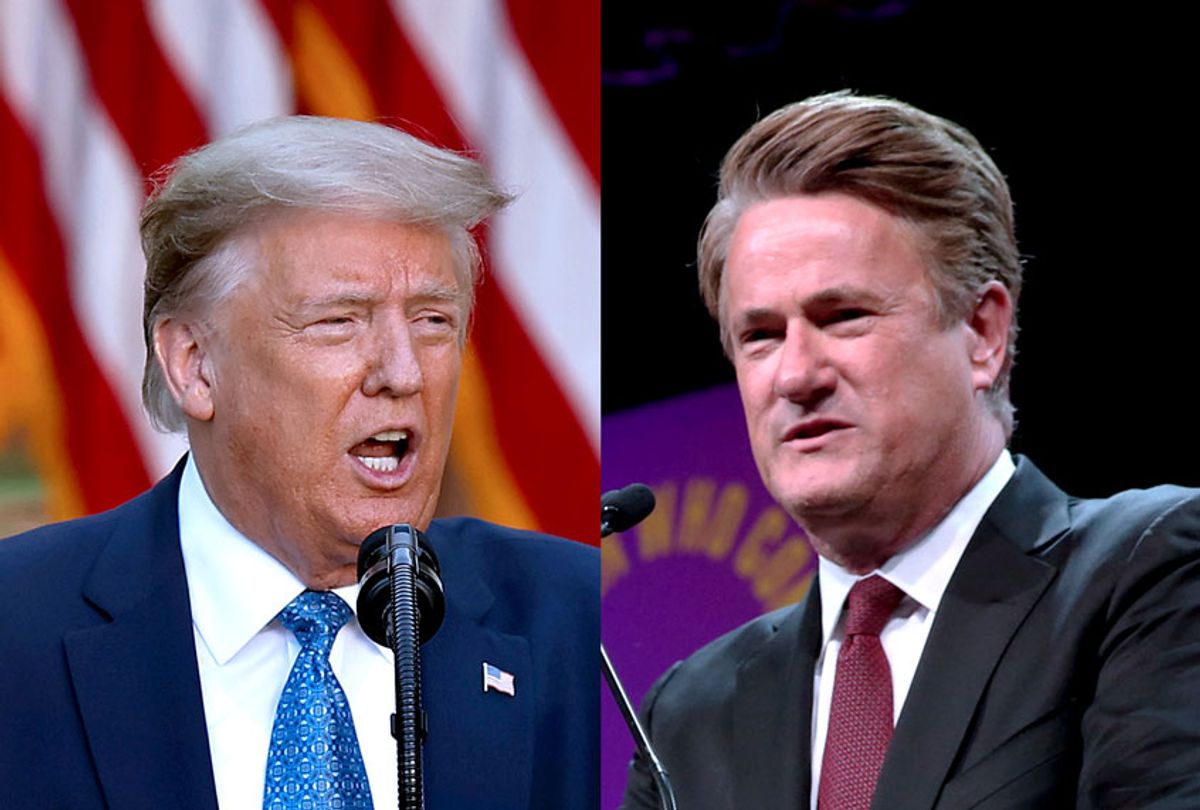 MSNBC's Joe Scarborough ripped the Wall Street Journal for running a lie-filled letter from Donald Trump and then attempting to clean up the mess with a fact check one day later.

The right-leaning newspaper refuted some of the twice-impeached one-term president's claims Thursday after facing fierce criticism for running the letter in the first place, and both "Morning Joe" hosts bashed the Journal for taking shots in its fact-check at "media clerics" who pushed allegedly "false Russia collusion claims."

Scarborough hooted with laughter at the newspaper's tone after publishing Trump's conspiracy theories.

"If you can ignore the gratuitous sort of virtue signaling to the most hardcore Trump readers on the quote, 'Russia hoax collusion thin,' and if you can ignore the media bashing up top, what you find in the heart of that editorial is the deep-boning of Donald Trump's conspiracy claims," Scarborough said. "They go state by state, and they point out the fact that, yes, and I agree what the Pennsylvania Supreme Court did, I had questions with it at the time. I said that here but they bring up at the Supreme Court and put those votes to the side, it does not have any impact, and it went through one claim after another and another and showed that the conspiracy theories were just lies."

The fact-check pointed out that Trump lies so often that it's impossible for the media to keep up, and Scarborough said those lies distort reality for the ex-president's followers.

"You just can't keep up with the lies, so you either let the lie stand as fact or you spend all your time trying to rebut his outrageous lies," Scarborough said. "I find this with my friends who chase conspiracy theories, you rebut one claim and then they go, 'Yeah, what about the Italian guy?' You rebut the Italian guy, they go, 'But what about in Georgia when they picked up, they picked up that thing from underneath,' and you rebut that lie, and then they come up with another. It's a never-ending whack-a-mole of lies and conspiracy theories."