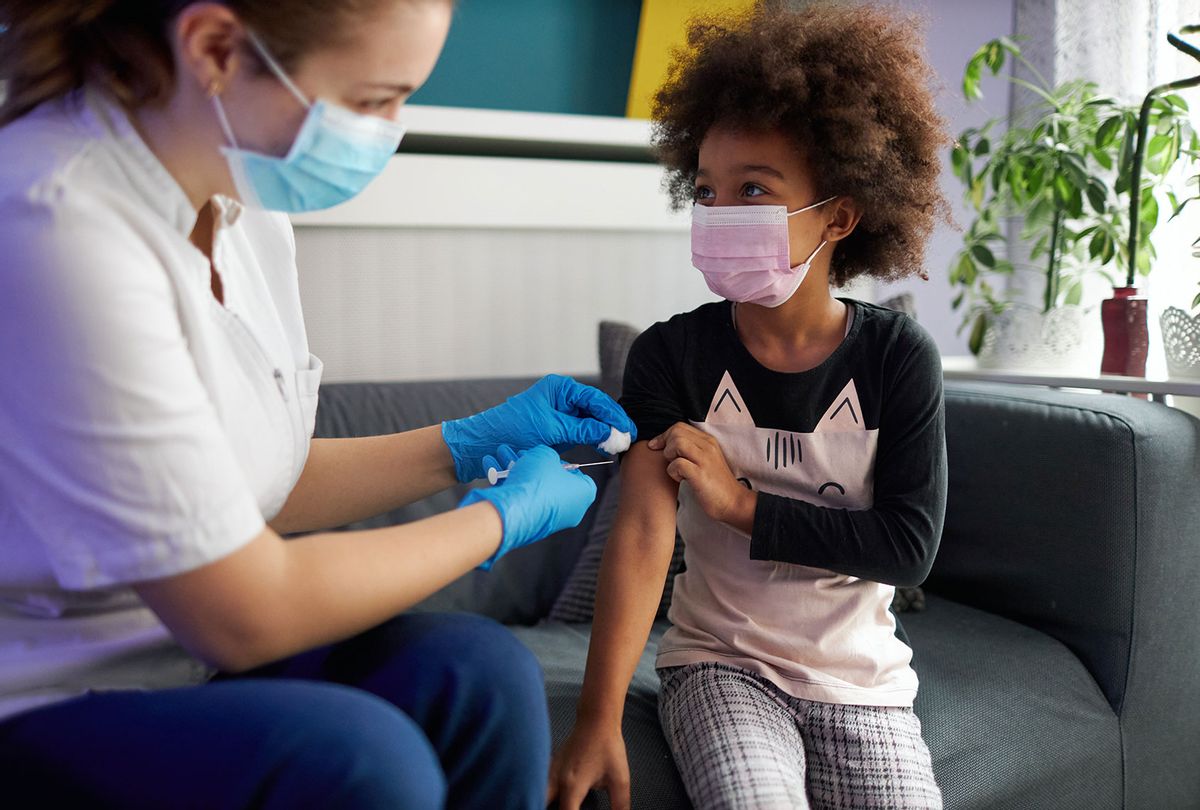 Many elementary school kids could soon have the opportunity to be vaccinated.

On Friday the Food and Drug Administration (FDA) authorized emergency use of the Pfizer-BioNTech vaccine for children ages 5 to 11. The action is a turning point in the pandemic, and could finally bring some relief to parents of young kids across the country before the holidays.

"It's an incredibly important tool in the return to normalcy," Dr. Larry Corey, a virologist at the Fred Hutchinson Cancer Research Center, told the New York Times. "To be able to know that your child is protected and not going to get severely ill by going to school is an incredible psychological relief."

RELATED: How worried should we be about the "delta plus" variant?

The vaccine advisers for the Centers for Disease Control and Prevention (CDC) are scheduled to meet next Tuesday and vote in favor of the emergency use authorization (EUA). If all goes as planned, children between the ages of 5 and 11 can start rolling up their sleeves next week. Nearly 28 million children will be eligible, but much of the success of the rollout will hinge on overcoming vaccine hesitancy. A Kaiser survey released this week found about three in 10 parents of 5- to 11-year-olds were eager to vaccinate their children right away. However, one-third said they will take a wait-and-see approach. An additional third said they will definitely not get their 5-11 year-olds vaccinated.

The authorization comes after Pfizer submitted its trial data to the FDA, which was reviewed by multiple advisory panels. Last week, the independent vaccine advisory committee to the FDA voted unanimously, with one abstention, in favor of emergency use of the Pfizer-BioNTech vaccine. The data reviewed came from 2,268 participants ages 5 to 11 who used a two-dose regimen of the vaccine administered 21 days apart, similar to the process for people who are 12 and older. Researchers measured the childrens' immune response by looking at neutralizing antibody levels in their blood and comparing those levels to a control group of 16- to 25-year-olds who were given a two-dose regimen with a larger dose.

As Salon has previously reported, there is one big difference between the vaccine for people over the age of 11, and those between five and 11: the amount of vaccine administered. Pfizer used a 10-microgram dose for 5- to 11-year-olds, which is far smaller than the 30-microgram dose that has been used for those 12 and older. Pfizer said this smaller dosage demonstrated a "strong immune response in this cohort of children one month after the second dose."

Why the smaller dosage? It is standard practice to test vaccines on older children first, because children of different ages can have a different response to the vaccine. The goal of clinical trials with children is to find a balance between age and dosage of the vaccine in which a strong immune response is triggered without too many side effects. The variables in a clinical trial with children are different.

"Children's immune systems are different — they've had prior exposures, their immune systems may not be as experienced, and children also weigh less than older individuals," Dean Blumberg, chief of pediatric infectious diseases and associate professor in the Department of Pediatrics at the University of California, Davis, previously told Salon. "Getting the dose right is important, and we know that with some vaccines, what you need to do is give a higher dose of the vaccine in younger children because they haven't been exposed to the antigen — the active component of the vaccine previously. In other cases you give a lower dose, because it's more weight-based."

As far as reported side effects go, they were similar to those experienced by the 12 and older set: soreness at the site of injection, fever, headache, and fatigue, all of which lasted between 24 and 48 hours. Notably, there were no cases of myocarditis in the trial of young children.