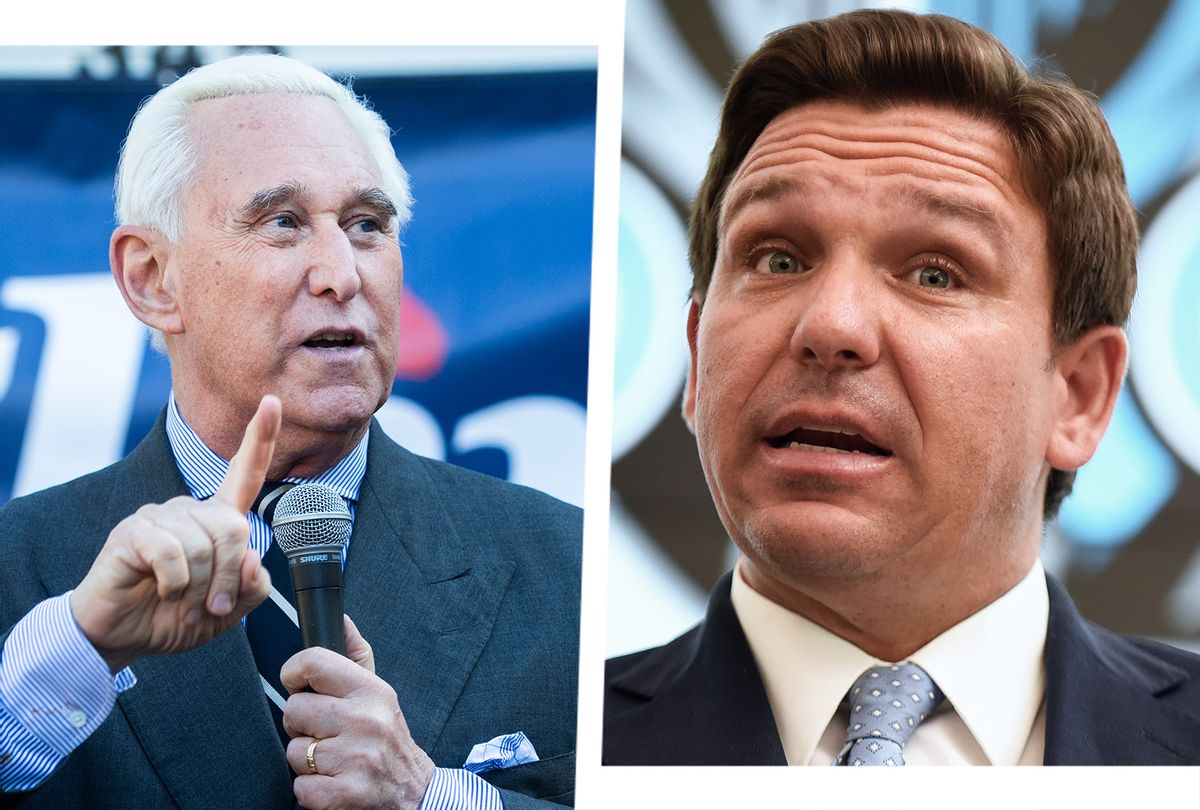 Longtime GOP operative and Florida resident Roger Stone announced that he's considering a campaign against Florida's Republican Gov. Ron DeSantis over his frustrations that the state has not yet implemented a statewide audit into its 2020 election results, which former President Donald Trump won.

"If Florida governor Ron DeSantis does not order an audit of the 2020 election to expose the fact that there are over 1 million phantom voters on the Florida voter rolls in the Sunshine state," Stone wrote on Gab, "I may be forced to seek the Libertarian Party nomination for governor Florida in 2022."

Stone went on to include the hashtag "#ByeRon" in the Gab post, complete with a picture of himself.

Within a subsequent message posted to his Telegram channel, Stone continued to rail against DeSantis.

"I heard governor Ron DeSantis say that Florida had the most honest election in our history in 2020," Stone stated. "Yet I know for a certainty there are 1 million phantom voters on the Florida voter rolls. These 'voters' simply do not exist."

In true Stone-style, he added that the Republican lawmaker "can kiss his arrogant Yalie ass goodbye."

A Salon request to comment to Sone wasn't returned on Sunday afternoon.

The provocative comments from Stone come as DeSantis is being hailed as a hero in right-wing media over his handling of the coronavirus — which currently leads all states in its per-capita death toll since the Delta variant first swept ashore.