Everything to know about hard apple cider, fall’s signature drink 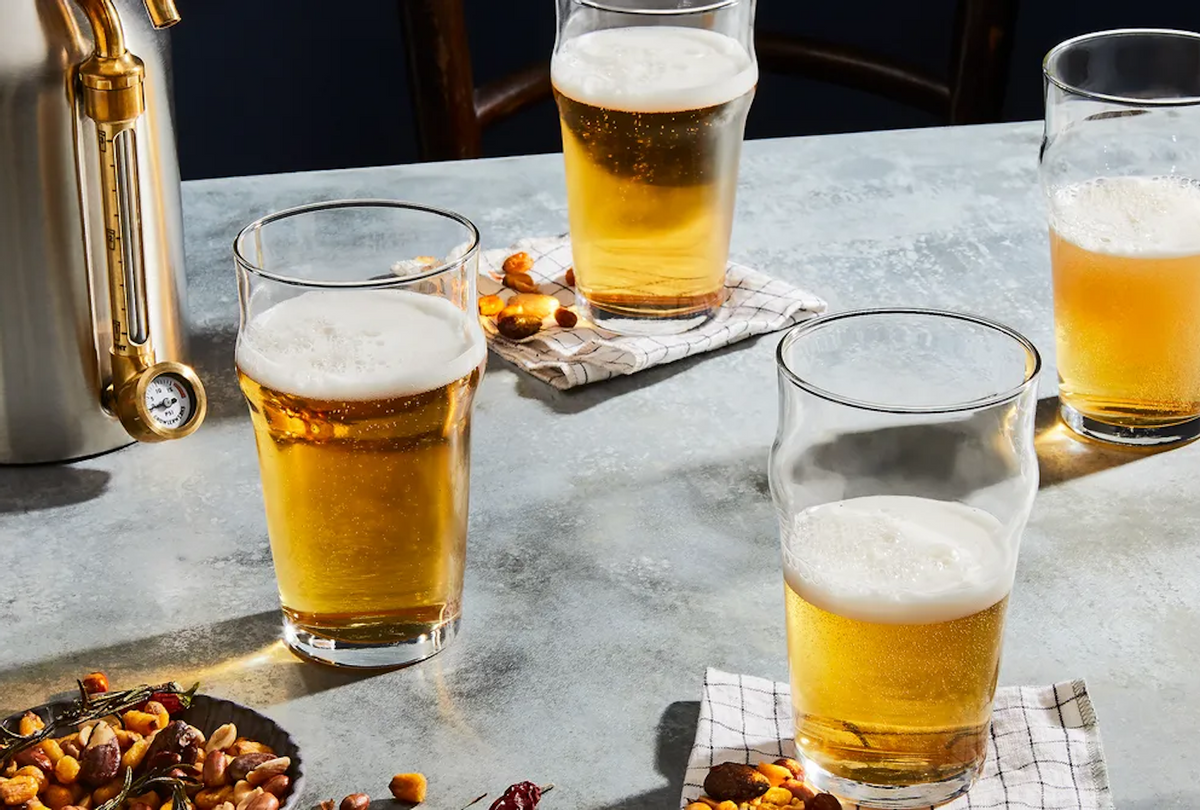 Now that the leaves are changing and we're eating apple cider donuts every hour on the hour, it seems hard to remember a time when hard apple cider wasn't also part of our autumn menu. While the craft beer craze and consumption of spiked seltzers and canned cocktails are at an all-time high, so is hard cider. Cider is naturally gluten-free, so a lot of people are able to consume it, which is a big reason why it has become so popular. Five years ago, you could count on one hand the number of hard ciders available nationwide, and most of them were quite sweet. Now, there are hundreds, if not thousands, of cideries producing warm and spiced, fruity, funky hard ciders for consumption from the Finger Lakes of New York to the Pacific Northwest.

If you've never tried hard cider before, maybe you're skeptical. Or maybe you're excited, but just have no idea where to begin. It's not nearly as saturated of a market as craft beer is, but there is still plenty to learn and lots of varieties to sip.

At a very high level, cider-making is a rather uncomplicated process. All you need is two ingredients: apple juice, which are added to a tank or barrel (these could be made from stainless steel, polymer, or even old wine or rum oak barrels). The yeast will convert all of the sugars in the juice to ethanol (aka alcohol) and after about two weeks, the cider is ready. More or less. "The higher the sugar content, the longer it will take to ferment," explains Brittnay Perlo, Master Cidermaker at Austin Eastciders. Generally, between two to four weeks is a normal fermentation time.

After the apples have fermented, the cider may be passed through a micron filter to remove the yeast, which creates a clarified, crisp cider. Most hard ciders are filtered; however, some cideries like Downeast Cider House in Boston brew unfiltered cider, which contains yeast, resulting in a cloudier product that tastes, well, yeastier.

At Austin Eastciders, they produce pure hard apple cider, as well as blended fruit cider. This is the stage when any fruit juices — blood orange juice, pineapple juice, etc. — may be added and blended. Dan Pucci, author of "American Cider: A Modern Guide to a Historic Beverage," explains that there are two different ways to brew cider with fruit: co-fermentation and post-fermentation blending. Co-fermentation is when fruits like berries or grapes are fermented with the apples from the beginning, creating a very flavorful, complex cider. He says that co-fermentation is especially popular in California, where wildfires have destroyed many vineyards, leaving a lackluster crop that isn't ripe for wine-making, but perfect for cider. "That's very different from when fruit purée is added at the end," he says. "The flavor of post-fermentation will be less complex than co-fermentation."

Whether or not fruit is added, the final step of cider making calls for carbonating the cider with CO2 to make it effervescent, and then it is either canned or kegged.

Unlike beer, which is made with wheat, hard cider is made exclusively with apples. However, not all apples are alike. But we're not just talking about the difference between Galas and Granny Smiths. There are two very broad categories of apples — culinary apples, which is the kind we're used to snacking on and baking with, and bittersweet and bittersharp apples . . . aka cider apples. "Traditionally, cider was made with cider apples, which are similar to crabapples," says Perlo. She says that cider apples are to grocery store apples what wine grapes are to grocery store grapes. They are higher in tannins, acidity, and sugar, which makes them ideal for fermentation. Part of the reason why cideries like Austin Eastciders uses cider apples is because of availability. Prohibition wiped out the majority of cider apples in the U.S., according to Perlo, so some producers may source their apples from outside the country in order to meet the demand.

At Citizen Cider in Burlington, Vt., they stick to culinary apples, but partner with a number of different orchards across the U.S. in order to ensure they have enough supply. Tim Costello, culture and field marketing manager for Citizen Cider, says that if cider is made with culinary apples, it will taste different during peak apple harvest season (aka the fall) vs. the off-season. During peak season, Citizen Cider, which primarily uses culinary apples to brew their ciders, uses only about seven varieties of apples. That's all that's needed because the apples have so much fresh, complex flavor. In the off-season, it takes a greater variety of apples — up to 15 varieties at Citizen Cider — to brew cider that is just as flavorful and complex as when. "It's not that the fall is the best season for cider, but it certainly allows for the most interesting flavor profile," says Costello.

On a technical level, there are sweet and dry ciders. It may sound obvious, but sweet ciders are sweeter than dry ciders. "Sugar can come from lots of different places. It might be added, it might be residual from the fermentation, or it might be added back in in the form of honey or fruit blends," says Soham Bhatt, co-founder of Artifact Cider in Cambridge, Mass. But the sugar content isn't the only factor that affects the flavor of cider. A cider that has a high sugar content, but is also very tart and acidic, will taste less sweet.

However, there's more to cider than just sweet or dry notes. Bhatt says to consider the "structure" of the cider, meaning how it comes together on the palate. Is it balanced? Does it have tannins? More tannins create a more structured cider, which will cause dryness in your mouth similar to what you may experience from drinking certain red wines or black tea.

Like champagne, there are also brut ciders. Think of brut as a lighter, less sweet version of a traditional "dry" cider, so more of the apple characteristics shine through. If you're here for the apple flavor, choose brut.

If you don't know where to begin with cider, grab an assortment of four to six different ciders and try them side by side, making note of what flavors are present, and how acidic, sweet, or dry it tastes. And if you're really lost, Pucci recommends starting with Yonder Cider in Seattle or Bhatt's Artifact Cider, both of which aim to create transparent packaging that will educate consumers about what's inside the can using clear language and meaningful descriptors.

Aside from cider donuts and apple pie and butternut squash soup and so many other fall delicacies, cider pairs especially well with hard cheeses and smoked meats. "Because cider is low ABV, it's quite versatile," Bhatt adds. Pair fruity, berry ciders with anything that goes well with rosé wine but especially fresh goat cheese and black olive focaccia. As an introductory pairing, try a semi-dry cider or fruit cider with a barbecue feast.

Bhatt likes to serve a dry, clean cider with fresh Vietnamese salads. He finds that a tannic, funky cider can go well with rich Indian food. This should come as no surprise given its prime season, but an aromatic cider goes well with heavy Thanksgiving dishes like turkey and stuffing.