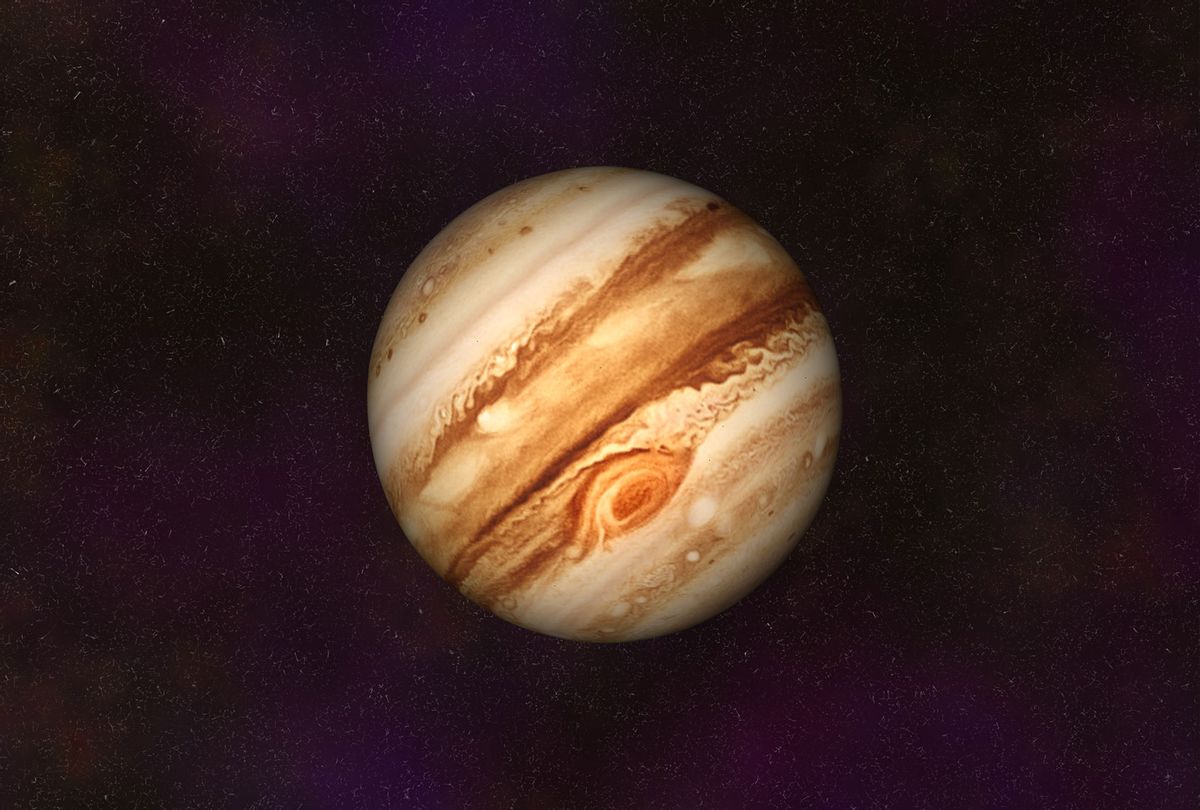 Jupiter's Great Red Spot appears like a slightly stretched pancake, an ovular stain on the biggest planet in the solar system. As Jupiter's biggest anticyclonic storm — that is, a storm in which air is forced downward through the center and toward the surface, as part of a larger high-pressure system — it is certainly the largest such storm in our solar system, as well as the most conspicuous feature on the massive gas giant. And as the principal investigator of NASA's Juno mission told reporters on Thursday, scientists had previously imagined it as flat — you know, like a pancake.

But according to new studies, Jupiter's oval red spot is actually more like a toppings-and-syrup covered mega-stack. In other words, it's not just as wide as 1.25 Earths — it's also deep.

"We knew it lasted a long time, but we didn't know how deep or how it really worked," Scott Bolton, who is also director of the space science and engineering division at the Southwest Research Institute in San Antonio, explained during the press conference. Bolton was referring to a pair of new studies that, though published recently in the journal Science, are based on data that is more than two years old. When NASA's Juno spacecraft (which entered Jupiter's orbit in 2016) flew over the Great Red Spot in February and July 2019, it did so to learn just how deep that 10,000-mile wide vortex plummets beneath the cloud tops that we can see.

In the process, they learned, among other things, that the Great Red Spot is roughly 40 times deeper than the Mariana Trench, the deepest location in Earth's ocean. Indeed, scientists of the first study believe that it could extend more than 120 miles deep in total. In the second study, researchers speculated that it could reach a maximum depth of more than 300 miles.

The main implication here is that Jupiter's interior and deep atmospheres may be connected through processes that are not yet understood. If so, this suggests that Jupiter — which is 11 times wider than Earth — may be home to meteorological events on scales more massive than scientists had previously anticipated. In either estimate, the Great Red Spot extends well past the area of Jupiter's atmosphere, where scientists believe water and ammonia have condensed into clouds.

"The Great Red Spot is as deep within Jupiter as the International Space Station is high above our heads," Marzia Parisi, research scientist at the NASA Jet Propulsion Laboratory in Pasadena, California, told reporters. Yet the Great Red Spot is still shallower than the titanic bands of wind which power it, as those extend to depths surpassing 1,800 miles.

In addition to uncovering more about the Great Red Spot, the Juno mission has also found that Jupiter has five cyclonic storms at its South Pole and eight at its North Pole. Accordingly, the latter have formed into a shape like a pentagon and the former are forming a shape like an octagon. Juno also observed the sixteen wind circulation patterns in Jupiter's atmosphere that act similarly to Ferrel cells on Earth (of which there are only two). While Earth's Ferrel cells extend 6 miles from the surface, Jupiter's begin at the level of their clouds and extend down for at least 200 miles.

The Great Red Spot has been a source of fascination to humans for almost two centuries, as it was first observed in 1831. Since then, astronomers have observed this charismatic feature change size, and in recent years it appears to be shrinking. Although it was twice the size of Earth's diameter in 1979, it has shrunk by nearly one third in the ensuing 42 years. Though a fixture of the gas giant, the Great Red Spot may eventually shrink until it disappears. For now, it still contains many mysteries.