Democrats in D.C. pick up their chins and rally around voting rights and paid parental leave 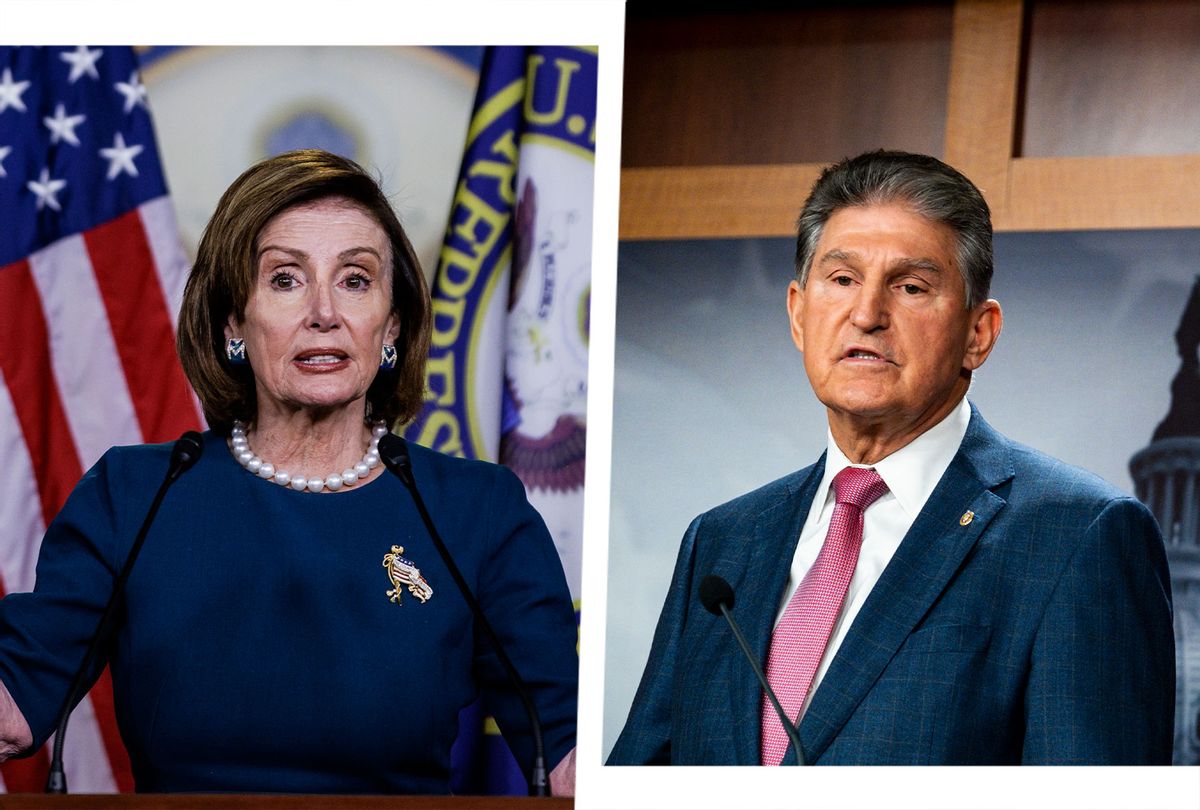 Democrats are doubling down on President Joe Biden's agenda, rallying around voting rights and paid parental leave one day after a bitter upset in the Virginia gubernatorial race, seen by many as a bellwether for the national body politic.

On Wednesday, Senate Democrats made a bid to advance the John Lewis Voting Act, a landmark bill designed to strengthen the core elements of the 1965 Voting Rights Act and allow the Justice Department to regulate state-level election changes that may violate the Constitution. The bill was filibustered by Senate Republicans, however, failing to garner the 60-vote supermajority needed to overcome the filibuster and reach a floor debate.

According to USA Today, Sen. Lisa Murkowski, R-Alaska, was the only Republican to support its approval, albeit she expressed some "reservations" around the legislation. Murkowski and a number of other senators, including Sen. Joe Manchin, D-W.Va., have expressed an intent to craft a more "bipartisan" proposal that is liable to hallow the measure out.

Two weeks ago, Democrats attempted a similar voting rights maneuver with the Freedom to Vote Act, which seeks to protect the election system from voter suppression, gerrymandering, and dark money. However, Republicans again shot the bill down, prompting calls for the filibuster to be reformed or scrapped altogether in order to prevent GOP minoritarian rule.

RELATED: Want to bring bipartisanship back? End the filibuster now

Aside from voting rights, Democrats also set their eyes on returning a four-week paid parental leave provision to the negotiations after Tuesday's loss, stressing that such a benefit must be included in their new $1.75 trillion social spending bill. In a Wednesday press release, House Speaker Nancy Pelosi, D-Calif., asked the Ways and Means Committee, chaired by Sen. Richard Neal, D-Mass., to include the subject of paid family leave in the committee's morning hearing.

"The Ways and Means Committee crafted a policy that will finally give workers and their families the peace of mind of knowing that when disaster strikes, they can rely on paid leave to avoid total crisis. We do this responsibly, fully paying for the means-tested program," said Neal, according to POLITICO.

Democrats, Pelosi added, are currently discussing "the substance of the changes of the legislation" with the Congressional Budget Office.

Senate Finance Chair Ron Wyden, D-Ore., has joined the duo in their fight to push parental leave past the finish line, telling reporters: "I'm going to pull out all the stops for paid family leave, because I think it is a disgrace that we are essentially the only western industrialized nation that hasn't figured it out."

The effort is likely to be met with substantial Republican pushback, however.

Manchin, for his part, has said that he'd support Pelosi's proposal if it's bankrolled by both employers and employees (in the form of a payroll tax).

"I think that basically employers and employees should participate," Manchin told Insider. "We have states around this country doing it now. We have countries around the world doing it and it seems to work very well and does not put a burden on anybody."

According to Insider, mild payroll taxes for parental leave were outlined in a previous iteration of the social policy framework proffered by Rep. Rosa DeLauro, D-Conn., and Sen. Kyrsten Gillibrand, D-N.Y. However, experts have warned such a provision might come at too high of a cost for workers.