Climate change is coming for the supermarket 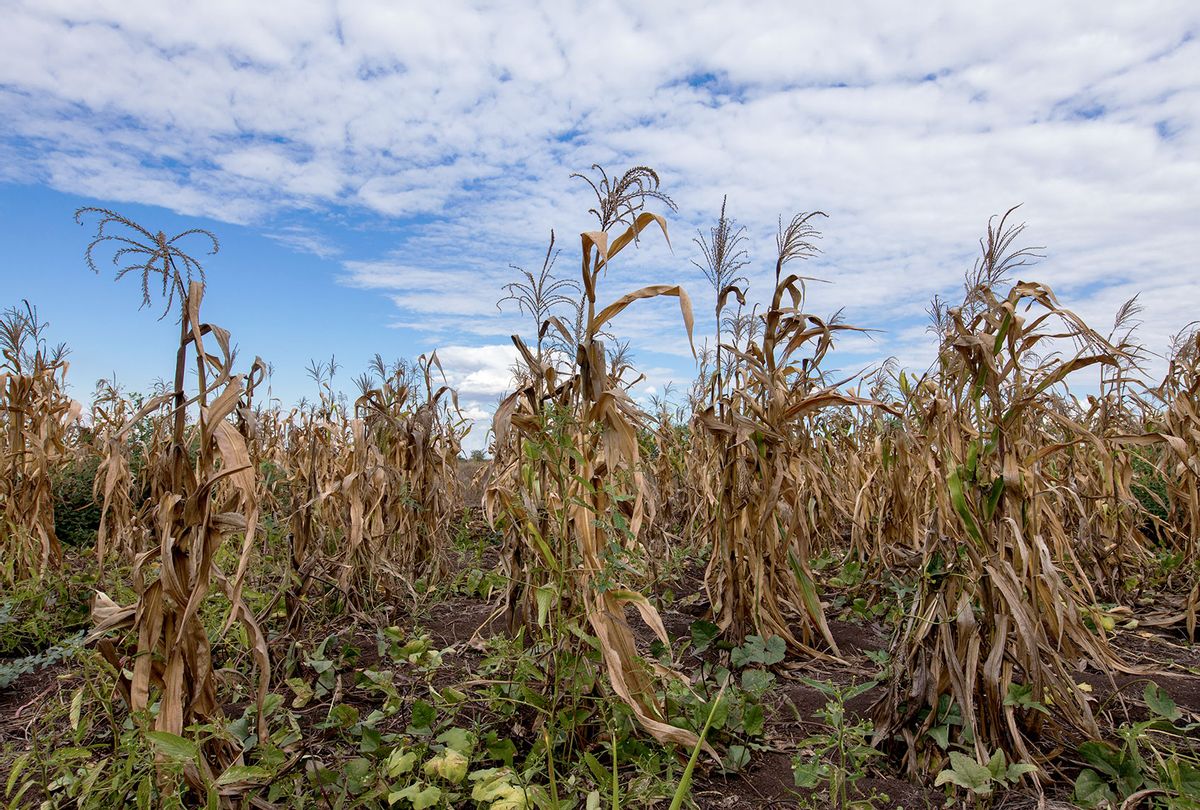 Imagine a world in which supermarket shelves were void of corn-based products like corn flakes and polenta, while grains like rice and barley were pricier and the selection smaller. Such a future could be just around the corner due to climate change, which stands to make some crops scarcer and others unexpectedly abundant — meaning the human diet, and your own personal food consumption habits, stand to drastically change.

That is the conclusion of a recent study published in the scientific journal Nature Food. More than three dozen researchers from a number of universities concluded that — based on the latest climate projections and state-of-the-art crop models — changing rainfall patterns, rising temperatures and increasing amounts of carbon dioxide in the air will cause agricultural production to be drastically disrupted worldwide. The question is not "if," but "how much" and "when."

"Generally speaking, climate change will have largest negative impacts on regions situated at lower latitudes, tropical and subtropical countries as higher temperatures will push crops closer or beyond their temperature thresholds," Jonas Jaegermeyr, lead author and a crop modeler and climate scientist at NASA's Goddard Institute for Space Studies, told Salon by email. "In higher latitudes — say Canada, northern Europe, and Russia — higher temperatures can be beneficial for crop growth, especially for wheat, which is mostly grown in these regions."

He added by way of example, "Maize in general faces much larger losses than wheat. One aspect is that it is currently grown in lower latitudes than wheat. The other important factor is it cannot benefit as much from higher CO2 concentrations as wheat can."

Unsurprisingly, the study also found that people from less affluent countries will suffer more than those in more affluent nations. Agricultural sectors in poorer countries seem likely to experience the most significant declines in their staple crops — based on the current models — compared to their wealthier counterparts. This means that people in those countries are more likely to suffer from food insecurity as a result of climate change. Similarly, the study anticipates that farmers with smaller amounts of land will be more vulnerable to food insecurity once climate change is under way.

None of this should come as news to those who work in agriculture. In fact, some say such shifts are already apparent.

"We are already experiencing the adverse impact of climate change on agriculture in general and food production in particular," Shahram Azhar, assistant professor of economics at Bucknell University, wrote to Salon. "The central issue of concern from the humanitarian standpoint is the relationship between crop yields and caloric consumption. This deals with the impact of climate change on starvation and hunger via its impact on agricultural output. Frankly, the evidence is pretty dismal on that front."

Azhar pointed to a 2019 study led by researchers at the University of Minnesota on the yields of the world's main ten crops in terms of caloric intake ("barley, cassava, maize, oil palm, rapeseed, rice, sorghum, soybean, sugarcane and wheat") and found that climate change leads to consistently lower food yields over time. Overall, climate change is causing the number of available food calories to fall by roughly one percent for each year. In addition to poorer countries, disadvantages individuals in wealthier nations are also likely to be impacted.

"Moreover, the rate of climate-change-induced food calories losses may accelerate in upcoming decades," Azhar explained. "To see this, we need to understand the empirical evidence that compares two inter-related but conceptually different trends: 1) the growing food demand (due to population pressures) and 2) the shrinking yields (due to climate change) of food crops."

This will prove true even if the specific estimates provided in the new model don't prove to be absolutely correct. According to Christa Court, an assistant professor of regional economics at the University of Florida, these models are by their very nature going to be imprecise — but their underlying point is valid.

"I think what is important to keep in mind for all of the work that this group is doing, as well as the work that I do, that models provide data and insights for decision-making," Court told Salon. "Everything that we are doing is trying to model a complex human or natural behavior, and we're not going to get it exactly right with the data and the computational power that we have."

Court added "that doesn't mean that it's not useful. I think the one thing that's important to keep in mind is that we're often not trying to very precisely and very accurately predict the future."

The statistics are ominous, for obvious reasons — namely, if available food calories are falling by roughly one percent for each year, does that mean that humanity risks starvation? Yet the authors of the paper argue that policymakers can take steps to address this problem in advance.

"There are important measures available for the farmers to adapt to the new climate realities and in follow-up studies we will quantitatively study some of them, including shifting planting dates, using new crop cultivars better adapted to warmer conditions, switching to new crops, expanding irrigation, etc," Jaegermeyr explained. "But this study highlights that the level and extent of climate change impacts are so substantial that targeted adaptation policies become critical for global agriculture within the coming decade."

Ariel Ortiz-Bobea, an associate professor of applied economics at Cornell University, wrote to Salon that scientists also need to start planning for agricultural needs in a world that will be ravaged by climate change — and accept that the old world will never return.

"Farmers are doing the best given the technologies they have access to," Ortiz-Bobea wrote. "What is important to recognize is that agricultural innovation, the creation of new seed varieties, machineries, processes to produce more food with fewer inputs, is largely done 'off-farm' in private companies or in labs of universities and international organizations. Also investments in research and development today will bear fruits many years later."