Thanks to capitalism's inability to account for climate disasters, future economic turmoil is all but guaranteed 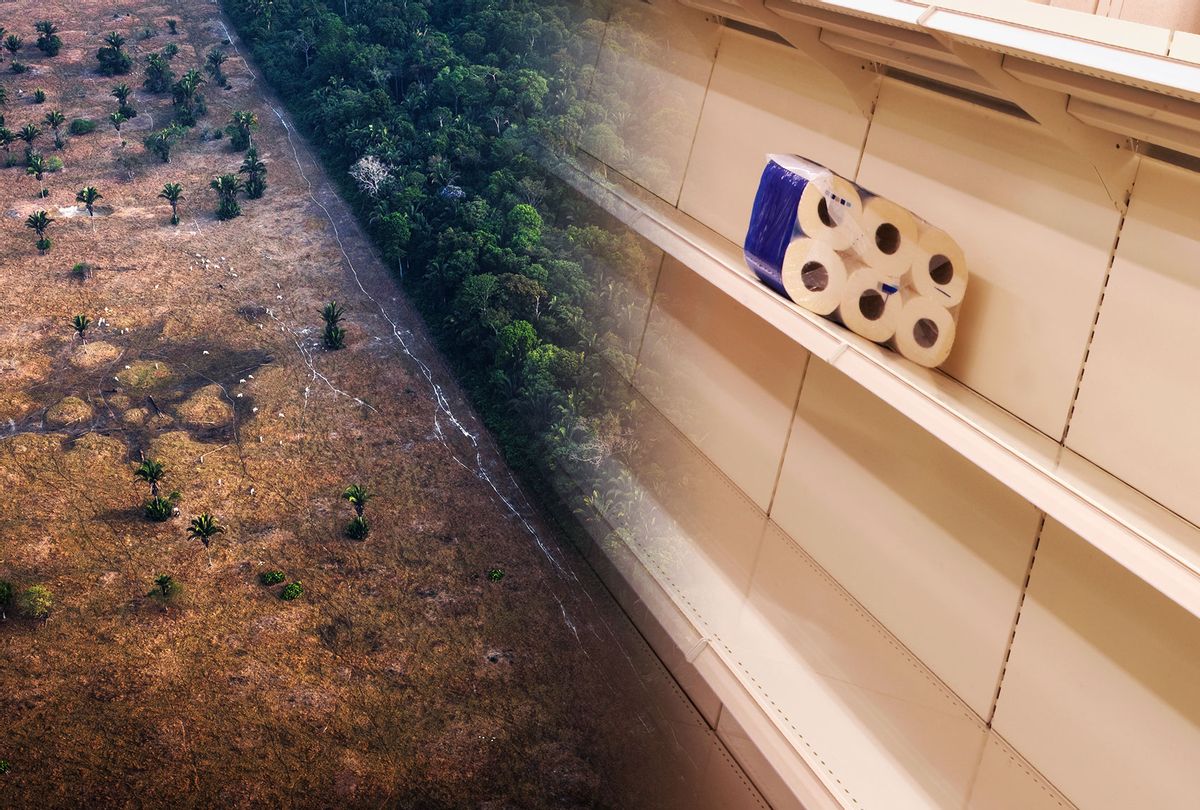 When scientists talk about global warming, they often rattle off the ways in which it will turn our planet into something out of apocalyptic fiction. Extreme weather events like hurricanes, thunderstorms, droughts and wildfires will become increasingly common. Sea levels will rise, flooding coastal areas and forcing millions to become climate refugees. Populations will be further displaced as large sections of the planet become too hot or dry to inhabit.

Yet it is not simply spectacles of nature that await us. There is something more mundane that we should worry about — namely, how many of the goods which we take for granted now will become inaccessible once climate change starts to throw the planet for a loop. This is because climate change is expected to disrupt many of the supply chains that bring food, appliances and other important products to our shops and homes. The United Nations Development Programme already reported in 2016 that workplace disruptions caused by climate change could lead to more than $2 trillion in productivity losses by 2030.

But the economy isn't the only casualty of climate change. Indeed, our very way of life will be fundamentally transformed.

"Resilience and adaptation buys us time, but ultimately there is no way to insulate ourselves from the massive disruption that would be caused by unmitigated climate change," Dr. Michael E. Mann, a distinguished professor of atmospheric science at Penn State University, told Salon by email. He said that current climate model projections are likely "underestimating the impact climate change is having on extreme summer weather events." That means that we are also underestimating climate change's social and economic impacts, too — and that includes supply chains and food distribution systems.

Obviously, agriculture is one of the chief sectors that will take a hit as a result of climate change. As heat and hydration patterns change in agriculturally productive parts of the world, industry leaders will need to adapt so that they can still profit as their business models are rendered less relevant.

"Various hazard events can disrupt food supply chains by impairing production of and access to food," Christa Court, an assistant professor of regional economics at the University of Florida, told Salon by email, citing as examples calamities such as infrastructure damage, loss of capacity or direct damage to livestock and crops. "Resulting food access issues are acute in vulnerable communities with limited grocery and transportation options and can be compounded by the timing of disaster events."

Shahram Azhar, an assistant professor of economics at Bucknell University, wrote to Salon that in addition to extreme weather events hurting food production cycles, "climate change has a demonstrably negative effect on the planet's natural ecosystem (pests, coral bleaching etc.) which is pivotal for agrarian production. For working-class people, this basically means more food insecurity, malnourishment, and poverty through rising food prices on the one hand and instability in jobs and incomes on the other."

"Disruptions are more likely to be on the supply side rather than on the demand side," Ariel Ortiz-Bobea, an associate professor of applied economics at Cornell University, wrote to Salon. "The reason is that climate is either an input to production (e.g. agricultural production) or can affect transportation infrastructure (e.g. bridges, roads, ports) whereas our demand for different products tends to remain stable irrespective of climatic conditions."

Ortiz-Bobea added that he believes supply chains that are concentrated in smaller geographic areas, as opposed to being diffused, will be more vulnerable to disruption. To explain why this might happen, he turned to the example of oranges produced in states like California and Florida.

"A major drought in California or freezing temperatures in Florida can throw a wrench into this market," Ortiz-Bobea explained. "Those events can drastically reduce the supply of oranges from those regions. While oranges can be produced in other areas (e.g. Brazil), acquiring them is much more expensive especially if the supply chains are not already established and prepared to larger volumes." He added that, ironically, economists are usually trained to think that specialization is usually a good thing since it means more can be produced with fewer resources. Indeed, regional specialization in agricultural production has increased over the past few decades. In a world changed by climate change, however, this asset suddenly becomes an Achilles' heel.

Azhar offered some other examples of staple foods that will become less accessible due to climate change: Wheat, rice, fish. Once gone, they will not be easily replaced.

"Food, in particular staple commodities such wheat, maize, and rice, are one of those things for which it is quite difficult to find suitable replacements," Azhar explained. "While there is a lot of discussion about genetically modified sources of nutrition we are still in the embryonic stage, and it is unclear whether and to what extent these research trajectories will be viable for mass production. Moreover, disruptions in the production of wheat, rice, and fisheries not only impacts consumers (in the form of higher prices). If one considers the impact that these disruptive patterns will have on farmers, who will find it increasingly difficult to sell these commodities profitably, one is forced to conclude that we are literally heading towards an impending catastrophe."

Business will need to plan ahead so that they and their workers can survive the upcoming changes.

"In my view supply companies buying such products will have to work more closely with supply chain companies to understand their changing risk profiles," Ortiz-Bobea told Salon. "This might include understanding how correlated weather shocks can affect the supply and prices of products they are buying. This requires staff that understand how markets work (e.g. economists), but also people who understand how climate events unfold (climate scientists, meteorologists) but also how these climatic events affect agricultural production (e.g. agronomists, agricultural data scientists)."

If there are broader lessons to be learned from this, they must begin with being humble about humanity's ability to maintain its way of life.

"The COVID-19 situation demonstrated that we all probably take many aspects of our daily lives, including how we access food, for granted," Court observed. Ortiz-Bobea was more specific, giving an example of the kind of luxury we assume will always exist but may evaporate in the near future.

"The low cost of transportation of agricultural products means that we can consume summer or tropical fruits in the winter," Ortiz-Bobea wrote. "We have lost that sense of what the seasonal products are. The large regional specialization in agricultural production means that production disruptions can happen with more ease. That means that consumers may see transitory price spikes for certain products when major droughts or floods occur in the producing regions."

He added, "So perhaps we need to be a bit more flexible with our diets."

Azhar argued, forcefully, that one cannot stave off the upcoming supply chain calamity without directly confronting the underlying economic structures that have made this possible.

"Our contemporary global economy works within interconnected supply chains: networks of complexly connected nodes of production, distribution, and exchange," Azhar explained. "A disruption in any one node leads to a cascading effect on all other nodes. While it is possible to slightly mitigate the problems of wheat and rice production (through better crop management etc.) to 'solve' the issue we must address the systemic and/or structural issue that lies at the core of the problem."

Azhar concluded, "Our current capitalist system is, quite simply put, unsustainable; it leads to what ecological economists have called a 'metabolic rift' between humans and Nature. We can't really be solving the crisis without moving towards a new economic system that restores the balance."