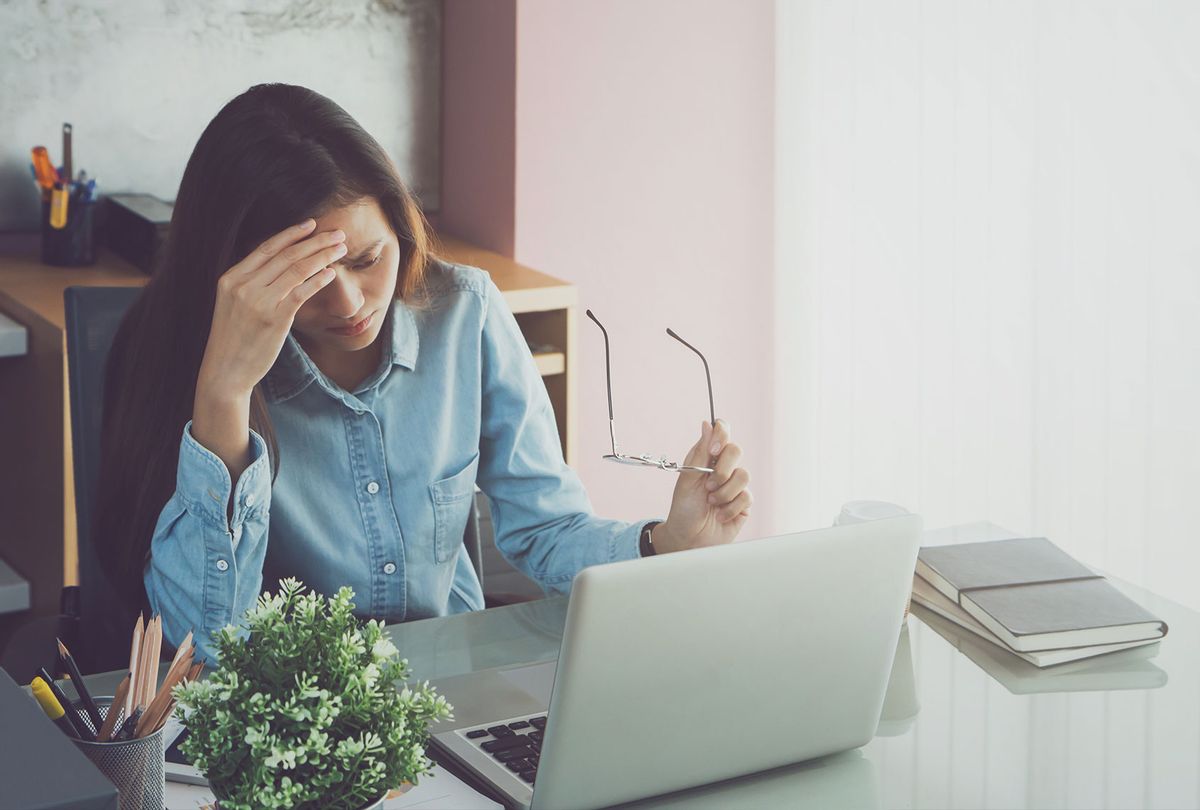 In one text, an employee tells their boss to mail them their final check. Someone else says they're simply never going back to work. Another tells their manager, with finality, to "Eat. My. Ass."

It's become a trend of sorts, as fed-up employees have taken to posting exasperated text exchanges with bosses online. They're usually workers in the service or hospitality industries, being asked to come in on their day off, or work 10 to 12 hour shifts, or even field calls at early-morning hours when people are normally, you know, sleeping.

These posts have been at turns decried, mocked, parodied and faked — but more than anything, this viral formula for online boss-bashing is proof that the U.S. has a labor problem.

"There's a short-term story of what's happening post COVID," said Sylvia Allegretto, a labor economist and co-chair of the Center on Wage and Employment Dynamics. "But it's couched in the long-term story of what has happened over the last 40 years. People are saying enough is enough."

It makes sense — these conversations are only one part of what some are calling the Great Resignation. From a CNBC|Momentive Workforce survey, "Half of the nation's workers describe their workplaces as being understaffed,and they are the workers more likely to say they've recently thought about quitting."

NPR found that more than 740,000 people who quit in April worked in the leisure and hospitality industry. A record 4.3 million people quit their jobs in August. With pandemic assistance stopping in many states and a major uptick in union organizing and strikes nationwide (not to mention over 700,000 dead, many of them infected at their place of work), the United States is in the middle of a radical shift in how many people are viewing their jobs.

For evidence, look no further than r/Antiwork, a subreddit dedicated to "those who want to end work, are curious about ending work, want to get the most out of a work-free life, want more information on anti-work ideas and want personal help with their own jobs/work-related struggles."

The forum has exploded in popularity since the pandemic began. In threads that often go viral on Twitter and other platforms, workers post about rules they've been expected to follow — no water on the job, for instance — or post memes about their current predicaments. The community is supportive and encouraging of individualized action to change individual circumstances, and posters frequently report that they've recently quit an exploitative job.

On one screed decrying excessive workplace surveillance, for example, the poster returned to update the group several hours later, writing "I QUIT. I wanted to quit when I wrote this post this morning." Others celebrated the person in congratulatory comments, and included their own instances of being denied water and other so-called "perks" at their jobs. On any given day, you can find dozens of other posts like this one.

Allegretto adds that though it would be easy to mistake the viral posts on r/Antiwork for a short-lived online trend, the entire thing is part of a much larger problem that Rep. Alexandria Ocasio-Cortez and other political progressives have taken to calling a crisis of "dignified work."

Much ink has been spilled over America's current "labor shortage" and how to fix it, but one undeniable positive for workers has been the increasing power it has given them. As President Joe Biden likes to remind reporters asking about the situation, wages are rising and overall household debt has fallen — clearly the pressure campaign to rectify 40 years of stagnating working conditions is working, to some extent.

The ability to quit via viral Reddit thread is just one example of it.

"This movement is coming on the heels of some of the biggest mass movements that we've had in the country in decades," Allegretto told Salon.

"The quit rate is really high in some of our worst jobs, such as leisure and hospitality, restaurants, and bars, which makes sense because those jobs are some of the worst jobs to begin with. They're the lowest paying jobs. They have low to no benefits."

During the pandemic, businesses and the government proved that healthcare and benefits could be provided to workers: paid time off, hero pay, flex time for childcare. Now, employers and businesses are expecting workers to accept pre-pandemic working conditions again. Many aren't buying it.

"A lot of that support is gone, and the workers are saying, but wait a minute, that healthcare that I didn't have, in COVID that you helped me with, now I don't have it. I need it," Allegretto said. "That paid time off that you gave me to take care of my kids. Well, they still get sick. I still sometimes need to be home. I need it."

Quit rates and nationwide union activity are connected as well — without a collective voice to improve their conditions, non-unionized workers are often left no choice other than walking away. And there's perhaps never been a better time to leave your job.

Social media, while imperfect, can give those workers a voice that they previously did not have. Allegretto outlines three types of workers in our modern economy: union members who have muscle to flex, those who are desperate enough to stay in unhealthy work environments and, finally, quitters.

It's this last group that are finding themselves newly empowered to speak up online, thanks to current conditions.

In one popular post on r/Antiwork, one worker calls on others in the forum to start naming companies that they've said are exploitative. The comments are filled with workers naming other companies that have allegedly taken advantage of them.

"Name and shame!" one poster wrote, "They need us, and we don't need their Bullshit."

Instead of a passing trend, experts say viral boss-bashing is actually part of a larger shift in the culture of work — and don't expect the formula to become any less popular in the near future.