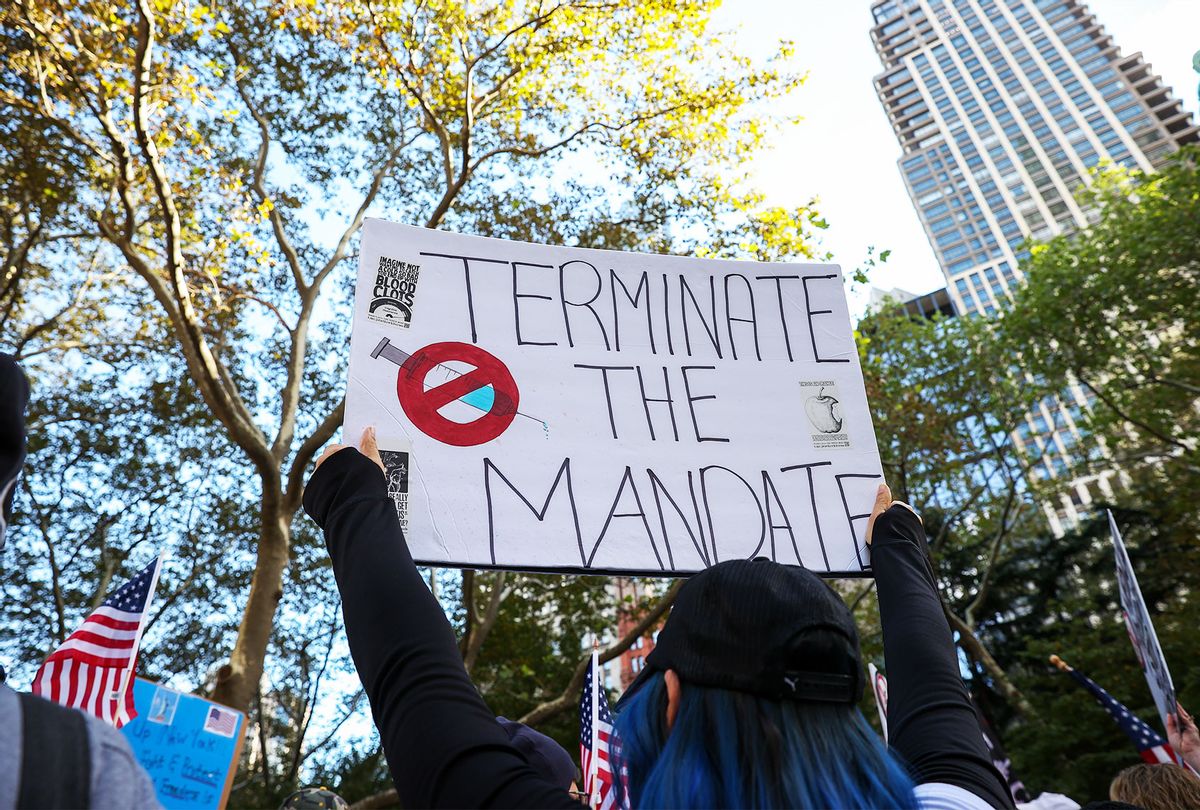 This past month, the gap in COVID-19 death rates between counties that voted for Donald Trump and President Biden has been higher than ever recorded, according to a New York Times analysis, likely due to lingering Republican hesitancy over the safety of the vaccine.

This month, about "25 out of every 100,000 residents of heavily Trump counties died from Covid, more than three times higher than the rate in heavily Biden counties," the Times found. The analysis – which defines "Trump counties" as any that saw at least 60% of their electorate vote for Trump in the 2020 election – also observed that the gap appears to be climbing.

According to the Times, the difference is most likely explained by the emergence of the COVID-19 vaccine, which has seen much higher rates of hesitancy amongst conservatives. In fact, prior to the vaccine, when the nation saw a marked partisan discrepancy in the use of public health measures, there was a marginal partisan difference in the death rates.

"The true explanation is straightforward," explained the Times' David Leonhardt. "The vaccines are remarkably effective at preventing severe Covid, and almost 40 percent of Republican adults remain unvaccinated, compared with about 10 percent of Democratic adults."

Among those who refuse to get vaccinated, roughly half are "unlikely to change their minds," according to NBC News. It remains unclear whether the gap will continue to widen given the country's entrenched hesitancy around the safety and effectiveness of the vaccine – a sentiment that's been largely fueled by right-wing news sources like Fox News. According to a Media Matters analysis from July, almost 60% of segments about the vaccine "included claims that undermined vaccination efforts."

Over the past several months, vaccine skeptics have increasingly taken to pseudoscience, erroneously touting anti-parasitics like hydroxychloroquine and ivermectin as miracle drugs – neither of which have been approved by the Centers for Disease Control or the FDA as valid forms of treatment. In some cases, families of COVID patients across the nation have sued hospitals that refuse to administer ivermectin to their loved ones.

RELATED: The conservative group using the courts to push ivermectin on COVID patients

Despite lingering fears around the vaccine, Leonhardt predicted that the partisan death gap will likely diminish due to elevated natural immunity within conservative areas as well as the entrance of antivirals in the drug market.

Earlier this month, Pfizer claimed that its antiviral pill was "highly effective" in a recent clinical trial of particularly at-risk patients, according to the Times. Merck is developing a similar antiviral pill designed to make the virus more manageable.

At present, 58% of America is fully vaccinated. Experts say that, as the vaccination rate increases and new treatments emerge, the coronavirus is likely to become endemic, meaning that it will have a constant but vastly reduced presence in the U.S. population, according to CNN.

"What we hope to get it at is such a low level that even though it isn't completely eliminated, it doesn't have a major impact on public health or on the way we run our lives," Dr. Anthony Fauci, director of the National Institute of Allergy and Infectious Diseases, told the US Senate Committee on Health, Education Labor & Pensions on Thursday. "So, if we get more people vaccinated globally and more people vaccinated now, hopefully within a reasonable period of time we will get to that point where it might occasionally be up and down in the background but it won't dominate us the way it's doing right now."