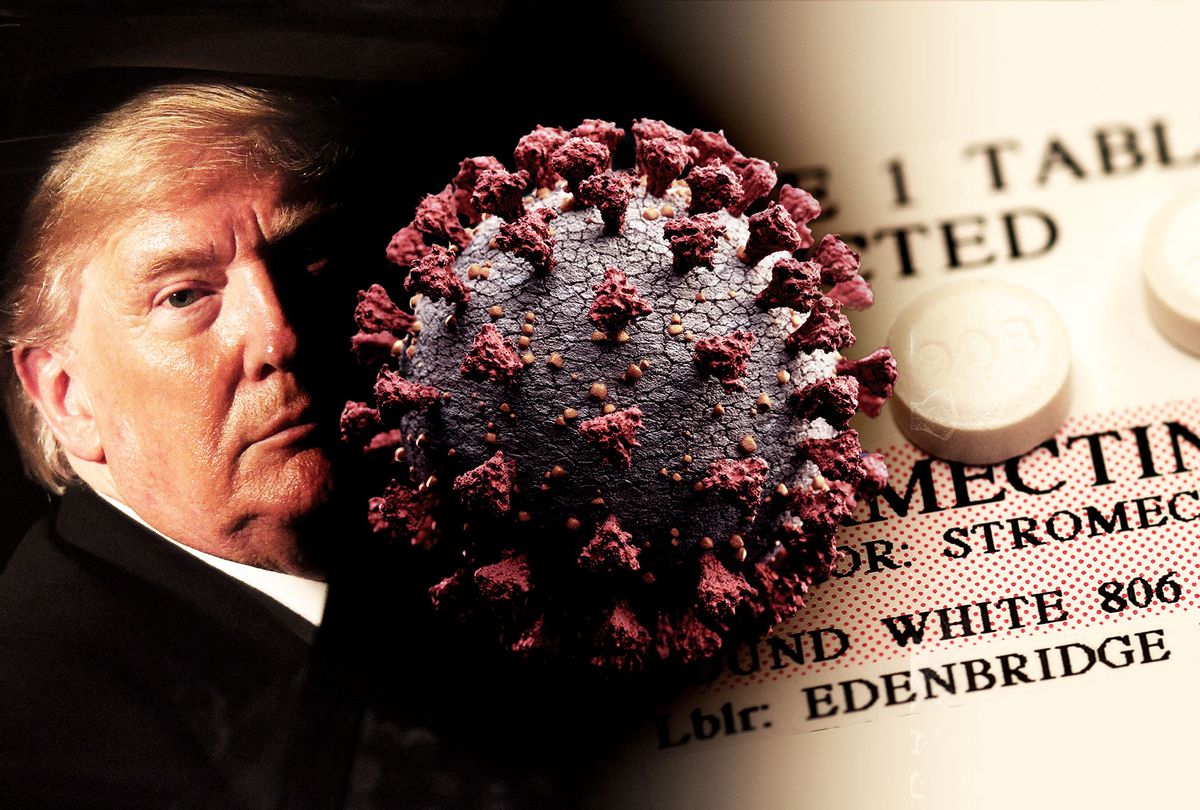 Two years ago, ivermectin was an obscure drug consigned only to those who had the rare displeasure of contracting parasites like scabies or river blindness. American doctors wrote a mere 150,000 prescriptions for the drug in 2019 – roughly 0.1% of the prescriptions written for Lipitor, a widely used atorvastatin designed to lower cholesterol.

Last year, however, as the pandemic raged on and conservatives stood their ground against common sense public health measures like masks and vaccines, ivermectin became a household name. Despite lacking proper consensus from the scientific community, the drug has been widely touted by right-wing pundits, politicians, and entrepreneurs as the unofficial magic bullet for COVID-19.

In many ways, the right-wing frenzy around ivermectin can be traced back to that of hydroxychloroquine, which was last year baselessly extolled by Donald Trump and many of his supporters in media and Congress. However, ivermectin appears to have taken a much stronger hold over Trump's following (and beyond), benefiting from a robust network of profit-seeking providers continuously selling it to thousands of Americans.

Over the last several months, much of the battle to normalize ivermectin as a legitimate COVID treatment has played out in courts, which have seen a sudden surge in lawsuits filed against hospitals unwilling to administer the drug. Such offensives have arisen in states like Louisiana, Illinois, California, Kentucky, Delaware, Texas, and more.

"I've never encountered this and I've been in practice over 40 years," Dr. Rodney Hood, who serves on the National Medical Association's COVID-19 Task Force on Vaccines and Therapeutics, told FiveThirtyEight. "You don't get treated based upon what you feel or think," Hood said. "There are certain approved treatment regimens for certain diseases. If [what a patient is demanding] doesn't fit within that regimen, then you cannot treat them."

In one of the most widely publicized cases from August, Julie Smith, the wife of a 51-year-old coronavirus COVID patient in Ohio, sued a Cincinnati-based hospital network for not administering the ivermectin to her husband, demanding that the hospital deliver a three-week course of the drug. That month, Smith saw a favorable ruling from Butler County Judge Gregory Howard, who formally ordered the hospital to administer the drug to her husband despite warnings from the Centers for Diseases Control that its use could be unsafe. In September, the decision was reversed by a different Ohio judge, who noted that "medical and scientific communities do not support the use of ivermectin as a treatment for COVID-19."

In May, Desareta Fype, the daughter of a 61-year-old woman with COVID-19, similarly sued an Illinois hospital after all of its affiliated doctors refused to administer ivermectin to her mother. A judge later told the hospital to "get out of the way" and allow any board-certified doctor to give Fype's mother the drug, according to The Daily Herald. The hospital's attorney, Daniel Monahan, said that 20 physicians and 19 other health care workers at the hospital all refused to deliver the medicine despite the ruling, ultimately prompting Fype to hire an outside doctor to administer the drug.

While many of the ivermectin suits have been filed by seemingly unconnected individuals throughout the country, there do appear to be several common threads.

One of these threads is Ralph Lorigo, who this year became the most "in-demand" attorney for plaintiffs looking to compel the use of ivermectin in hospital systems for their loved ones,  according to The Daily Beast. Lorigo helms a general practice law firm in West Seneca, New York, and has reportedly worked on at least 60 ivermectin cases, per a Journal News report. The attorney, who represented both Julie Smith and Desareta Fype, claims to be "largely successful" in delivering wins, allowing patients to force ivermectin's use.

Citing an array of dubious studies, Lorigo told the Beast that his legal actions are aimed at delivering "last-ditch" treatment for patients that have exhausted every option. But many medical professionals argue that the suits put unnecessary strain on hospitals that are already buckling under the weight of a pandemic.

"Hospitals are dealing with the unvaccinated COVID-19 patients at a very high pace," Dr. Amesh Adalja, a senior scholar at the Johns Hopkins Center for Health Security, told the Beast. "And then you're going to burden them by filing a lawsuit or creating legal problems over them trying to provide the best care for these people who chose not to be vaccinated and who are now crushing their hospitals?"

Timothy Brewer, an epidemiology professor at UCLA, added that Lorigo's "why not?" approach is far from justified, largely because the studies proffered by Lorigo are hardly conclusive, potentially adding complications to drugs patients are already being given. For instance, many of the studies use statistically insignificant sample sizes, deliver unsafe doses of the drug, or were written by doctors with clear conflicts of interest.

In recent months, Lorigo, the chairman of New York's Erie County Conservative Party, has said that his business has become effectively consumed by ivermectin suits, telling SpectrumNews1 that he receives "somewhere between 80 and 150 emails and requests for information and help" on a daily basis.

"We freely give the information. I've been here seven days a week for the last seven weeks without a day off, trying to get people the information that they so desperately need," he added.

It remains unclear how much the attorney profits from each suit – or how the suits are structured. Asked who fronts the money, Lorigo refused to answer. According to Bloomberg Law, he alleges that he offers his services at a "reduced rate."

Aside from Lorigo, another common thread in the ecosystem of ivermectin litigation is America's Frontline Doctors (AFLD), a conservative political group founded by Dr. Simone Gold in 2019.

AFLD is arguably the most dominant force currently working to legitimize ivermectin as a valid COVID treatment, connecting hundreds of patients with drug providers happy to fuel what's become a multimillion-dollar industry in ivermectin sales, Time reported. The Intercept estimated that, between mid-July to mid-September of this year, AFLD and its partners raked in roughly $6.7 million in revenue by coordinating telehealth consultations for the drug. But in the process, the group reportedly bilked hundreds of unsuspecting customers out of thousands in consultation fees by, in many cases, failing to deliver the drug at all.

Irwin Redlener, who directs the National Center for Disaster Preparedness at Columbia University said that the group AFLD is "the 21st century, digital version of snake-oil salesmen."

"And in the case of ivermectin, it's extremely dangerous," he added.

Throughout the pandemic, AFLD waged a whole host of right-wing disinformation campaigns. It advocated for the use of hydroxychloroquine, called lockdowns "mass casualty events," disputed the efficacy of mask-wearing, and alleged that death certificates were being forged to artificially inflate the pandemic death toll.

While Gold has reportedly labeled the group "grassroots," AFLD is led by a cavalcade of high-brass conservatives with roots in think tanks and advocacy groups like the Heritage Foundation, the American Legislative Exchange Council, and FreedomWorks. Its founding director, Jenny Beth Martin, is the co-founder of the Tea Party Patriots, a right-wing group started in opposition to President Obama's domestic agenda before becoming a pro-Trump outfit.

On top of AFLD's connection to the Tea Party Patriots, the group is also affiliated with the Council for National Policy (CNP), a "shadowy coalition" founded in 1981 "that coordinates initiatives among conservative megadonors, political operatives, and media owners, many of them Christian fundamentalists," the Washington Examiner reported. Conservative businessman Richard Uihlein​​ gave the group $4.3 million over a five-year period through 2020.