"Squid Game" Season 2 could change the world: "Do we really have to live in a world like this?"

Director Hwang Dong-hyuk confirmed that he's developing a second season, and its effects could be international 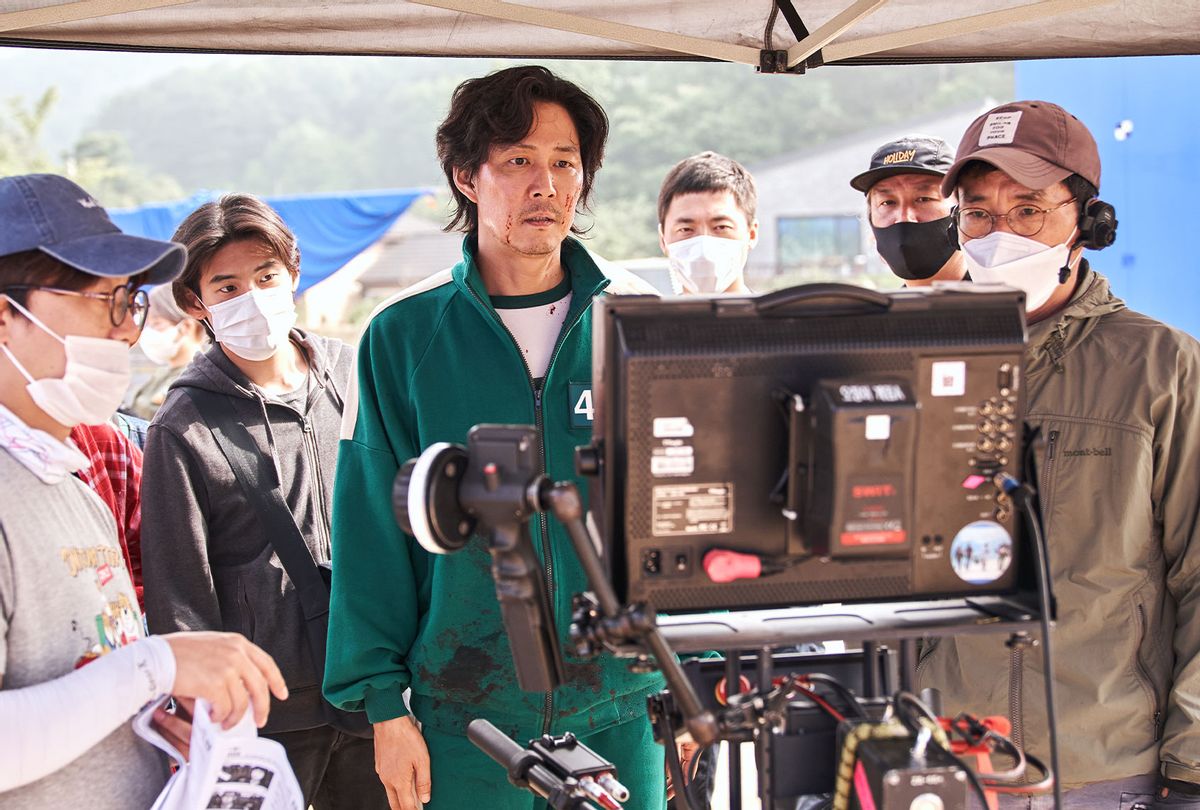 The key to our salvation may lie with Gi-hun, the now red-haired protagonist of Netflix's hit Korean drama "Squid Game." At a For Your Consideration screening and Q&A that Salon attended on Monday night, creator Hwang Dong-hyuk hinted as much to the audience gathered at NeueHouse Hollywood.

"I made 'Squid Game' in hopes that it's not just going to be a show that you watch and you're just done with it," Hwang told the audience through an interpreter. "But like you see in the last scene when Gi-hun looks directly into the camera, and it's almost like he's asking you this question, 'Do we really have to live in a world like this? And is there anything we can do to change that?'"

This comment appears to dovetail with the lastest news that the thrilling series will return for a second season that's already in the works.

"There's been so much pressure, so much demand and so much love for a second season," Hwang told the Associated Press on the red carpet for the event, in a video posted Tuesday. "So I almost feel like you leave us no choice! But I will say there will indeed be a second season.

"I do think it's too early to say when and how that's going to happen," he continued. "So I will promise you this: Gi-hun will come back. He will do something for the world."

In "Squid Game," hundreds of desperate, impoverished people play deadly versions of children's games for a chance at winning a $40 million pot, while wealthy VIPs bet on their fates. Gi-hun, played by Lee Jung-jae, triumphs in the end, but the finale implies he hasn't spent any of his earnings on himself but is instead set on putting an end to the games.

The last scene portrays Gi-hun as a man on the mission, turning away from boarding the plane bound for America and heading back to confront and presumably stop the founders of the games.

"I thought that might be a good, simple-but-ambiguous way to end the story for Gi-hun," Hwang said to The Hollywood Reporter in October. He originally saw this as the ending of the series, but has more ideas to explore the show further — specifically, with regard to how Gi-Hun is now "going to navigate through his reckoning with the people who are designing the games."

It's to be noted that while Hwang confirmed he's working on developing a second season, Netflix has yet to make an official announcement. Of course, seeing as how "Squid Game" is its most watched show ever, a follow-up installment is a no-brainer. The streamer's push for show to get awards recognition, as evidence by the FYC event, is another clue to the show's expected renewal.

Hwang's declaration is the first time he's acknowledged having a solid idea for moving forward. The acclaimed director is best known for his insightful films that have tackled topics ranging from transnational adoption to the abuse of students at a school for the deaf. Writing the eight-episode "Squid Game" was taxing in a way that he hadn't experienced before, and left him almost bereft when it came to even considering continuing the series.

In the past Hwang had also considered other ideas for Season 2, such as exploring the story of police officer Hwang Jun-ho (Wi Ha-joon), who discovers that the masked Front Man running the games is none other than his brother, who disappeared years ago. "If I end up creating Season 2, I'd like to explore that storyline — what is going on between those two brothers?" Hwang said at the time, adding, "And then I could also go into the story of that recruiter in the suit who plays the game of ddakji with Gi-hun and gives him the card in the first episode."

In other words, yes, most of the show's most prominent characters died in Season 1, which makes sense because the show is literally about a series of games designed to kill as many people as possible. But there are still many threads left to be pulled, more back stories to explore, and plenty more critiques to be made about the deadly nature of predatory capitalism, not just in Korea but around the world.

It's worth noting that Hwang told the AP that Gi-Hun "will do something for the world" — he could be speaking generally, but it's also entirely possible that "Squid Game" may next explore how different variations of the games exist not just in Korea, but everywhere. The foreign VIPs in the series mention that the South Korean version of the contest was their favorite, implying that others exist elsewhere.

Taking the series beyond South Korea could make sense. After all, the show is a hit for Netflix's global audience, resonating with viewers on multiple continents. Its anti-capitalist themes and observations about poverty are unfortunately all too relatable in this COVID world. While Hwang and his stars certainly celebrated the show's success at the glitzy Hollywood event Monday, it's clear that his mind was still on the show's original purpose and on real-life matters.

"During production, of course, the pandemic hit everyone globally, and that also has exacerbated the huge growing gap between the wealthy and the poor," he said. "We read it in the news, and we also feel it in our lives. I studied here back in early 2000s. And I actually visited LA about three or four years ago. And when I first visited after many years, this time I was very saddened to see so many people without homes. And I thought to myself, 'So many more people are now in pain.' There is such a huge and worsening wealth gap that so many people unfortunately have to go through."

Clearly, problems with wealth inequality and the deadly, exploitative perils of capitalism are by no means limited to Korea. Here in the U.S., one need only look to the rise of an American game show to get your student loans paid off, or the ways military recruitment relies on the promise of paying prospective students' tuition to know that wealth inequality is a pretty serious issue here, too. Poverty, desperation, and bored rich people exist everywhere in the world, and it sounds like in Season 2, Gi-Hun might very well confront this reality outside of his home country or at least have his actions reverberate beyond South Korea.