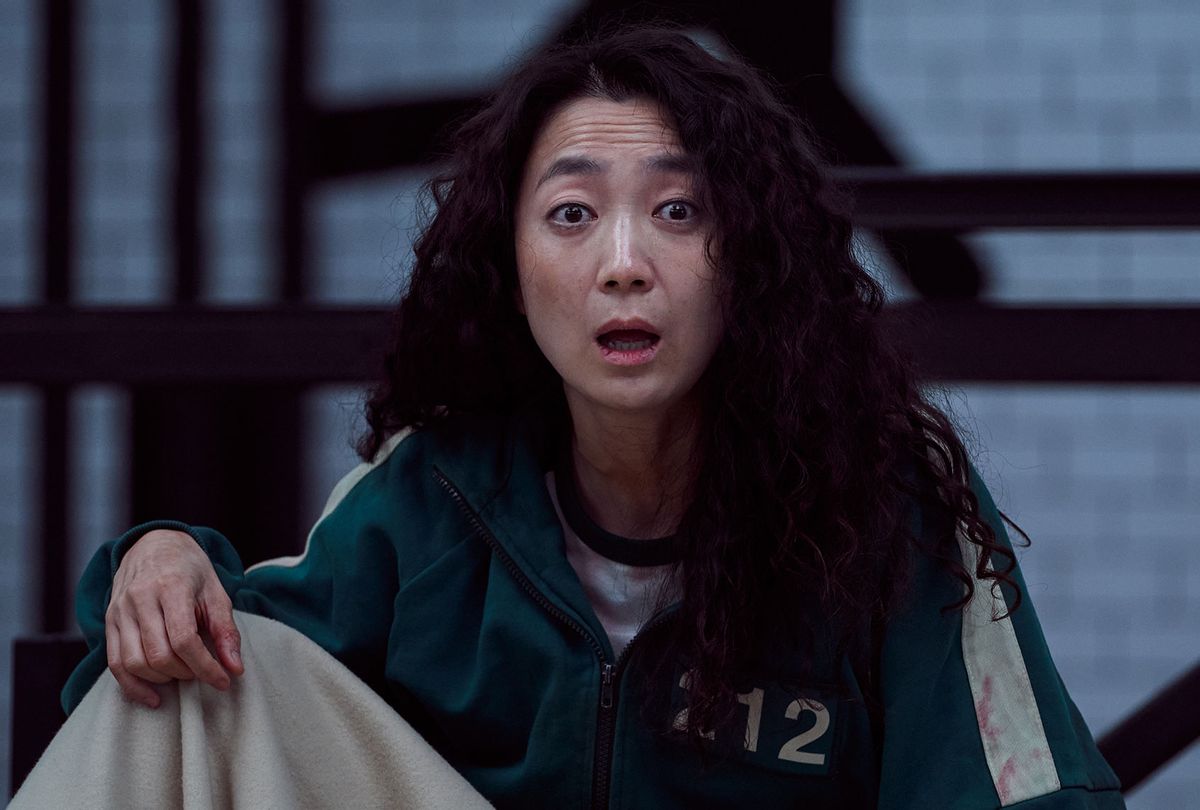 Netflix's "Squid Game" has taken the world by storm, and defied all expectations of the foreign language series that began streaming last month. Set in South Korea, the show follows a mass of desperate, impoverished contestants playing lethally dangerous adaptations of children's games for a chance at about $40 million U.S. dollars.

"Squid Game" has drawn both critical acclaim and a massive global audience. And now, some are pointing out how it could have been even better — namely through more accurate English subtitles.

One "Squid Game" fan who's fluent in Korean shared a now viral TikTok in which she highlights how the English translations of the subtitles have resulted in meaning being lost in some of the dialogue, as well as the erasure of mainstream Korean popular culture. "The dialogue was so well written and zero of it was preserved [in the subtitles]," Youngmi Mayer said in a Twitter post.

According to Mayer, this was especially true for the character 212, or Han Mi-nyeo (Kim Joo-ryeong), whose lines were particularly changed or decontextualized in the English translation. Mi-nyeo is one of the more controversial characters of "Squid Game," as a brash, seemingly fearless woman who is constantly mouthing off to the guards who hold the power of life or death over the contestants, and often spars with 101, Jang Deok-su (Heo Sung-tae), who torments and abuses her.

In one specific clip, the given English translation for a line from Mi-nyeo awkwardly reads, "I'm not a genius, but I still got it work out. Huh." But per Mayer's translation in her TikTok, the actual line is closer to "I am very smart. I just never got a chance to study." This, according to Mayer, is a popular saying in Korean media, roughly meaning that Mi-nyeo is probably "street smart," but not formally educated like some of the other contestants participating in "Squid Game."

This clip is just one of many examples of Korean popular culture and deeper meanings being lost in the English translation. But it's an especially significant mistranslation given what it reveals about the unequal backgrounds of the game's contestants, with some having formal or even decorated educational backgrounds, and others not. Considering how the guards and creators of the fictional Squid Game have repeatedly impressed upon the contestants that they prioritize fairness and equality, the significant differences in background, skill and ability among the contestants poke a hole in this narrative.

Now that Youngmi's TikTok has drawn more than one million views, and her Twitter posts on the matter have also drawn thousands of retweets, some "Squid Game" fans are highlighting that there is another English subtitle option available to viewers, and Youngmi's TikTok focuses on the English closed captioning subtitles rather than the English language subtitle option. Closed captioning subtitles are auto-generated and often less accurate.

Youngmi has since acknowledged this, and called the English language subtitles — which differ from the closed captioning subtitles — "substantially better." But this translation is also ultimately lacking the full magic and breadth of the Korean dialogue. "The misses in the metaphors – and what the writers were trying to actually say – are still pretty present," Youngmi has said.

As foreign language media become more popular and accessible – especially following the 2019 Oscar triumph of the Korean-language movie "Parasite" and Netflix's overall international strategy – there have also been criticisms of translations and subtitles failing to capture the full meaning of the onscreen dialogues. In Youngmi's TikTok and tweets, she's stressed that this isn't the fault of translators, but lacking working conditions and investments made in accurate and quality translations.

"The reason this happens is because translation work is not respected and also the sheer volume of content," Youngmi wrote. "Translators are underpaid and overworked and it's not their fault. It's the fault of producers who don't appreciate the art."

Netflix has yet to comment on the controversy around subtitle translations in "Squid Game," as fans desperately await news about a highly anticipated, potential second season.