Why the coronavirus is unlikely to mutate into something deadlier

The virus may have reached "peak fitness," experts say — here's what that means 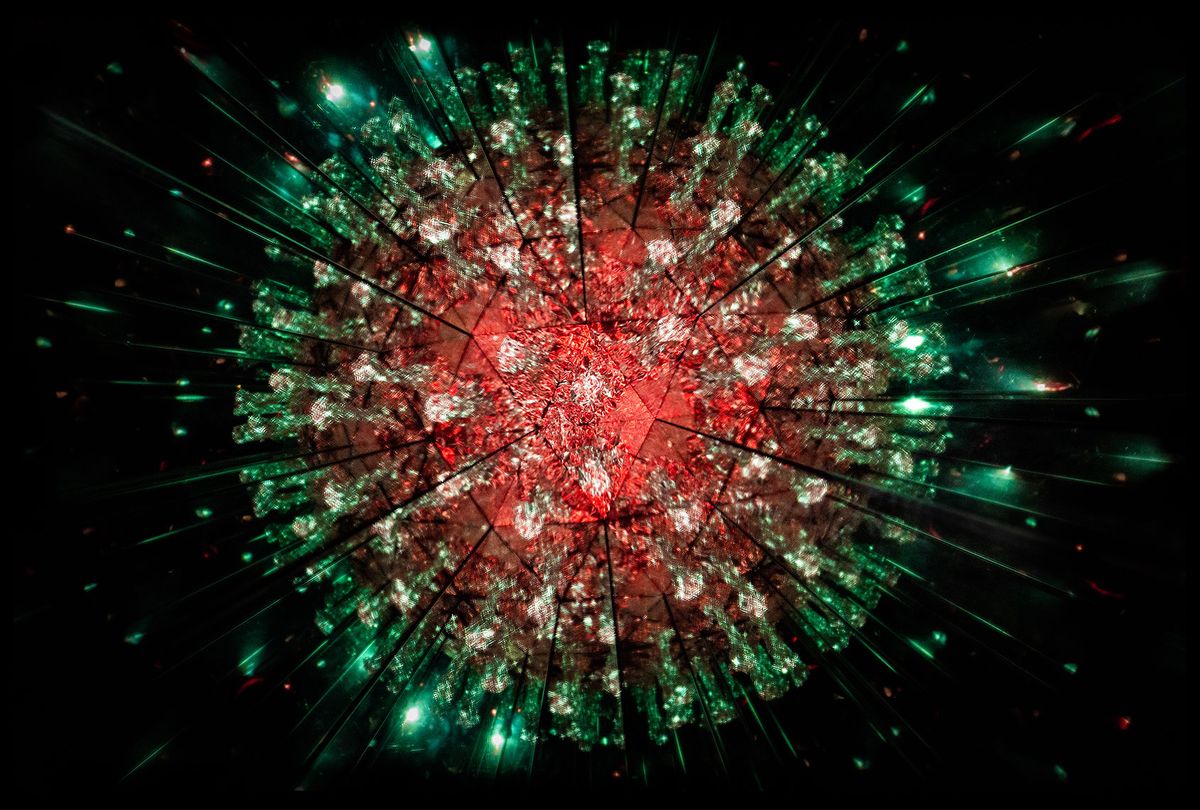 The idea of a once-mild virus might mutate into a deadly pathogen is a staple of science fiction, and a common fear since the dawn of the pandemic. Many of the SARS-CoV-2 virus' relatives, genetically similar viruses like SARS and MERS, have far higher mortality rates compared to the novel coronavirus, which hovers around 2 percent. Though higher than other seasonal viruses like the flu, COVID-19's mortality rate is just low enough to avoid the serious, civilization-threatening social disruptions that a more deadly pandemic might cause.

Now, as widespread vaccine adoption is slowly winding down the pandemic, fears of further mutation threaten our return to normal. Yet are such fears founded? And just how likely is it for SARS-CoV-2 to mutate into something deadlier?

The answer hinges on a deeper understanding of how viruses mutate. RNA viruses like SARS-CoV-2 are, of course, always mutating; every replication in a hosts' cells create a moment for a chance mutation to emerge. While viruses are technically not alive, it is their nature to mutate and evolve as they infect hosts' cells and replicate; this is how they survive.

"Viruses replicate and survive and pass their genes to the next generation just by making more copies of themselves," Sasan Amini, founder and CEO of Clear Labs, a private genomics company, previously told Salon. "This replication process is not a perfect process, meaning that while you're going through the replication process errors will be introduced."

These errors, Amini said, are often self-correcting — which results in creating copies that are almost identical to each other. Hence, mutations aren't always a bad thing; in most cases, mutations are harmful to the virus' ability to reproduce, and thus often eliminated in the process of natural selection. However, if a mutation has a competitive advantage — like increased transmissibility — that mutation can outcompete a previous variant.

A virus' evolutionary strategy can be likened to animals with specific environmental niches: owls, for instance, evolved to be able to survive in one environment all year long, rather than having to migrate like other species of birds. In general, the process of evolution favors those who reproduce faster and better than their siblings. For viruses, this happens when they become more transmissible.

If this story sounds familiar, it's because this is what happened with the highly transmissible delta variant, which has spread 50% faster than the alpha variant and is 50% more contagious than previous variants. According to the Centers for Disease Control and Prevention, this increase in contagiousness means that the delta variant can cause two times as many infections compared to previous variants, which is how it became the predominant variant in the United States. In other words, the delta variant thrived because of its transmissibility.

However, there is no conclusive evidence that suggests delta is more deadly. According to the CDC, some data suggests that it might cause more severe illness. For example, in two separate studies from Canada and Scotland, those who were infected with the delta variant were more likely to be hospitalized than those who were infected with alpha or the original variant that caused the pandemic. Yet a majority of these deaths were in unvaccinated people.

Indeed, scientists tell Salon that from an evolutionary perspective, mutating to become more deadly is not a successful evolutionary strategy for viruses in general. If a virus kills its hosts, how can it spread?

This is why Monica Gandhi, an infectious disease doctor and professor of medicine at the University of California–San Francisco, told Salon viruses usually evolve to become more transmissible — not more lethal.

"They want more baby virus copies of themselves; they don't usually evolve to kill their host more readily because that's actually not very smart," Gandhi said.

That doesn't mean that deadlier mutations can't emerge — rather, that it is uncommon. Indeed, there are other viruses that exhibited this adaptation.

Curiously, this tendency for viruses not to mutate into more deadly strains has been exploited by COVID conspiracy theorists and anti-vaccination advocates in a deceptive way. According to AP News, a post on Facebook circulated widely which stated: "In the history of virology, there has never, EVER, been a viral mutation that resulted in a virus that was MORE lethal. As viruses mutate, they become more contagious/transmissible and LESS lethal." The central thesis of this claim is false, as deadly viruses like Ebola illustrate. Ebola is a norovirus that evolved to cause such severe symptoms in its hosts for the sake of transmissibility, though these same symptoms end up killing its host, too.

Still, Ebola is an unusual case.

"The virus, speaking anthropomorphically, just wants to spread and have its genes replicated," Dr. Amesh Adalja, a senior scholar at Johns Hopkins University's Center for Health Security, told AP News. "If the best way for it is to spread by causing severe symptoms it will continue to do that."

For this reason, Gandhi said Ebola is "not a very smart virus."

Meanwhile, some scientists have wondered if the delta variant of SARS-CoV-2 has reached "peak fitness," meaning that its genes are optimized in such a way that it is as transmissible as it can get. A virus that has achieved peak fitness will have minimal future mutations.

"More-fit variants can be expected to emerge over time (the occurrence of which will need to be monitored meticulously, as these pose a potential public health threat), but we believe that these will not continue to emerge indefinitely: nothing is infinite in nature, and eventually the virus will reach its form of 'maximum transmission,'" scientists wrote in a letter to the editor in Nature. "After then, new variants will provide no further advantage in infectivity. The virus will thus stabilize and this 'final' variant will prevail and become the dominant strain, experiencing only occasional, minimal variations."

Yet delta recently mutated further into a more worrying variant. As I previously reported, AY.4.2, also known as the "delta plus" variant, has two mutations to the spike protein, which can better assist it in invading its host's cells. Data from the United Kingdom suggests that this delta plus mutation might be more transmissible, but research is still being conducted.

Experts told Salon they weren't worried about AY.4.2, but it was something to monitor.

"This is the only one that we're watching, just because it could be more transmissible," Gandhi said. "None of the other ones were more transmissible." Gandhi emphasized that there was "simply no evidence that it beats the vaccines, which is, of course, the scariest thing that could ever happen from a variant."

Salon asked Gandhi about the idea that a future mutation might be more vaccine-resistant. Viruses are relatively simple structures; Gandhi said that there was a limit to the number of mutations that the virus could have before it was no longer functional.

"It's hard to imagine that could happen," Gandhi said. "If you develop so many mutations across the spike protein to evade T cell immunity, you've probably ruined the virus."

In any case, if a more transmissible and vaccine-resistant variant does somehow emerge, the good news is that mRNA vaccine makers Pfizer, Moderna and AstraZeneca are working on "dress rehearsals" to modify existing vaccines to combat the hypothetical variant.

"At some point, inevitably, we're going to have to make variant vaccines — if vaccines are the way population immunity will be maintained — but we're not at the point where we can confidently predict the evolution of the virus," Paul Bieniasz, a virologist at the Rockefeller University in New York City, told Nature.