"This is very much a mystery in progress": Scientists explain everything we know about delta so far

"We don't actually know where this is headed," one expert told Salon 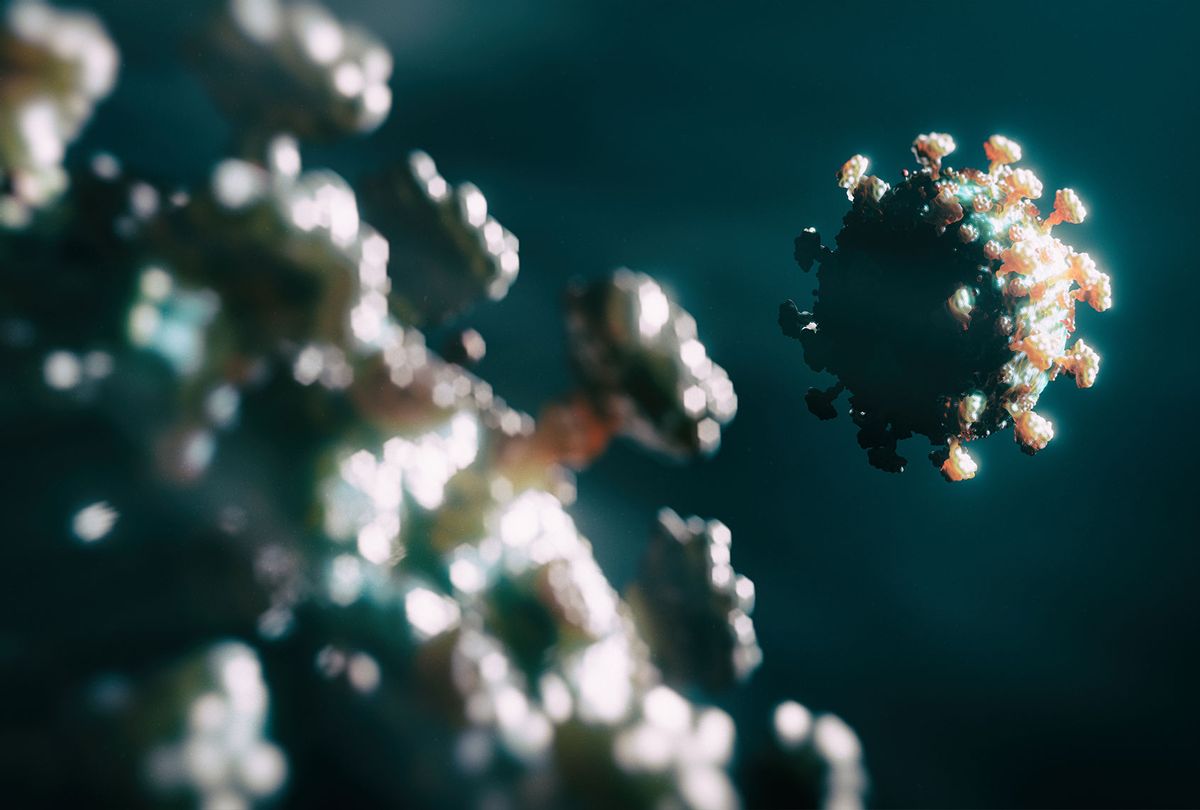 A year ago, epidemiologists were concerned that a vast number of coronavirus infections may in turn spur a number of dangerous mutations — ones that might evade vaccines, spread more rapidly (or even outdoors), or infect the vaccinated.

The delta variant ticks many of the boxes of this long-prophesied nightmare scenario. It is a mutant, a more infectious offshoot of the SARS-CoV-2 virus. A recent report by the Centers for Disease Control and Prevention (CDC) noted that the variant is as contagious as chickenpox and seems to cause more severe illnesses. Even scarier, the delta variant can even be transmitted by patients who have already been vaccinated.

So what do we know for sure about this new strain? What can experts tell us?

"The mutations of the delta variant enable it to have a shorter incubation period, creating a higher viral load in the nose, and, thereby, making it more transmissible," Dr. Monica Gandhi, infectious disease doctor and professor of medicine at the University of California–San Francisco, told Salon by email. "That is the main effect of the delta variant that we can see, meaning it is driving up cases and hospitalizations among the unvaccinated."

Gandhi added that, because the more transmissible variant can enter the mucus lining of our nasal cavities more effectively, vaccinated people are more likely to experience mild breakthrough infections (meaning infections that occur despite someone being inoculated against a given disease). That said, she emphasized that vaccines are still very effective against the delta variant, "preventing 88% of symptomatic infections and 96% of hospitalizations in population-level UK data. The delta variant has told us that we need higher levels of immunity to get through this particular strain which is why we need even more of our population vaccinated."

Justin Lessler, a professor in the Department of Epidemiology at the UNC Gillings School of Public Health, told Salon that the rise of the delta variant has sobering implications for the future of the pandemic.

"In the short term it is going to lead to resurgences across the country, particularly in places where we have low vaccination rates, but eventually immunity will win out and those epidemics will recede," Lessler explained. "Longer term, it is a reminder that this virus will continue to evolve and likely be with us for some time, but in future years it may stop being a public health threat as preexisting immunity stops severe disease. Getting high vaccination coverage is the fastest and safest way to get to that point."

There are a few mutations that define the delta variant. One, known as P681R, increases the viral load, as Gandhi described earlier. Another mutation, D614G, is believed to make the SARS-CoV-2 virus' spike protein more dense, which could help the virus more easily invade cells and evade the body's defenses. A mutation called L452R may perform a similar function by helping the virus fight off antibodies, our immune systems' way of neutralizing threats. Other mutations abound that also help the virus become more infectious and, quite possibly, more dangerous.

"The delta variant has mutated into a form that attaches to your cells easier and makes more many more copies of itself that the original strains," Dr. Georges Benjamin, executive director of the American Public Health Association, wrote to Salon. "In unvaccinated people it does this much more easily than in vaccinated people. Thus people who are vaccinated can destroy the virus better than people who are unvaccinated."

Benjamin added that there are other consequences to these mutations. The virus not only infects unvaccinated people more easily and makes them sicker by being able to replicate with fewer obstructions, but "it also seems to attack younger people, pregnant women and people with chronic diseases who are unvaccinated."

"The impact is mostly seen in the parts of the country where vaccination level are low," Benjamin emphasized, noting that vaccinated people are still "largely protected from infection, severe illness and death."

Irwin Redlener, leader of Columbia University's Pandemic Response Initiative, told Salon that there is also a great deal we don't know about the delta variant.

"We don't actually know where this is headed," Redlener explained. "The delta variant is continuing to show us behaviors that we may not have expected in terms of how contagious it is, whether or not people will get a long haul COVID-19 disease from this and other issues. It remains a mystery in progress."

If nothing else, however, Redlener said that this must serve as a warning that we can not afford to become complacent about the possible rise of dangerous and even vaccine-resistant strains.

"In fact, because we're not really controlling the pandemic in the US, and grossly not controlling it globally, we have these hotspots of the pandemic where virus strains can fester and mutate," Redlener observed. "So I am concerned about what we might be facing down the road."