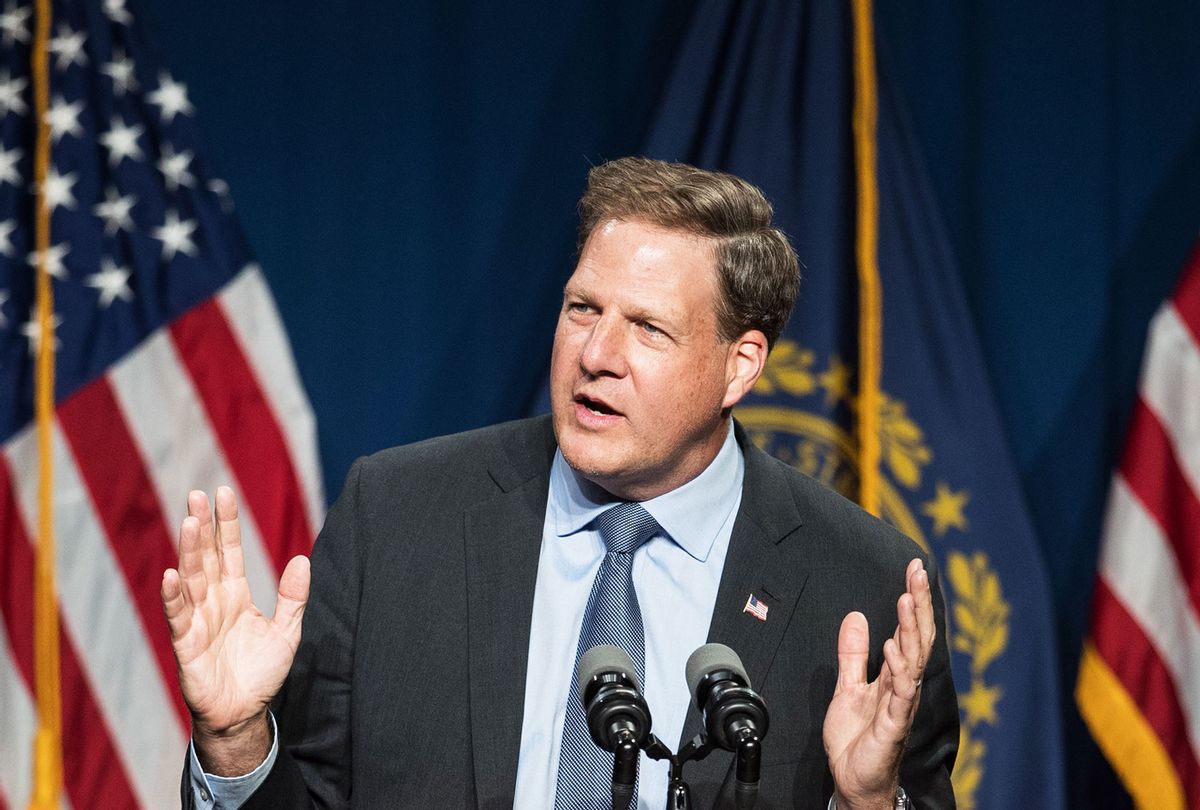 New Hampshire Gov. Chris Sununu on Tuesday announced that he will not be a Republican candidate for U.S. Senate in 2022, potentially endangering Republican hopes of regaining control of the chamber. Sununu was seen as the likely favorite in a potential general-election race against Sen. Maggie Hassan, D-N.H., whose odds of winning re-election now seem much improved.

Sununu's surprise revelation came during a Tuesday press conference, in which he announced that rather than running for Senate he would seek a fourth term as governor of the Granite State.

"My responsibility is not to the gridlock and politics of Washington, it is to the citizens of New Hampshire. I'd rather push myself 120 miles an hour delivering wins for New Hampshire than just slow down and end up on Capitol Hill debating partisan politics without results," Sunuunu told reporters.

"That's why I'm going to run for a fourth term. And I'd be honored if the people in New Hampshire would elect me again as their governor. We have a lot more to do to protect the interests of New Hampshire citizens. And it's just clear that I can be most effective doing that."

Republicans, who perceived Sununu as by far the strongest potential contender for Hassan's seat, expressed frustration that he was damaging the party bowing out early. According to Politico, Sununu had not told Senate Minority Leader Mitch McConnell or Sen. Rick Scott of Florida, who chairs the National Republican Senatorial Committee, of his decision before the public announcement.

"As of this morning, I don't think any high-level folks knew for 100 percent sure what he was doing," an unnamed Republican in Washington told The Hill. "It was a very well-kept secret."

Other Republican insiders suggested that Sununu had broken an implicit promise he made to party leaders.

RELATED: Senate Republicans keep bailing out for 2022, opening the door for more Trumpers

"The takeaway was this was handled so poorly," a Republican operative told Politico. "He publicly flirted with it. He hyped it up as this big announcement to the national press, and then bailed in a way that hurts the party's momentum after a big week in Virginia last week."

Others put the blame on national Republicans. One McConnell ally chalked Sununu's decision up to a "recruiting failure" by the national GOP.

Meanwhile, Democrats celebrated Sununu's decision to step away from the race, although it's fair to say that Hassan's seat remains vulnerable. Herself a former New Hampshire governor, Hassan was elected in 2016 by the narrowest margin of any Senate race that cycle, defeating then-incumbent Sen. Kelly Ayotte by just 1,017 votes, or 0.14%.

With Sununu's decision not to run, the main Republican to announce his candidacy is retired U.S. Army general Don Bolduc, who has endorsed Donald Trump's conspiracy theory that the 2020 election was rigged. The Hill reports that Republicans will likely seek to recruit other candidates, including state Senate President Chuck Morse or Frank Edelblut, commissioner of the state Department of Education. According to Politico, Sununu is in talks with other Republicans who may step in.

"I know the governor has had conversations with two people, and I think one of them will take the plunge," said Dave Carney, a New Hampshire-based Republican consultant. "New Hampshire is going to have an excellent election cycle in 2022, with Sununu leading the ticket."