Clichés may grate like nails on a chalkboard, but one person’s cliché is another’s sliced bread

In honor of National Cliché Day, we're exploring the universal hatred yet persevering appeal behind clichés 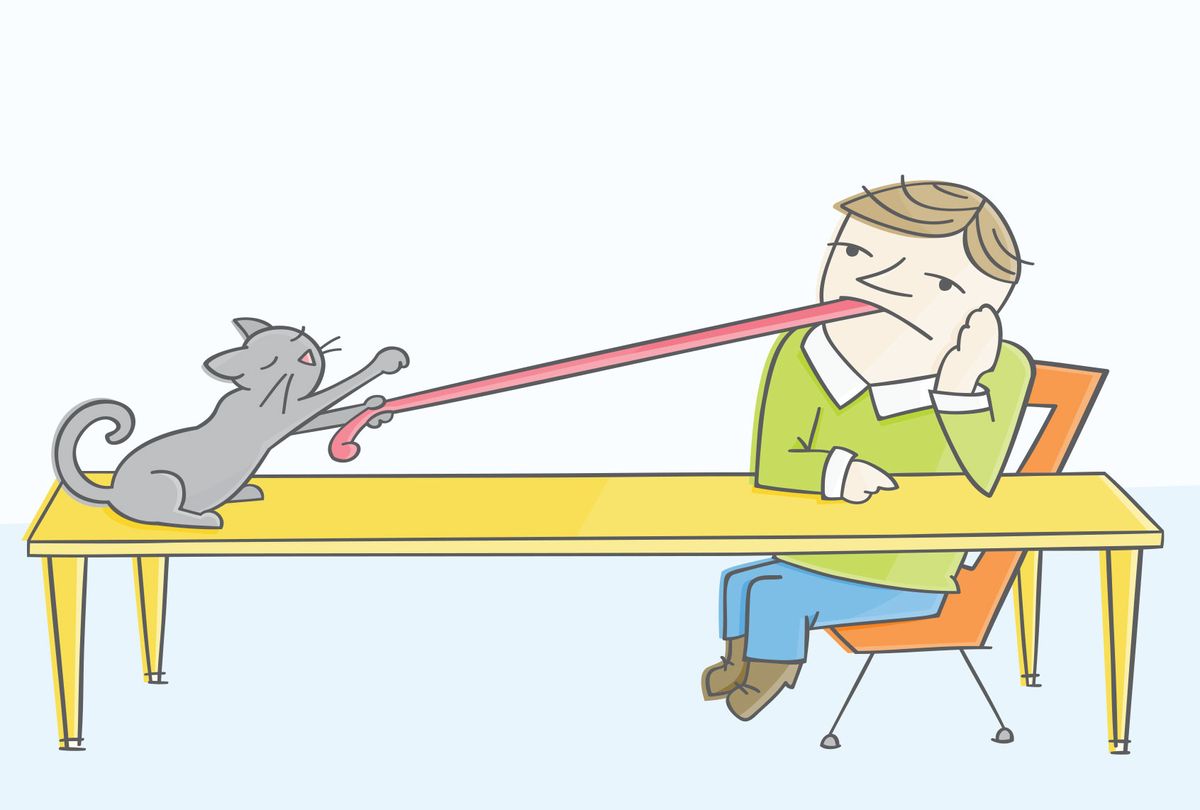 Cat Got Your Tongue? (Getty Images/Auki)
--

If some words are shovel-ready for a conversation, but using them could lead to accusations that you're not giving 110%, then should you stick a pin in them? Or perhaps you could read the room better and send thoughts and prayers to redeem these words. Are we adulting now?

Overused phrases seem to bother people — even professional word nerds like us, a linguist and a folklorist. When it reaches the point of aggravation, they are called clichés (with or without the accute accent).

As Nov. 3 is National Cliché Day, what better time to clear up some confusion about "clichéness." What makes a cliché a cliché? And why do we find ourselves rolling our eyes when we hear certain ones?

When it comes to identifying what these words and phrases are, there are three terms that bump into one another a lot: idiom, slang and cliché.

An idiom is a word or phrase that has a meaning different from the composition of its parts, like "kick the bucket."

Slang is different. Slang is a word or phrase that is a synonym for another but that is also used to reference a social group. "Cheugy," for example, is Generation Z slang for "out of date," especially for things that used to be trendy.

A cliché, similar to slang and idioms, has an audience-focused definition, as it is a word or phrase used so often that it annoys the audience. As the Oxford English Dictionary writes, a cliché is a phrase "regarded as unoriginal or trite due to overuse."

Borrowed from French, cliché comes from the printing process when a metal plate was used to physically transfer ink to paper. The term echoes the imitative sound of the plate coming off the page and was a way to represent an image again and again in nearly identical form. The dictionary notes that the earliest recorded use of the word with its current meaning was in an 1881 complaint about "the constant and facile clichés of diction." Even the early printing usage sometimes fits well with the language sense today: From 1854, "When we . . . are pressed for time, we employ clichee moulds."

Words are words, until they get used together and their sum total meaning is different from what it would be as just added-up parts. Let's go back to the "kick the bucket" idiom, which means "to die" for many people and not actually to strike a container with your foot. There are thousands of idioms in English, and some of those become clichés. Yet even cliches can have longevity: "Red-letter day," "baker's dozen" and "devil's advocate" have been around for centuries.

Peeling back the layers of the cliché

If you are hearing a combination of words for the first time, it cannot be a cliché for you, no matter how often other people have heard it. However, if you hear that combo of words over and over again, like a popular song on the radio, it might dip into the cliché category, especially if you are tired of hearing it.

For some audiences, "adulting" has become a cliché. Here, we have a noun shifted to a new word as a verb: to adult. When that verb then takes on an -ing suffix, it means "carrying out tasks as a responsible grown-up." Now it's an idiom. Its new usage is socially tied to millennials, who experience that transitional phase into adulthood at different — usually later — stages than past generations. Therefore, it is also a slang term and can be used to show off millennial status. Because of its sudden popularity, some folks, like Gen Zers, may feel it is being used too much. Its overuse would make it a cliché for that audience.

Still, there are layers of meaning to different combinations of words, and those layers often depend on who is speaking and who is listening.

Take "devil's advocate," for example. This idiom has been around for centuries, but its usage has more recently dipped pointedly into cliché for many women and minorities who recognize it as a rhetorical move — often used by people with more privilege — to deny or downplay personal experiences of discrimination.

The speaker may not identify "devil's advocate" as a cliché, but those listeners who are frustrated by its harmful overuse certainly do.

Slang works similarly. Older generations may become annoyed when younger speakers constantly develop and overuse new slang terms. Remember "yeet"? It was popular with Gen Z speakers, but even they may now roll their eyes at those who use such outdated clichés.

Why do people use cliches?

People typically don't intend to use a cliché. They are going with a trusted tool in their lexical toolbox, and certain ones frame their conversations.

Particular words may be a cliche for small groups. If you are part of a regular meeting where that one guy always jumps in with "The fact of the matter is . . . ," you may cringe at that phrase. But it's not the phrase's fault; it's that guy's fault for overusing it in that context. Whether or not they are the best tools to use in conversation, clichés are the most accessible.

Conversations are like road trips. We often steer them in certain directions and away from others. We use certain words to alert listeners to turns in the conversation. In driving, we find stop signs in many places, but it would be silly to call a stop sign a cliche: Its predictable shape and color make it immediately recognizable. Words can be used the same way. Signposts like "First," "Second," "So," and "Overall" are used — and used extremely frequently — to help audiences, and most of them are harmless.

Many things that have become cliché were once popular. So people may use clichés to fit in with others, to identify or differentiate their social groups or just to connect with people through familiar language use. Once these clichés are overused, the hippest or most socially aware among us begin to steer the conversation in a different direction. The rest of us usually follow along.

If you are already aggravated with someone who is talking, especially in frustrating contexts, one of the most human things you can do is identify something wrong with their language. If they lean in with a harmless cliché like "To be honest," you may roll your eyes. But a bit of empathy might allow you to skip the banal words and focus on the intended meaning that follows.

Likewise, if you find yourself using clichés with a hurtful impact — like condescendingly trying to correct someone with a "Well, actually . . . " — you might skip those words and their intended meaning altogether.

But for National Cliché Day, let's celebrate how useful cliches can be, as a ready tool for conversation or a starting point for new phrases — which may well become future clichés.