If solid carbon dioxide is confirmed, the resource could be used for self-sufficient lunar habitats 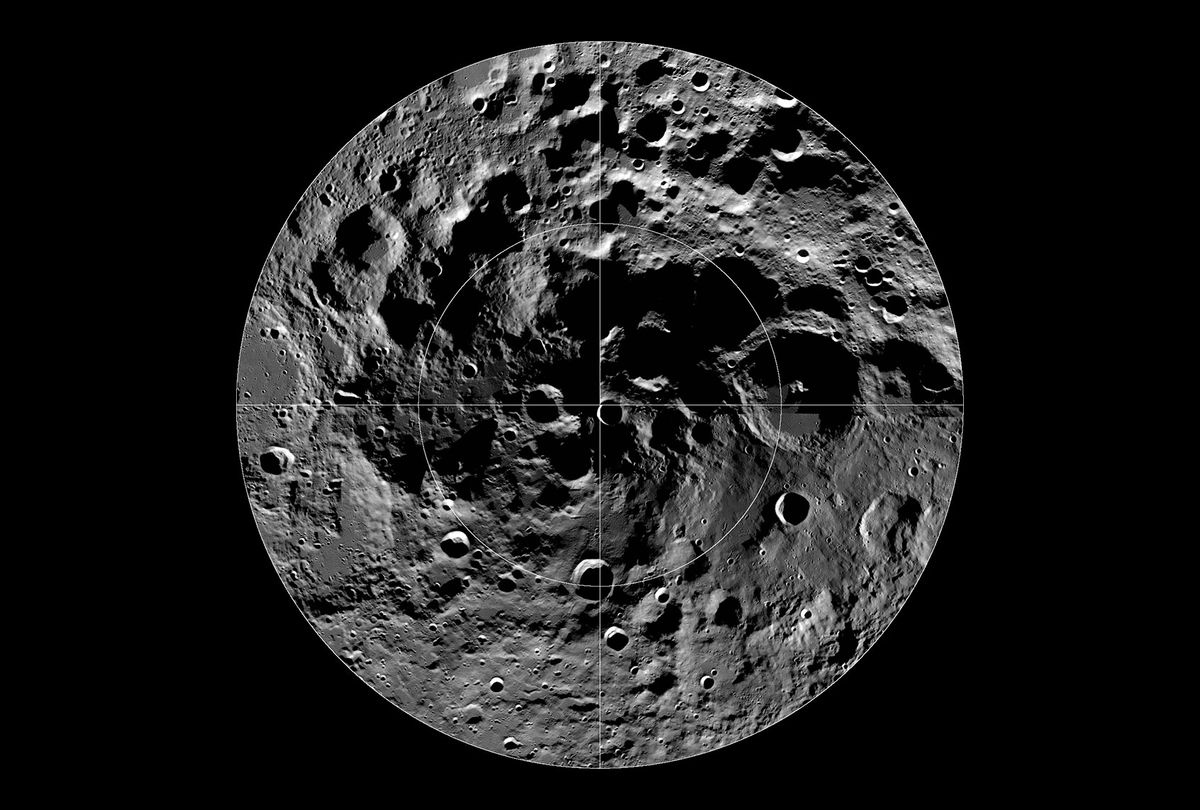 Though the moon was long considered a barren, inhospitable rocky world, researchers over the past few decades have found that the moon has many of the amenities that humans would need to build a self-sufficient habitat. Indeed, recent discoveries of plentiful water ice pockets on the moon tantalized scientists and space agencies. Now, a new finding suggests that there is plentiful carbon dioxide on the moon as well.

According to new research published in the AGU journal Geophysical Research Letter, scientists have confirmed the existence of lunar carbon dioxide "cold traps," a geological anomaly in which carbon dioxide could collect for long periods and settle. This discovery will likely have a significant impact on future space exploration as humans — or robots — could use carbon dioxide or other organic materials in the cold traps as fuel, convert it to oxygen, or use it in lunar greenhouses for growing plants.

In astronomy, a cold trap refers to a pocket on the surface of a solid body in which volatile gases can accrue and remain still for long periods, often millions of years. Because many planets and bodies in the solar system, the moon included, lack a significant atmosphere, any unlit area can remain at frigid temperatures for thousands or even millions of years. In that span, gases like carbon dioxide can accumulate and sometimes freeze in sufficient quantities, hence the term "cold trap." Carbon dioxide freezes at -109° Fahrenheit or -78° Celsius; the temperature on the Moon in the shade or at night is cooler than that, around -298° F (or -183° C) or even colder in some regions.

The discovery comes amid decades of uncertainty and speculation in the scientific community around cold traps on the Moon.

"I think when I started this, the question was, 'Can we confidently say there are carbon dioxide cold traps on the Moon or not?'" said Norbert Schörghofer, a planetary scientist at the Planetary Science Institute and lead author on the study. "My surprise was that they're actually, definitely there. It could have been that we can't establish their existence, [they might have been] one pixel on a map... so I think the surprise was that we really found contiguous regions which are cold enough, beyond doubt."

The new report shows that there are several cold trap pockets scattered around the Moon's south pole, in an area that totals 204 square kilometers. These carbon dioxide traps appear to be most concentrated in an area called the Amundsen Crater, which appears to host 82 square kilometers of cold traps. In these areas, temperatures remain at negative 352 degrees Fahrenheit.

"These should be high-priority sites to target for future landed missions," said Paul Hayne, a planetary scientist at the University of Colorado, Boulder who was not involved in the study. "This sort of pinpoints where you might go on the lunar surface to answer some of these big questions about volatiles on the Moon and their delivery from elsewhere in the solar system."

Such cold traps are useful to engineers in a number of ways. If there is solid carbon dioxide in these cold traps, it could help with the production of fuel, steel and other biomaterials on the Moon. Nation-states like China and Russia are already planning to build a research station on the Moon, and taking advantage of the resources in these cold traps could be key to self-sufficiency.

Studying carbon dioxide on the moon could also help scientists better understand the origin of water on the Moon. In 2020, ​​a pair of studies published in the journal Nature Astronomy confirmed that there is a large amount of water on the Moon's sunlit regions.

"We had indications that H₂O – the familiar water we know – might be present on the sunlit side of the Moon," Paul Hertz, director of the Astrophysics Division in the Science Mission Directorate at NASA Headquarters in Washington, previously said in a statement. "Now we know it is there. This discovery challenges our understanding of the lunar surface and raises intriguing questions about resources relevant for deep space exploration."

NASA used the Stratospheric Observatory for Infrared Astronomy (SOFIA), an infrared observatory mounted on a Boeing 747 airplane, to take air observations from the air and confirm the presence of water on the Moon's southern polar region. One study estimated this region could hold nearly 40,000 square kilometers of lunar surface with water ice.

The presence of water ice caught NASA's attention. In 2019, the space agency announced it was planning to send American astronauts to the surface of the Moon within five years, setting their sights on the southern pole.

"We know the South Pole region contains ice and may be rich in other resources based on our observations from orbit, but, otherwise, it's a completely unexplored world," said Steven Clarke, deputy associate administrator of the Science Mission Directorate at NASA Headquarters in Washington. "The South Pole is far from the Apollo landing sites clustered around the equator, so it will offer us a new challenge and a new environment to explore as we build our capabilities to travel farther into space."