Guilfoyle also pressured the event staff to give a platform to Alex Jones, Roger Stone, and Ali Alexander 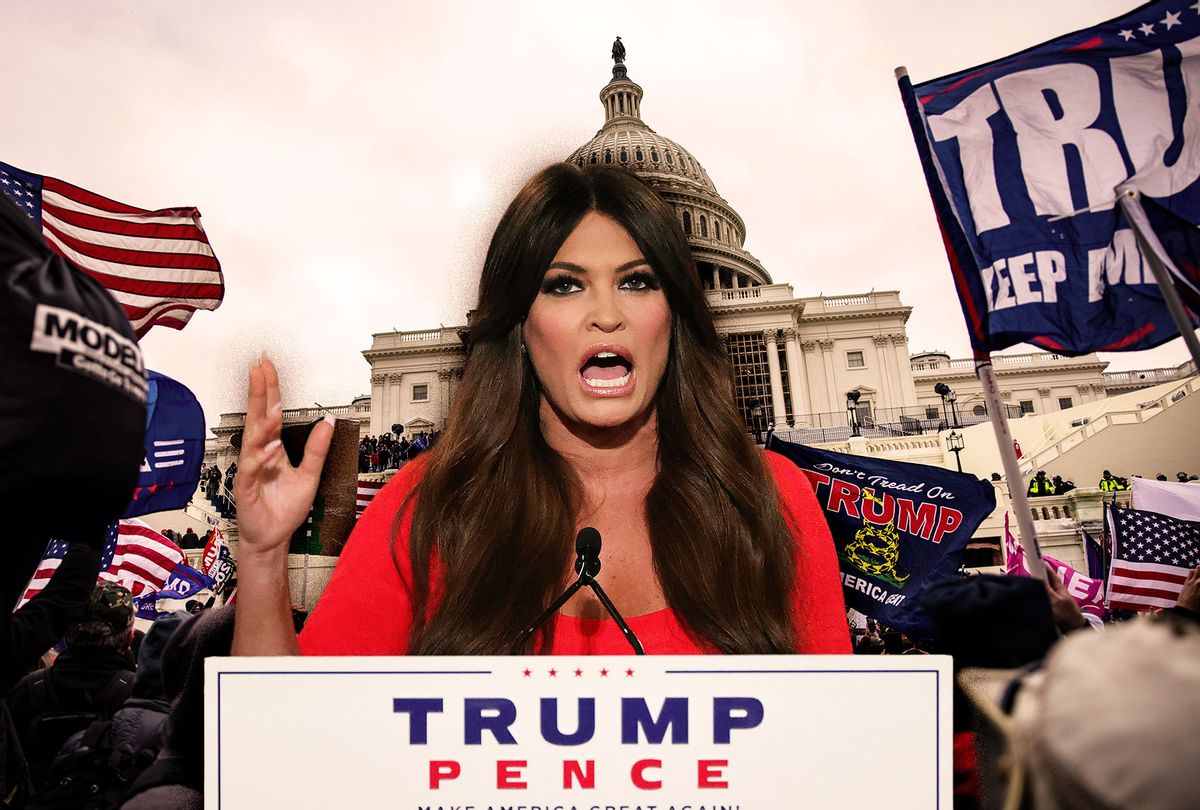 Kimberly Guilfoyle, Donald Trump Jr.'s girlfriend who also served as an advisor to the former president, reportedly boasted about raising millions of dollars to bankroll Donald Trump's "Stop the Steal" rally, which directly led to the violent riot on the Capitol.

According to a Thursday report by ProPublica, Guilfoyle was at the center of a sweeping fundraising operation involving a number of big money Republican donors – namely Julie Jenkins Fancelli, a Publix supermarket heir. Fancelli's apparent connection to Guilfoyle was revealed in a text exchange, obtained by the outlet, between Guilfoyle and Katrina Pierson, the White House liaison to the rally. In a back-and-forth, Guilfoyle apparently emphasized her fundraising role while asking for Pierson's permission to introduce Trump Jr. to the podium.

"Literally one of my donors Julie at 3 million," Guilfoyle said, an ostensible reference to the amount raised through Fancelli.

According to Propublica, Caroline Wren, a former deputy to Guilfoyle, also worked hand-in-hand with her boss to supercharge the event. During the leadup to the event, Guilfoyle and Wren were reportedly coordinating a pressure campaign to allow certain far-right speakers to join the event's existing slate. Such names include Infowars conspiracist Alex Jones, far-right activist Ali Alexander, and Roger Stone, a former advisor to Trump. In an apparent bid to circumvent Pierson's go-ahead, Wren reportedly called the event staff and asked them to include the aforementioned men in the event's lineup, specifically demanding that Texas Attorney General Ken Paxton – a major proponent of Trump's election conspiracy – be added.

"All I know is that someone leaked a list of 'speakers' that the WH had not seen or approved," Pierson wrote to Guilfoyle. "I've never had so much interference."

"Yea and this the list we approved," Guilfoyle, now a senior advisor for the Senate campaign of the disgraced former Republican governor of Missouri, Eric Greitens, responded. It remains unclear what she meant by "we."

Guilfoyle and Fancelli's relationship dates back to early last year, ProPublica reports, when Guilfoyle was made the national chair of the Trump Victory finance committee – a fundraising entity designed to bolster Trump's re-election effort. In July of last year, Guilfoyle reportedly secured a $250,000 lump sum donation to Trump Victory, incrementally collecting hundreds of thousands of more from the Fancelli as Trump's campaign dragged on.

Following the election, Wren was reportedly appointed as Trump's main fundraising czar after being charged with leading his "Save the US Senate PAC," which sought to crush the Democratic Senate bids in the recent Georgia runoff elections. According to ProPublica, the PAC was endowed $800,000 by LJ Management Services Inc., a company tied to Fancelli's family foundation.

Although her scheme to re-elect the president was ultimately unsuccessful, Guilfoyle has remained in Trump's good graces as a leading fundraiser. She is also currently spearheading Trump's "Make America Great Again, Again!" super PAC, launched in early October.