The two right-wing provocateurs over allegations of fueling Capitol riot 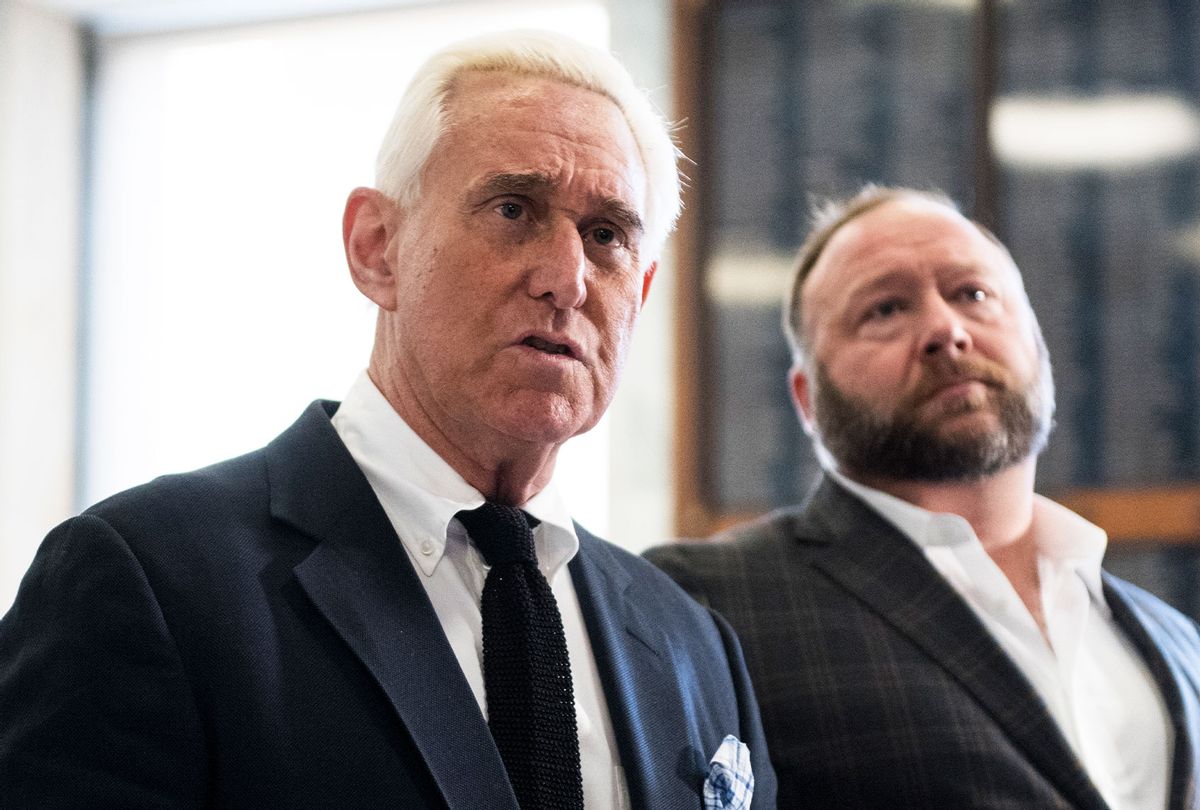 Former Trump political adviser Roger Stone and far-right conspiracist Alex Jones have been hit with a summons to appear before the House panel charged with investigating the January 6 Capitol riot.

The subpoenas, served just following the committee's 200-plus interviews with various witnesses, suggest a sustained interest in the "Stop the Steal" rally, the key event in the leadup to the insurrection.

"The Select Committee is seeking information about the rallies and subsequent march to the Capitol that escalated into a violent mob attacking the Capitol and threatening our democracy," said Rep. Bennie Thompson, D-Miss. "We need to know who organized, planned, paid for, and received funds related to those events, as well as what communications organizers had with officials in the White House and Congress."

According to a letter penned by the committee, Jones aided in "facilitating a donor, now known to be Julie Fancelli, to provide what [he] characterized as 'eighty percent' of the funding" for the "Stop the Steal" rally. Jones was also apparently denied a speaking spot on the lineup, though according to CNN, he made comments indicating that he intended "lead a march to the Capitol, where President Trump would meet the group." A picture shared by Huffington Post reporter Arthur Delaney further indicates that Jones addressed the January 6 mob atop the steps of the Capitol.

"Trump's not gonna come if we don't calm down," Jones reportedly yelled into a bullhorn during the riot. "Everybody be peaceful."

Stone was reportedly more instrumental in the rally's formation. Immediately following President Joe Biden's election, Stone fashioned himself as one of the leading proponents of Donald Trump's voter fraud conspiracies. The New York Times reports that Stone had "promoted his attendance at the rallies on Jan. 5 and 6, and solicited support to pay for security through the website stopthesteal.org." He also reportedly employed members of far-right extremist groups as personal security guards, per the committee's subpoena.

Speaking during the rally, Stone explicitly told Trump's supporters to "fight like hell" against the then-impending certification of Biden's electoral college victory.

In a Monday statement, Stone disputed his apparent role in fueling the Capitol riot, calling it "categorically false."

"I have said time and time again that I had no advance knowledge of the events that took place at the Capitol on that day," the Trump associate added.

Also among those targeted include Dustin Stockton and Jennifer Lawrence, an engaged couple who assisted in the organization of multiple demonstrations following the election.

According to CNN, Stockton was instrumental in the moderation of a "Stop the Steal" Facebook group that at one point boasted hundreds of thousands of users. The group was shut down by the social media giant on November 5, just a day before the riot ensued. Stockton reportedly told the select committee that he was worried the January 6 rally at the Ellipse would lead to "possible danger" – a concern Stockton to expressed White House Chief of Staff Mark Meadows.