Despite their slimy alien appearance, octopuses are actually quite intelligent — perhaps eerily so 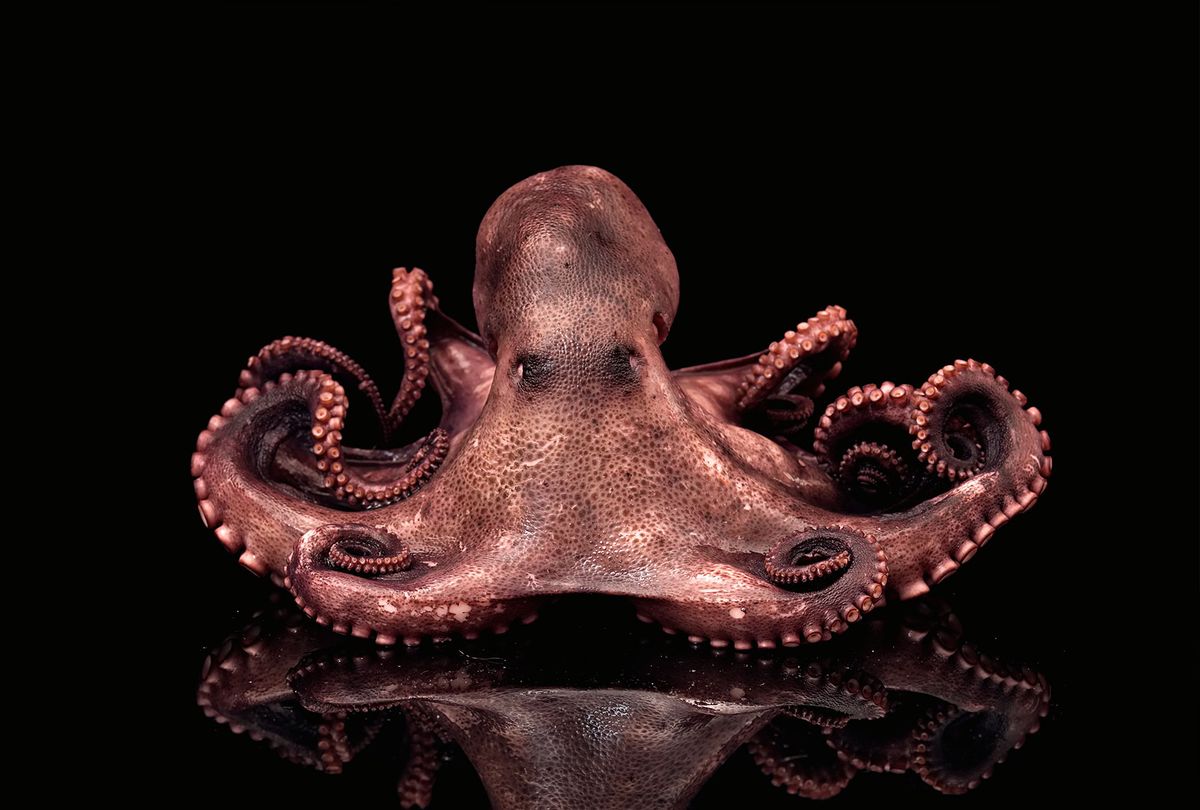 Among the smartest animals on Earth, octopuses are unique for being utterly weird in their evolutionary path to developing those smarts. Philosopher Peter Godfrey-Smith has called the octopus the closest thing to an alien that we might encounter on Earth, and their bizarre anatomy speaks to this: An octopus' mind isn't concentrated in its head but spread throughout its body. Their tentacles are packed with neurons that endow each one with a hyperaware sense of touch, as well as the ability to smell and taste. Marine biologists have remarked that each tentacle sometimes seems like it has a mind of its own. Every octopus is a tactile thinker, constantly manipulating its surroundings with a body so soft it almost seems liquid.

All of these things are surprising, at least in theory, because scientists have learned to associate intelligence with vertebrates and a tendency to socialize. Octopuses are either asocial or partially social — and all of them are invertebrates. This raises an obvious question: How did octopuses become so smart?

Scientists know surprisingly little about this subject, as a great deal of the research on octopus neuroanatomy up to this point has focused on one species, the European common octopus (Octopus vulgaris) — which has about as many neurons in its body as a dog. Thanks to the scientists behind a new study in the scientific journal Current Biology, we now know more about the neural wiring of four very different types of octopuses (or, in one case, octopus-like animals): the vampire squid (Vampyroteuthis infernalis), which dwells in the deep sea and is technically neither an octopus nor a squid; the blue-lined octopus (Hapalochlaena fasciata), a venomous creature that keeps to itself while roaming the ocean at night; and "two diurnal reef dwellers," Abdopus capricornicus and Octopus cyanea (also known as the day octopus).

The scientists also examined data about four other species of coastal octopuses based on material in previously published literature. Using that information and their new research, they concluded that octopus intelligence evolved in ways similar to vertebrate animals — specifically, based on the need to accommodate their surroundings. That implies that they had a convergent evolutionary path towards developing intelligence despite having diverged from vertebrates long ago.

"Our study uncovered new insights to confirm that octopus brain structure indeed evolved as those of many other animals," Dr. Wen-Sung Chung, the lead contact on the paper and a postdoctoral research fellow at the Queensland Brain Institute in Australia, told Salon by email.

Chung analogized octopus evolution to shark evolution, noting that sharks evolved differently based on the ocean depths at which they preferred to swim. "It is probably [unsurprising] as they have a short life span and live in a broad range of ocean (from reef to deep sea, from tropical to temperate waters)," all of which have different conditions in terms of predators to evade and other pressures on survival.

"Octopuses and other cephalopods are very likely more complicated than we expected before," Chung added. "Expanding studies toward various species from different habitats, rather than narrowing down to one/a few iconic species, can be a way to study this amazing and apparently smart creature. I believe we can learn more by embracing the diversity of these creatures."

Among other things, scientists did not expect to find as much folding as they did in the octopus brains. The process in which the brain develops what appear to be wrinkles is known as gyrification, and is associated with vertebrates whose highly evolved brains are capable of processing large quantities of complex information. Yet wrinkles have been observed in brain sections for roughly 20 octopus species already, and the new studies revealed unmistakable new evidence of brain structural folding in the octopod's central nervous system.

"The brain folding is certainly a big surprise to us," Chung wrote to Salon. "In order to confirm this, we had to catch different-sized individuals (no way to get them from the animal house or pet shop) to eliminate the possibility of structural deformation caused by the handling during capture, fixation and imaging."

The study also provided new information about the vampire squid, a species that is neither octopus nor squid but rather the last surviving member of its own order. By looking at its brain, scientists were able to learn that it has a strange hybrid of both squid-like and octopus-like features. They also found that, for octopus species that live in reef systems, their entire visual system undergoes major changes to accommodate their daytime-dwelling lifestyle.

Does this mean octopuses are as intellectually complex as humans? Not so fast, Chung warned, noting that scientists can only say for sure that octopuses are smart enough to remember landmarks and break out of their housing tanks. ("This is the nightmare for most octopus researchers," he noted.)

"Honestly, this study is just the very first step to investigate the differences/similarities between octopuses/cephalopods, and we know too little about octopuses in many ways," Chung added. "We should be cautious for this and avoid over-interpretation at this stage until more solid evidence available in the future."