The Rittenhouse syndrome: Has America crossed the Rubicon? 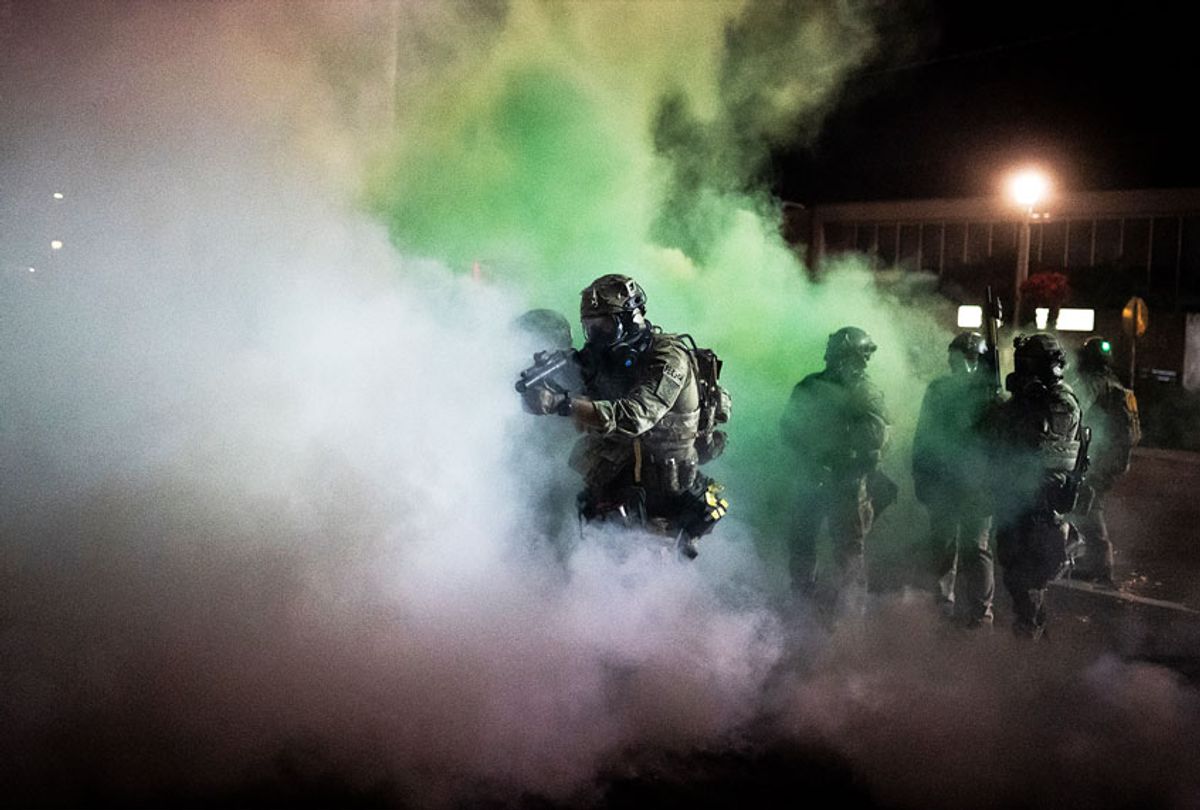 Although I participated in the countercultural "revolutions," antiwar protests and racial conflicts of the 1960s, it wasn't until August 2016 that I had my first truly unnerving intimations of a full-blown American civil war: Then-presidential candidate Donald Trump told a rally that if Hillary Clinton "gets to pick her judges, judicial appointments, nothing you can do, folks. Although, the Second Amendment people — maybe there is. I don't know."

By June 1, 2020, Trump's seeming afterthought about "Second Amendment people" had metastasized into something truly scary. He and combat-fatigues-clad Gen. Mark Milley, chairman of the Joint Chiefs of Staff, along with Attorney General William Barr, strode from the White House to Lafayette Park, where a peaceful demonstration had been dispersed brutally by National Guard troops.

Trump's insistence only days earlier that the U.S. Army itself should be sent against the protesters — a demand echoed by Arkansas Sen. Tom Cotton in a now-infamous New York Times op-ed — reminded me of Julius Caesar leading Roman legions illegally across the river Rubicon from Gaul into Italy in 49 B.C. to subdue Rome's own citizens and, with them, their republic.

Kenosha, Wisconsin's closest approximation to the Rubicon is the tiny Pike River, which flows from Petrifying Springs into Lake Michigan. Its closest approximation to a military crackdown was the police mobilization against violent protests after a police officer shot and paralyzed an unarmed young Black man in August of last year. Those police failed to challenge Kyle Rittenhouse, the illegally armed, 17-year-old "Second Amendment person" who shot three men, killing two of them.

RELATED: Looking for America in Thanksgiving week: It must be here somewhere

And when a Kenosha County jury failed to convict Rittenhouse on even a misdemeanor, sending what the parents of Anthony Huber — one of the men Rittenhouse killed — characterized as "the unacceptable message that armed civilians can show up in any town, incite violence, and then use the danger they have created to justify shooting people in the street," I couldn't help but wonder what, if anything, will stop armed "Second Amendment people" from showing up near polling places a year from now, as a Republican National Ballot Security Task Force has done intermittently since 1981, although without brandishing guns.

More unnervingly and urgently, I wonder why a jury of ordinary citizens, along with thousands of others who approved and even celebrated the Rittenhouse verdict are walking themselves across a Rubicon to deliver the message I've just cited, even though they haven't been "demagogued" into doing it by a Caesar or driven to do it by a military force.

RELATED: What "politics" does to history: The saga of Henry Kissinger and George Shultz's right-hand man

New York Times columnist Charles Blow has noted that Rittenhouse was the same age as Trayvon Martin, the unarmed Black youth shot dead in Florida by George Zimmerman, who considered himself a "protector" of his neighborhood and who was acquitted of murder. Blow notes that although Trayvon Martin "was thugified" by Zimmerman and the judicial process, Rittenhouse was "infantilized" by the defense argument that a 17-year-old may be excused for misjudging dangers that he himself has provoked illegally. It's hard to imagine a similar jury accepting similar excuses for a young Black man with an assault rifle, even if he never fired it.

I've contended for years that swift, dark undercurrents are degrading and stupefying Americans in ways that most of us try not to acknowledge. More of us than ever before are normalizing our adaptations to daily variants of force and fraud in the commercial groping and goosing of our private lives and public spaces; in nihilistic entertainment that fetishizes violence without context and sex without attachment; in the "gladiatorizing" and corruption of sports; in home-security precautions against the prospect of armed invasion; in casino-like financing of unproductive economic activities, such as the predatory lending that tricks millions out of their homes; and in a huge, ever-expanding prison industry created to deter or punish the broken, violent victims of all these come-ons, even as schools in the "nicest," "safest," neighborhoods operate in fear of gunmen who, from Columbine to Sandy Hook and beyond, have been students or residents there themselves.

Stressed by this republican derangement, millions are spending billions on palliatives, medications, addictions and even surveillance designed to protect them from themselves. All those vials, syringes, home-security systems and shootings reflect the insinuation of what Edward Gibbon, the historian of ancient Rome, called "a slow and secret poison into the vitals of the empire" until Roman citizens "no longer possessed that public courage which is nourished by the love of independence, the sense of national honour, the presence of danger, and the habit of command. They received laws and governors from the will of their sovereign, and trusted for their defence to a mercenary army."

Is it really so surprising that some of the stressed and dispossessed, too ill to bear their sicknesses or their cures, demand to be lied to instead, with simple but compelling fantasies that direct them toward saviors and scapegoats — into cries for a strongman to lead them across a Rubicon and for "Second Amendment people" to take our streets?