The two House Republicans are dueling for Kyle Rittenhouse's attention 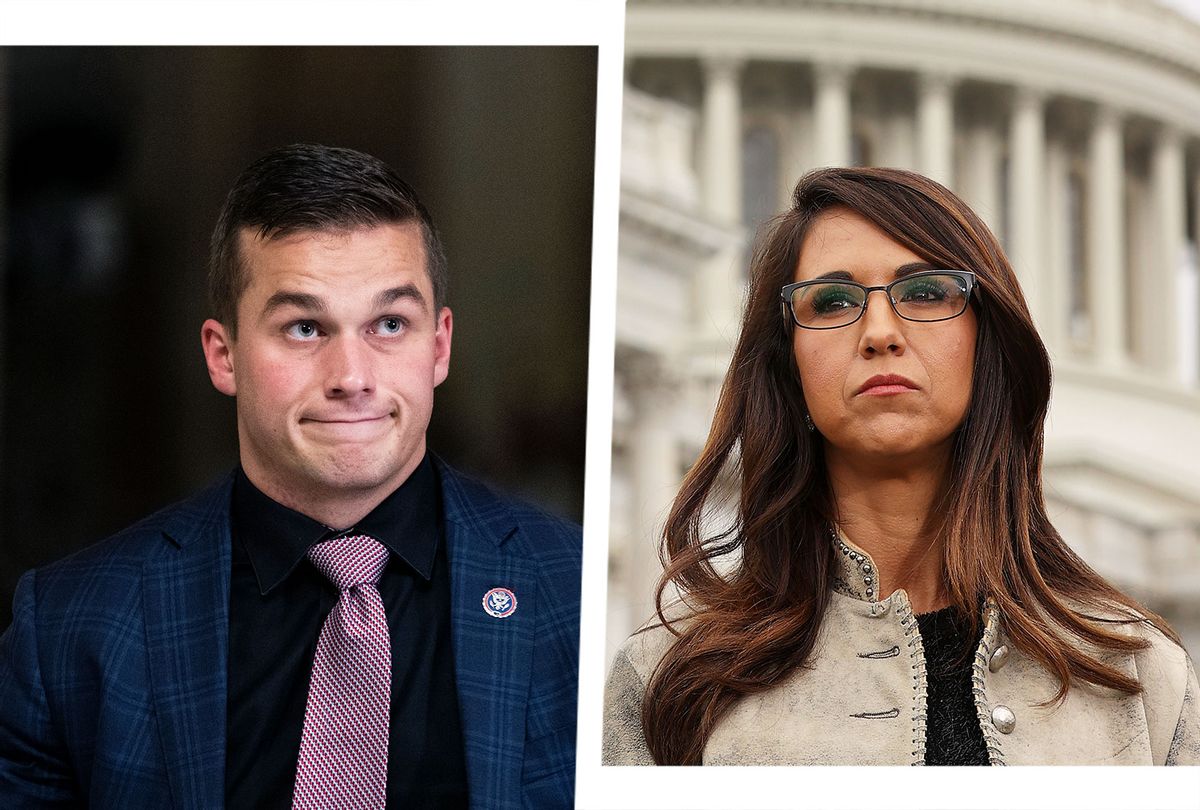 Rep. Lauren Boebert, R-Colo., challenged Rep. Madison Cawthorn to "a sprint" over who would get to hire Kyle Rittenhouse as a congressional intern.

"Now I do have some colleagues on the Hill who have, just like me, offered Kyle Rittenhouse an internship in their office," she told Newsmax host Sebastian Gorka, a former aide to Donald Trump, during a Tuesday interview. "And Madison Cawthorn, he said that he would arm wrestle me for this Kyle Rittenhouse internship. But Madison Cawthorn has some pretty big guns, and so I would like to challenge him to a sprint instead."

"Let's make this fair," she said of a race against Cawthorn, who uses a wheelchair.

Last week, Rittenhouse was acquitted of murder charges in a weeks-long jury trial over his shooting of three men during the Kenosha unrest in Wisconsin last year. Immediately following the ruling, which critics saw as a shining example of white privilege, Boebert and other lawmakers of her extremist ilk celebrated.

"Today is a great day for the Second Amendment and the right to self-defense," Boebert tweeted. "Kyle Rittenhouse is not guilty on all counts! Glory to God!"

RELATED: The Rittenhouse syndrome: Has America crossed the Rubicon?

Since his acquittal, the 18-year old Rittenhouse has been casually offered congressional internships by a number of Republican lawmakers aside from Boebert, including Cawthorn, Reps. Matt Gaetz, R-Fla., and Paul Gosar, R-Ariz.

In a video released last week, Cawthorn released a video commanding his followers to be "armed and dangerous" following the controversial ruling, along the caption: "Kyle: If you want an internship, reach out to me."

Rittenhouse's attorney, Mark Richards, who represented him during the trial, has called the internship offers "disgusting."

"They're raising money on it, and you have all these Republican congressmen saying come work for me," Richards said. "They want to trade on his celebrity, and I think it's disgusting."