Parson touted a bill that would have granted clemency to Kevin Strickland, even after denying Strickland a pardon 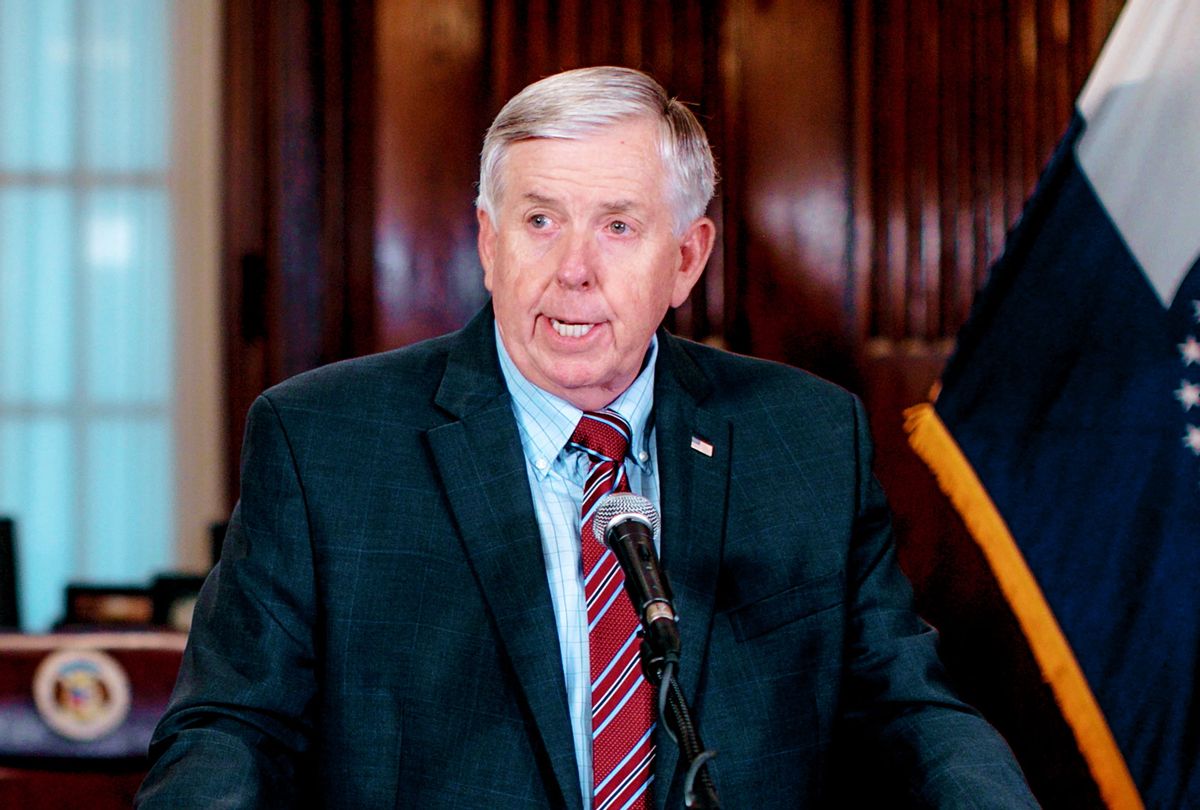 Missouri Gov. Mike Parson bragged about signing a bill limiting the potential for wrongful convictions on Wednesday, despite refusing to grant clemency to the now-exonerated convict included in his statement just months earlier.

The development centers on Kevin Strickland, a Black 62-year-old wrongfully convicted of killing three people in Kansas City, Missouri back in 1979. Just 18 at the time, Strickland had been erroneously picked out of a line-up by one of the surviving victims of the crime, even though there was no direct evidence linking Strickland to the crime. Strickland's first trial ended with a hung jury. His second, voted on by an all-white jury, ended in a life sentence with no chance of parole for fifty years.

Back in September of last year, calls for his innocence were renewed after former prosecutors on the case reviewed the decision, filing a motion for Strickland's release. Over a dozen state lawmakers, including Kansas City Mayor Quinton Lucas, shortly backed the petition, but Parson shut the bid down, refusing to grant Strickland clemency. Parson's refusal earned the governor intense backlash, largely because he pardoned Patricia and Mark McCloskey, a wealthy white couple who pointed guns at Black Lives Matter protesters last year in St. Louis.

On Tuesday, after spending 42 years behind bars, Strickland was granted immediate release from prison following a three-day hearing which found him innocent. The next day, Parson — despite choosing not to release Strickland when he had the chance — touted his approval of a bill that would have allowed for Strickland's exoneration.

"Earlier this year, I signed SB 53, which created a judicial procedure for prosecuting attorneys to use, in cases like this one, where the prosecutor believes that there was a miscarriage of justice and a wrongful conviction was entered," the governor tweeted.

"Shame on you, Mike," tweeted Aisha Sultan, columnist at the St. Louis Post-Dispatch. "Missouri Gov. Mike Parson pardoned the gun-toting McCloskey couple who pointed firearms at protestors, but he refused to pardon Kevin Strickland, who has served 42 years in prison for a crime he didn't commit."

"Governor Parson ironically takes credit for signing SB53, while not pardoning or granting clemency for Kevin Strickland, which he could do anytime," echoed Christine Hyman, a 2022 candidate for the Missouri state Assembly.

According to the BBC News, lawyers with the Midwest Innocence Project worked for months to materialize Strickland's release.

"We were confident any judge who saw the evidence would find Mr Strickland is innocent and that is exactly what happened," said Midwest Innocence Project legal director Tricia Rojo Bushnell. "Nothing will give him the 43 years he has lost and he returns home to a state that will not pay him a cent for the time it stole from him. That is not justice."

Though Strickland has served the longest wrongful sentence in the state's history, he will not be entitled to any form of financial relief. According to Missouri law, compensation is only provided by dint of exculpatory DNA evidence — not eyewitness accounts.

In an interview with ABC News following his release, Strickland said he has nothing to his name, adding that he might have to live in a cardboard box and "get up under a bridge somewhere."

"I mean, what do I have?" asked Strickland, who is now in a wheelchair. "If they would tell me to roll out now, they'd take this chair. I'd have to crawl out of the front door."