Everything we know about the Omicron COVID-19 variant 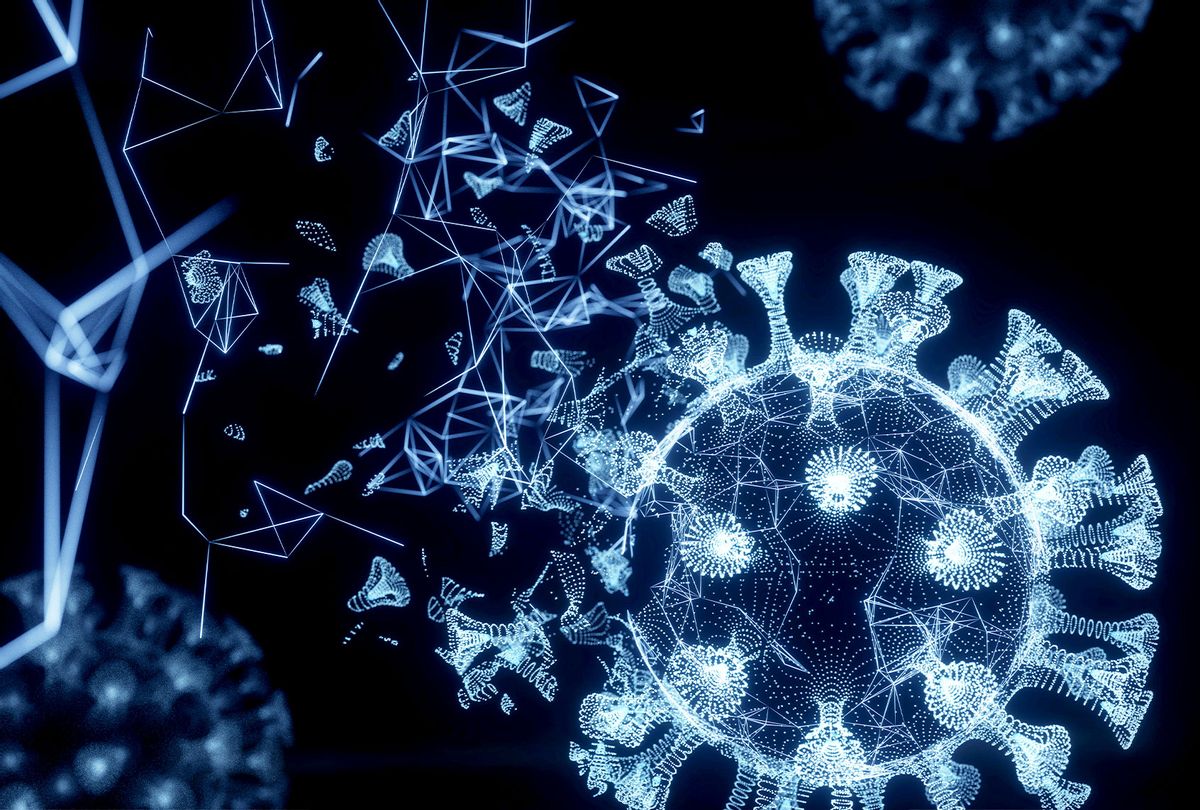 There's a new COVID-19 variant on the scene, and the heavily mutated strain has experts worried about the potential for another devastating spike in cases this winter.

The variant, originally named B.1.1.529, was first identified in South Africa Wednesday, and has since been discovered across three continents.

The World Health Organization named it "Omicron" Friday, calling it a "variant of concern" — the agency's most serious designation — just as a number of countries around the world enacted a new round of travel restrictions to combat its spread. The last variant to earn the category was Delta, which was responsible for a deadly resurgence of the virus earlier this year.

"Omicron, B.1.1.529, is named as a variant of concern because it has some concerning properties," Maria Van Kerkhove, the WHO's technical lead on Covid-19, said on Twitter. "This variant has a large number of mutations, and some of these mutations have some worrying characteristics."

But scientists have also spent the last few days cautioning the public about jumping ahead of still-limited research on the subject — there's a lot that remains unknown about the new variant and its severity, ability to bypass immunity and contagiousness, among other things.

In an interview on CNN Friday, White House chief medical adviser Dr. Anthony Fauci called the news a "red flag," but insisted that there is "no indication" that the new variant has made its way to the United States yet.

"Right now you're talking about sort of like a red flag that this might be an issue -- but we don't know," Dr. Fauci said.

Here's everything we do know so far about the newly discovered Omicron variant:

Where has the Omicron variant been identified?

The newest COVID-19 strain was first identified in South Africa on Wednesday from a sample that was collected earlier in the month, according to the WHO. It has since been located in four other countries: Belgium, Botswana, Hong Kong and Israel. Just a few dozen cases have been confirmed across these countries, which experts were quick to point out may not necessarily be the origin point for the variant.

South Africa appears to have the most confirmed cases of Omicron so far, according to The New York Times. 58 were reportedly concentrated in the bustling province of Gauteng, which is home to the country's capital of Johannesburg, while the WHO said the number of Omicron cases "appears to be increasing" in all of the country's provinces.

South African health minister Dr. Joe Phaahla said Friday that the cases that have been identified so far have largely affected young people, the cohort with the lowest vaccination rate in the country — just over 25%.

Six people tested positive for Omicron in Botswana, as well as two in Hong Kong and one unvaccinated person in Belgium who had traveled recently from Egypt.

In response to this news, the European Centre for Disease Prevention and Control estimated Friday that there was a "high to very high" risk that it would spread across the continent.

How is this strain different from previously identified COVID-19 variants?

Scientists identified more than 30 mutations on the Omicron COVID-19 variant cell's spike protein, which the virus uses to breach host cells. This structure is also the main way antibodies fight against the virus, which is why experts have begun to sound the alarm: the large number of mutations may make the Omicron variant more likely to evade the body's defenses built up by either a previous infection or a vaccine — though more research is still needed to determine whether this is the case.

It is common for viruses to mutate — though these mutations do not necessarily mean that the new strain will spread more easily or prove more deadly. A number of other variants whose emergences were greeted with concern did not live up to the hype, though some, like Delta, have proved to be cause for concern.

The WHO did note in a statement that it anticipates an increased rate of reinfection due to Omicron, though it remains unclear whether it will prove more transmissible or more deadly.

"Preliminary evidence suggests an increased risk of reinfection with this variant, as compared to other VOCs [variants of concern]," the organization said.

The New York Times also reports that researchers studying the variant believe it may have first evolved in someone with the autoimmune disease H.I.V., whose antibodies could not properly fight the virus. Instead, the Omicron variant likely spent months mutating within this person, virologist Theodora Hatziioannou of Rockefeller University told the newspaper.

"This virus has seen a lot of antibodies," Dr. Hatziioannou said.

How effective are vaccines against Omicron?

The short story, experts say, is that it remains unclear how effective the available vaccines will prove against Omicron.

"Epidemiologists are trying to say, 'Easy, tiger,'" William Hanage, an epidemiologist at the Harvard T.H. Chan School of Public Health, told the New York Times Friday. "This could be bad. This could be very bad. But we don't know enough to roll that tape forward."

The good news is that it seems unlikely that Omicron will make vaccines irrelevant entirely.

When asked about the likelihood of the new variant bypassing vaccines, Dr. Ashish Jha, dean of the Brown University School of Public Health, told CNN that he thought that situation was "exceedingly unlikely."

"The question is, is there a tiny hit to vaccine efficacy, or is there a large hit?" he said. "I think we'll get some preliminary data probably in the next few days."

What are vaccine makers doing in response to the situation?

Vaccine makers, for their part, say they're remaining vigilant and have begun making contingency plans for the chance Omicron proves more resistant to vaccine protection.

Pfizer and BioNTech, the first vaccine manufacturers to receive full approval from the Food and Drug Administration, told FOX Business Network Friday that it would be able to produce a new vaccine within 100 days should the Omicron variant escape the protection of its initial inoculation.

"As always, we will continue to follow the science as we examine the best approaches to protecting people against COVID-19," Pfizer wrote in a statement. "In the event that vaccine-escape variant emerges, Pfizer and BioNTech expect to be able to develop and produce a tailor-made vaccine against that variant in approximately 100 days, subject to regulatory approval."

RELATED: As COVID-19 cases skyrocket in children, doctors warn of lifelong side effects

Likewise, Johnson & Johnson told the network it was testing the effectiveness of its vaccine against the newly identified variant.

CNN also reports that Moderna plans to test both an Omicron-specific booster and whether a larger dose of its original vaccine will prove more effective, saying it expects to have preliminary data within a few weeks.

What policy measures are American officials and world leaders taking?

The European Union also set a temporary travel ban from most of Southern Africa, the bloc announced Friday.

In response to the flurry of announcements, South African officials expressed disappointment with those nations — including health minister Dr. Joe Phaahla, who told the BBC that the bans were "unjustified."

"The reaction of some of the countries, in terms of imposing travel bans, and such measures, are completely against the norms and standards as guided by the World Health Organization," he said.

But South Africa wasn't the only nation adversely impacted by this week's news — global stocks suffered a steep nosedive Friday, with the Dow Jones Industrial Average falling more than 1,000 points.

The trend affected nearly all industries, with oil, travel and banks suffering the steepest declines.