Hubble's enormous, ambitious successor is poised to change our understanding of the universe 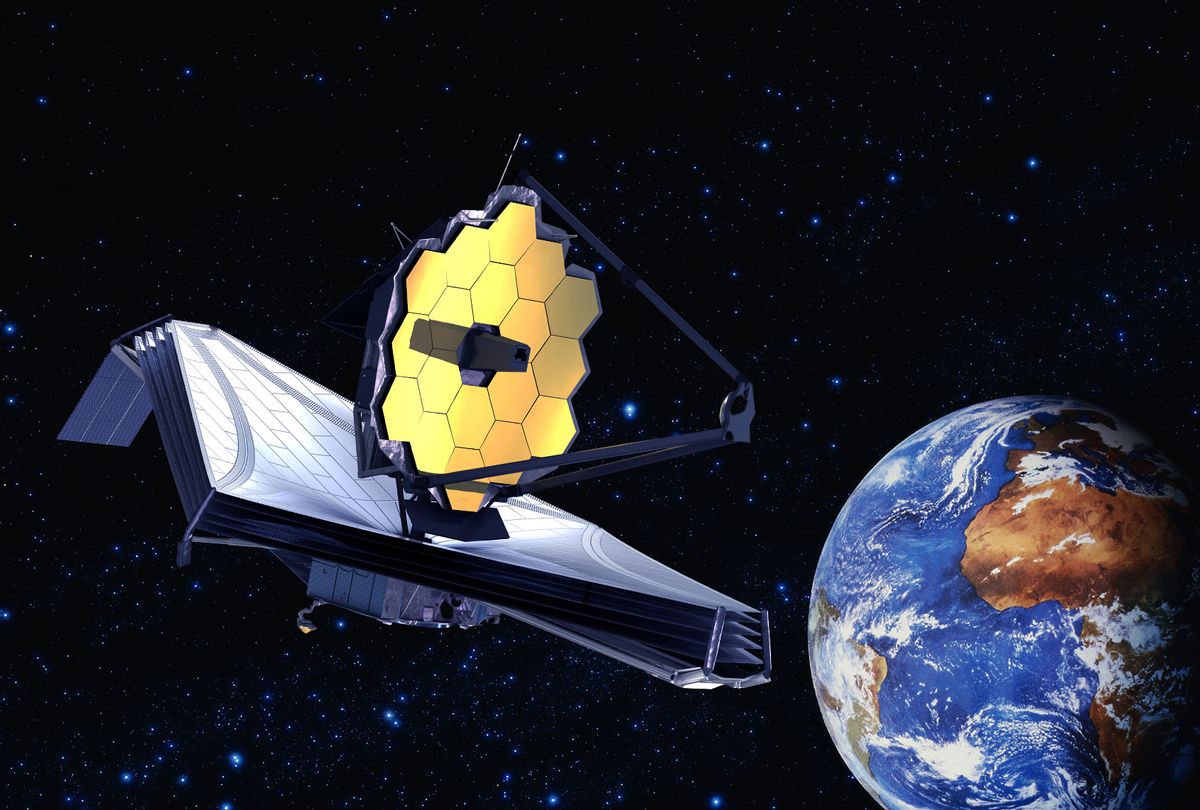 Folded like a $9.7 billion piece of metal origami and nestled into the nose of an Ariane 5 rocket, the James Webb Space Telescope (JWST) will, in late December, be sent nearly one million miles from the surface of the Earth. Once it reaches its destination — a region of space with open views, where the sun and Earth's gravity counterbalance each other — the Hubble telescope's bigger, grander successor will spend the next decade answering questions that are as scientific as they are existential.

"How did we get here? What is the universe? And how did it come into being?" said David Hunter, a project manager at the Space Telescope Science Institute. "With something like the JWST, you actually have a tangible way of finding answers."

Over two decades of work — totaling 100 million hours of labor from more than 1,000 scientists, engineers, and technicians — went into the development of this next-generation space telescope. For their efforts, Webb will be able to peer into distant corners of the universe, using infrared detection to penetrate clouds of dust, survey the atmospheres of potentially habitable exoplanets, and look backward in time over 13 billion years, picking up faint light emitted by galaxies formed in the aftermath of the Big Bang.

Yet this sci-fi-seeming agenda wasn't possible when JWST was first imagined.

"At the beginning, [NASA] identified the technologies that would be needed," explained Hunter. "They went through a development program, looking at all of the parts of the observatory that needed to be built. They figured out which ones we couldn't do yet, and how to advance the engineering capability to do that."

The telescope's signature feature — 18 gold-plated hexagonal mirrors, reaching over 21 feet in diameter, resembling a giant honeycomb — also posed one of its greatest engineering challenges. The mirrors had to be lightweight, yet sturdy enough to hold firmly in place, and capable of folding down to fit into the nose of the carrier rocket. Beneath the mirrors sits the sunshield, another marvel, composed of 5 micro-thin layers of a resilient film called Kapton which will unfurl to the size of a tennis court, protecting the observatory from solar heat. In outer space, deploying the telescope will take a total of 29 days, an intensely nerve-racking window in which hundreds of discrete release mechanisms need to fire in perfect succession.

Transporting the telescope to the verdant European Spaceport in French Guiana was an ordeal in itself. It arrived on Oct. 12, following a late-night police escort through the streets of Los Angeles and a 16-day, 5,800-mile sea voyage through the Panama Canal on a custom carrier ship. During transit, controversy over the telescope's name boiled over from the pages of academic journals into the public sphere. Articles in The Washington Post and NPR detailed a posthumous investigation into the career of James Webb, a former leader at NASA and the telescope's namesake, who stood accused of discriminating against LGBTQ government employees in the 1940s, '50s, and '60s. But a NASA investigation concluded that the name will stay.

"NASA's History Office conducted an exhaustive search through currently accessible archives on James Webb and his career," NASA spokeswoman Karen Fox told the Washington Post in a statement. "They also talked to experts who previously researched the topic extensively… NASA found no evidence at this point that warrants changing the name of the James Webb Space Telescope."

The JWST has already been a source of news, controversy, and anticipation, but the real headlines, said Hunter, will come once it settles into its stable orbit a million miles from Earth.

"The big stories are going to emerge once we get into regular operations," he said. "It's what we've all been building it for — for the discoveries it will make, which will tell us things we didn't know about the universe."