Ilhan Omar hangs up on Lauren Boebert after anti-Muslim attack 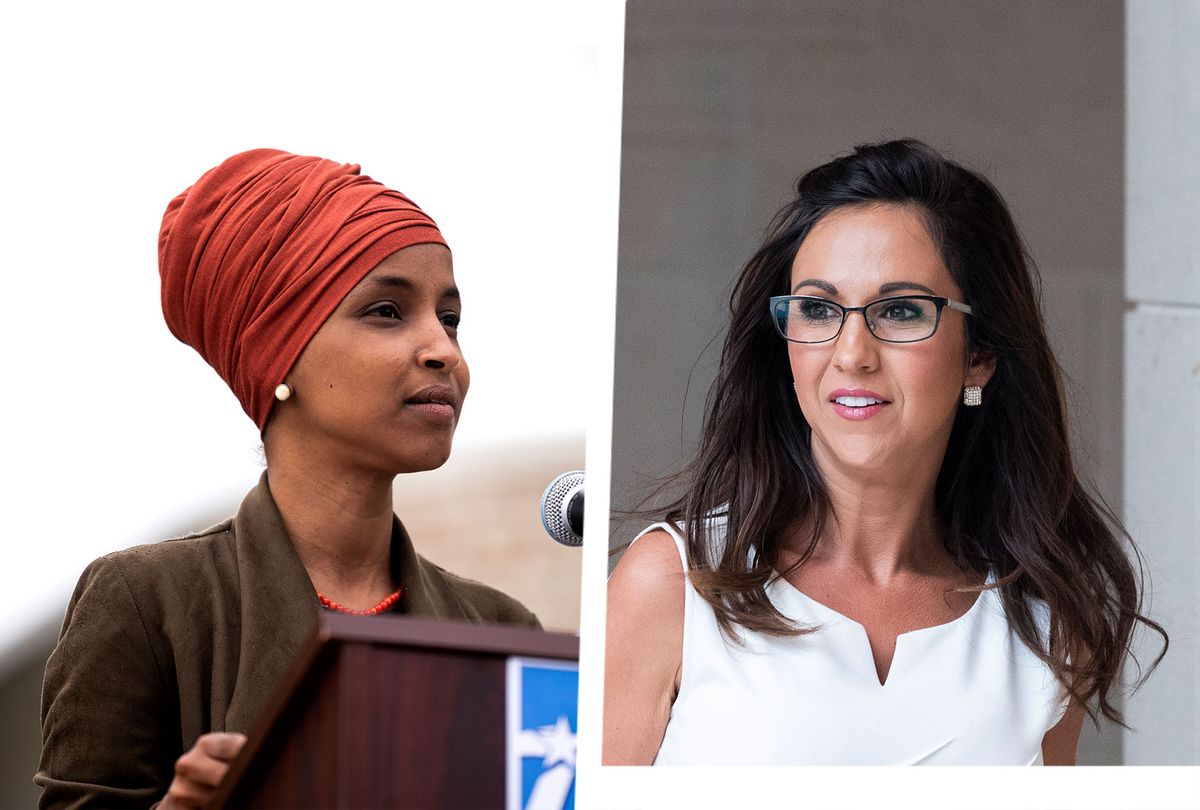 House Democrats are expected to begin pushing for freshman Republican Rep. Lauren Boebert of Colorado to be stripped from her committee assignments. The controversial right-wing lawmaker lashed out at Rep. Ilhan Omar, D-Minn., in an anti-Muslim Twitter tirade last week. Boebert has since doubled down after several of her Republican colleagues in the House of Representatives rallied to her side over the weekend.

"She instead doubled down on her rhetoric and decided to end the unproductive call," Omar added.

According to CNN reporter Melanie Zanona, Omar reportedly pressed for an apology, to which Boebert responded that Omar should apologize to the American people. Boebert then took to Twitter to publicize the call and attack Omar again.

The development stems from an appearance that the Colorado conservative made during Thanksgiving break in her home district, where she recounted a story about taking an elevator with Omar. "I was getting into an elevator with one of my staffers," Boebert told a crowd, "and I see a Capitol police officer running to the elevator. I see fret all over his face … I look to my left, and there she is: Ilhan Omar. And I said, 'Well, she doesn't have a backpack, we should be fine.'"

Boebert also alleged that she directly told Omar that she is a member of the "Jihad Squad."

On Friday, Omar publicly disputed that the incident ever took place, tweeting that Boebert "looks down when she sees me at the Capitol, this whole story is made up. Sad she thinks bigotry gets her clout."

"Anti-Muslim bigotry isn't funny & shouldn't be normalized," the progressive added. "Congress can't be a place where hateful and dangerous Muslims tropes get no condemnation."

"Leader McCarthy and the entire House Republican Leadership's repeated failure to condemn inflammatory and bigoted rhetoric from members of their conference is outrageous," said House Speaker Nancy Pelosi, D-Calif., and House Majority Leader Steny H. Hoyer, D-Md., in a joint statement. "We call on the Republican Leadership to address this priority with the Congresswoman and to finally take real action to confront racism."

Fellow freshman Rep. Marjorie Taylor Greene, R-Ga, tweeted over the weekend that "[Omar] and the Jihad Squad are all three and are undeserving of an apology."

"Never apologize to Islamic terrorist sympathizers, communists, or those who fund murder with our tax dollars," Greene added without any explanation.

Pueblo County Republican chair Robert Leverington, who represents Boebert's district, likewise said in an interview with KRDO that "Boebert probably expressed the sentiment of many Americans."

Former Rep. Steve King, R-Iowa, who is notorious for his history of racism, also joined the chorus this past weekend, tweeting: "Pelosi changed House rules for @IlhanMN to allow her to wear her turban on the floor. First day, a Member said to me, "Four pounds of C-4 under that would wipe out half of Congress.'"

Boebert's remarks are part of a larger pattern of Republicans using anti-Muslim sentiment to rile up their base over the past decade.

Back in 2010, Rep. Liz Cheney, R-Wyo., and neoconservative commentator Bill Kristol – both of whom are expressly against Donald Trump – played a hand in crafting an ad that demanded former Attorney General Eric Holder to reveal the identities of seven Justice Department officials who represented Guantanamo detainees, according to NPR.

"Tell Eric Holder, Americans have a right to know the identities of the al-Qaeda 7," the ad stated.