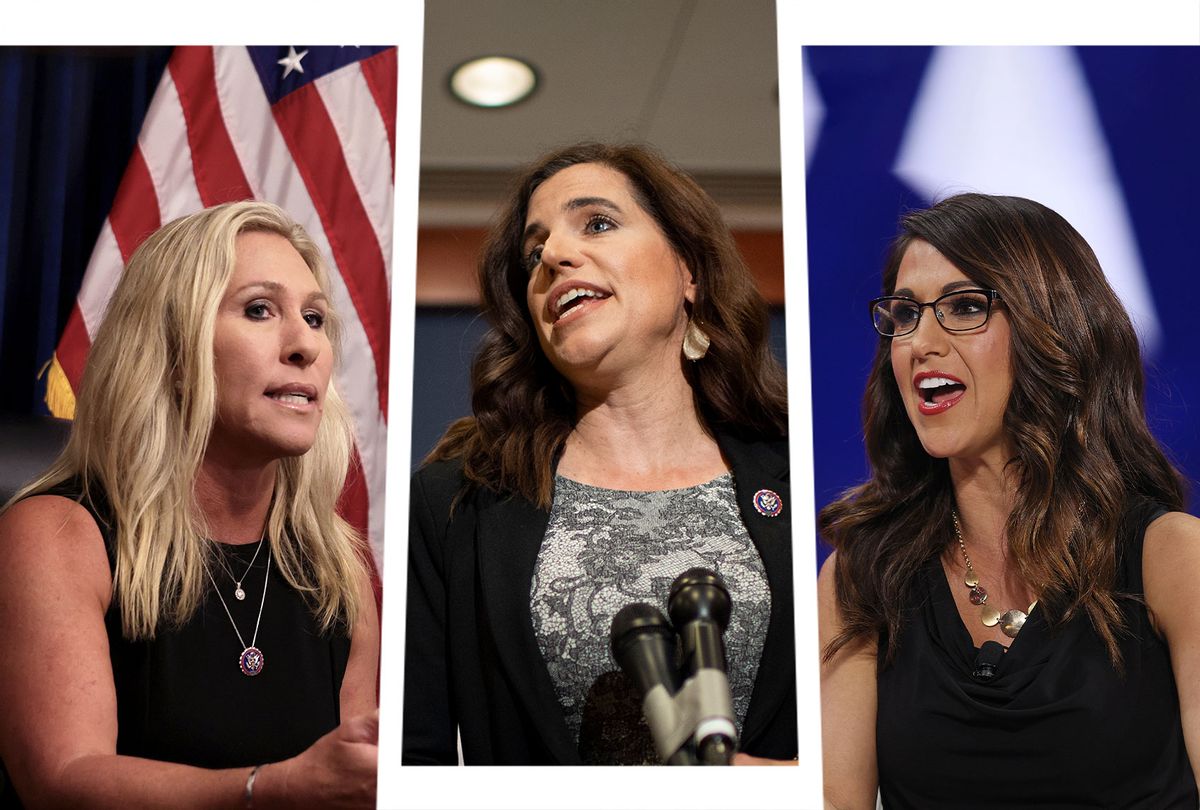 On at least two separate occasions,  Boebert tells two slightly varying stories about an encounter she claims she had with Omar on or near a Capitol elevator. In the latest version of her retelling, Boebert told a crowd last week that a Capitol police officer once came running towards the elevator with "fret all over his face." When she saw Omar, Boebert exclaimed, "Well, she doesn't have a backpack. We should be fine!"

In September, Boebert said: "One of my I staffers, on his first day with me, got into an elevator in the Capitol. And in that elevator, we were joined by Ilhan Omar." She adds her kicker to laughter from the crowd: "She doesn't have a backpack, she wasn't dropping it and running so we're good."

In both versions, Boebert said she referred to Omar as "the Jihad Squad."

In an appearance on CNN Newsroom this past weekend, Mace said she "100 percent" condemned Boebert's comments and called on all members of Congress to "lower the temperature and try to work together."

"I have time after time condemned my colleagues on both sides of the aisle for racist tropes and remarks that I find disgusting and this is no different than any others," she told Kaitlan Collins of Boebert's racist remarks.

So Greene took to Twitter to air out her complaints, referring to Mace as "trash in the GOP conference."

"Never attacked by Democrats or RINO's (same thing) because she is not conservative, she's pro-abort," the Georgia Rep. said in the tweet. "Mace you can back up off of [Boebert] or just go hang with your real gal pals, the Jihad Squad."

"Your out of your league," concluded Greene. She later quoted the tweet, saying Mace is "[s]o trashy not worth a spelling correction."

Mace quickly shot back with a series of corrections – both grammatical and political. "What I'm not is a religious bigot (or racist)," she wrote. "You might want to try that over there in your little 'league.'"

Following the video of Boebert, Omar quickly responded to the "made up" story and condemned the racist tropes. "Anti-Muslim bigotry isn't funny & shouldn't be normalized," she wrote. "Congress can't be a place where hateful and dangerous Muslims tropes get no condemnation."

On Monday, Boebert and Omar held a phone call in which Omar hoped for a "direct apology" for the false claims. However, Omar promptly ended the call when it proved that Boebert was simply doubling down on "outright bigotry and hate."

"Instead of apologizing for her Islamophobic comments and fabricated lies, Rep. Boebert refused to publicly acknowledge her hurtful and dangerous comments," wrote Omar in a statement. "She instead doubled down on her rhetoric and I decided to end the unproductive call."

She also called on Republican Leader Kevin McCarthy to "hold his party accountable" following his silence on the matter.

Boebert followed up the call with a video posted to Twitter, in which she claimed that she would "never want to say anything to offend someone's religion" and called on Omar to "make a public apology to the American people."

"Make no mistake, I will continue to fearlessly put America first, never sympathizing with terrorists," Boebert said.  "Unfortunately, Ilhan can't say the same thing. And our country is worse off for it."