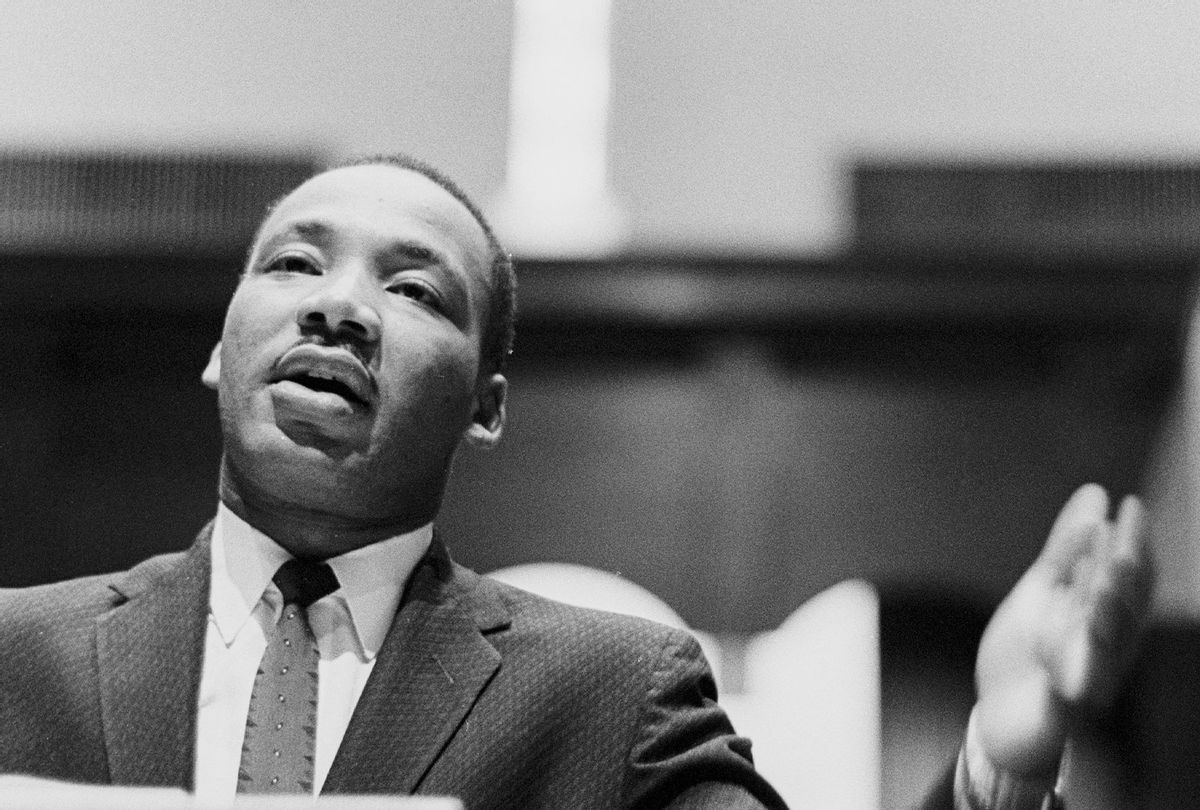 A Tennessee chapter of the right-wing group Moms for Liberty has tried to use the state's new law aimed at banning "critical race theory" in school to ban a book about Martin Luther King Jr.

Tennessee Republicans earlier this year passed a law in response to the conservative panic about "critical race theory," barring the teaching of certain concepts in classrooms including "teaching that one race or sex is inherently superior to another; ascribing character traits, values, moral or ethical codes to a specific race or sex; that the United States is fundamentally racist or sexist or that a meritocracy is inherently racist or sexist," according to The Tennessean. Critics argue that Republicans in Tennessee and around the country are trying to ban the teaching of history they don't like.

The first complaint filed to the state came from Robin Steenman, chair of the Moms for Liberty chapter in Williamson County, just south of Nashville. The 11-page complaint claims that the state's widely used Wit and Wisdom literacy curriculum has a "heavily biased agenda" that makes kids "hate their country, each other and/or themselves."

The complaint took issue with several books in the curriculum, including Frances Ruffin's "Martin Luther King Jr. and the March on Washington" and the autobiographical "Ruby Bridges Goes to School: My True Story." The complaint also cites "photographs of white firemen blasting Black children to the point of 'bruising their bodies and ripping off their clothes.'"

"The classroom books and teacher manuals reveal both explicit and implicit Anti-American, Anti-White, and Anti-Mexican teaching," the complaint said. "Additionally, it implies to second grade children that people of color continue to be oppressed by an oppressive 'angry, vicious, scary, mean, loud, violent, [rude], and [hateful]' white population and teaches that the racial injustice of the 1960s exists today."

Steenman alleged earlier this year that the Wit and Wisdom curriculum has "traumatized" dozens of children. In her complaint, she argues that the curriculum spends weeks focusing on "very dark and divisive slivers of American history" without "highlighting the positive achievements, like unity and the overall improvement of the country."

The state declined to investigate the allegation because the complaint did not comply with the new rules, while leaving the door open for the group to file another complaint. The Tennessee Department of Education said in a letter to the group obtained by The Tennessean that it is only authorized to investigate allegations regarding events beginning during the current school year and that the complaint did not comply with the timeline outlined in the guidance adopted by the department. Steenman is also personally ineligible to file the complaint, since her child attends private school to avoid COVID mask mandates, according to Reuters.

"Please note that in declining to investigate these claims, the department has not made a determination regarding the merits of these allegations. We encourage you to work with the Williamson County School District to resolve the issues and concerns related to your complaint and ensure compliance with state law," Education Commissioner Penny Schwinn wrote to Steenman.

A Williamson County committee is separately reviewing complaints from parents about the Wit and Wisdom curriculum.

The curriculum "is in full compliance with Tennessee state law," stressed Sydney Norton, a spokesperson for Great Minds, a D.C.-based company that produces Wit and Wisdom.

"Wit & Wisdom is a K-8 curriculum building knowledge, skills and character that features much-beloved, award-winning books from both contemporary and established authors, many of which parents will remember from their own childhoods. The books, which introduce kids to facts about U.S. history, the arts and sciences, and values including strength, compassion and resilience, are chosen to match different ages and grade-levels," Norton said in a statement to Salon. "At a time when U.S. elementary reading scores need improvement and reading for fun is less common among kids, these time-tested and commonly used materials instill a love of the written word, build general knowledge, and prepare young learners for future schooling and careers."

Williamson County School Board member Eliot Mitchell told Reuters that Steenman's complaint is "misguided," and that teaching about racism in American history is not the same as teaching "that one particular race is intrinsically racist."

Williamson reading teacher Angela Mosley added that "the bottom line is, we're teaching facts, and how anyone internalizes those facts … we don't have any control of that."

Black residents have argued that the district wants to avoid reckoning with its own past. The area features former slave plantations that are now open to tourists, and the public square in Franklin, the county seat, features a Confederate monument on the site of a former slave market and Ku Klux Klan lynching site, according to Reuters.

"Overall, it's a beautiful community," Tizgel High, a Black mother of three, told the outlet. "But these battles, they get tiresome. You're sort of constantly fighting for your humanity."