Do you feel like a sullen teen again when you visit your parents for the holidays? You're not alone

Therapists say old, conflict-ridden dynamics are familiar and easily surface during the holidays 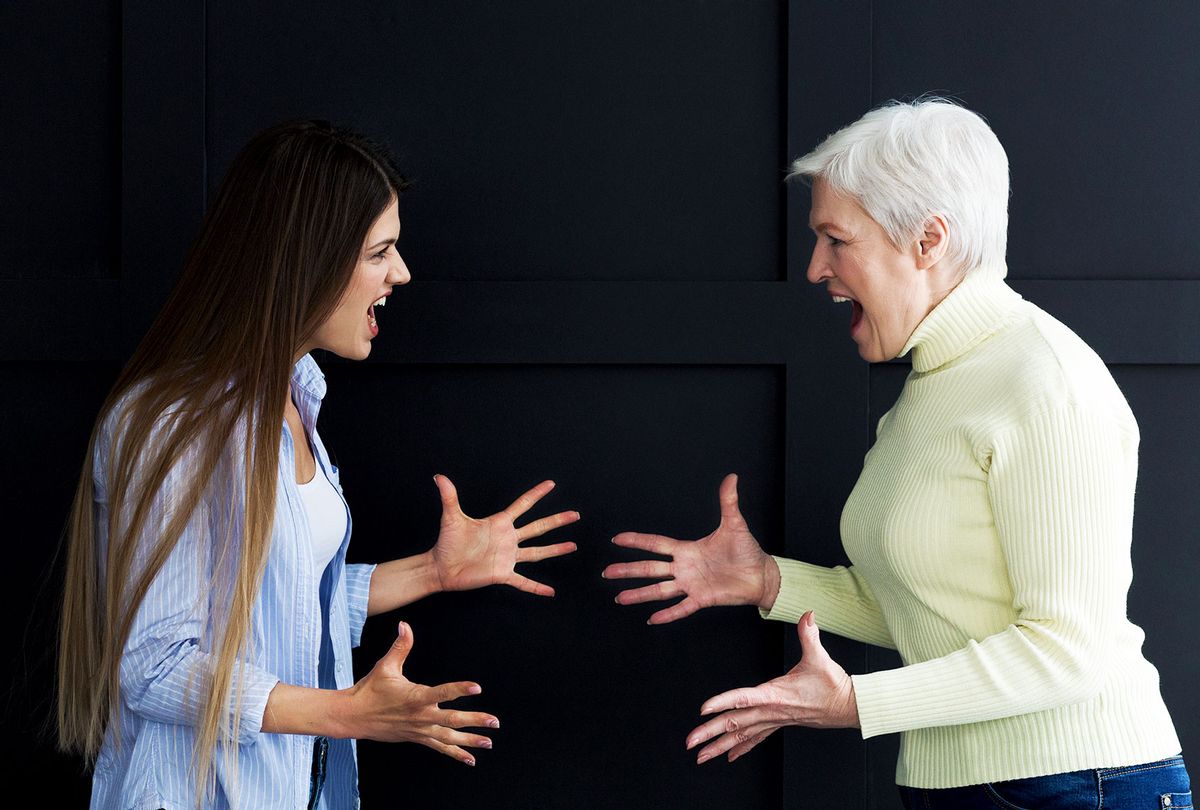 Mother and daughter yelling at each other (Getty Images/Prostock-Studio)
--

It doesn't matter how old you are. An extended visit to your parents' house can transform anyone into an angry teenager again.

I would know, as I was among the 52 percent of millennials living with their parents during the pandemic. My now-husband and I saw our lives in flux before our wedding; as a result, we moved in with my mom for a few months.

Given how close I was to such a major adult milestone, I was surprised at how my living situation changed my psychological disposition. Suddenly, I was visibly losing my patience with my mom, complaining to my fiancé how annoyed I was with her, and often taking walks just to get out of the house.

It wasn't until I was venting to a friend that I realized this feeling was all too familiar in a very uncomfortable way. I felt like I was regressing to a 15-year-old version of myself again. To be clear, I have a very good relationship with my mom. But, we both agreed that we cohabitated a little longer than either of us could tolerate.

The experience I'm describing isn't an abnormal one, and it often happens as many people pack their bags and spend days or weeks with their parents during the holidays. These reunions generally start off cordially; but at a certain point, after the niceties have passed, a family may find themselves regressing to versions of themselves they'd prefer to forget.

That's not only true of adult children. Parents often regress to a state where they feel as though they're parenting a teenager or child again, instead of a 20-something, 30-something, or even 40-something adult. Why does this happen?

According to Dr. Carla Marie Manly, a clinical psychologist and author of "Joy From Fear," a childhood home can be a trigger for "old dynamics."

"Many people assume that psychological growth naturally matches chronological growth, but unless a person works to individuate from a family of origin in healthy ways, returning to a childhood home can certainly trigger old dynamics — especially the unhealthy ones," Manly said. "Moreover, parents often unconsciously assume pre-existing authoritarian roles when their adult children return home; this can create difficult challenges for the adult child who wants to be seen and treated as an adult."

Indeed, when a person goes back in time mentally and emotionally — in the sense that memories are triggered by a specific place, like a childhood home — that can change everyone's behavior. Dr. Mark Borg, co-author of the upcoming book, "Making Your Crazy Work for You," agreed that an environment can trigger old habits and patterns, but noted the environment isn't always a physical home.

"The primary caretaker, or caretakers, is the environment," Borg said, adding that the relational patterns we develop with our parents and siblings when we are young often repeat themselves throughout adulthood. What we learn about ourselves and others in our early life becomes "a blueprint" for how we expect things to be, Borg added. "It creates a tendency (it's been called a 'compulsion' ) to seek, find and recreate in future relationships familiar elements from the most salient and influential times in our history." Borg explained that "the influence is mutual. . . that is, children are heavily influenced and transformed by their parents, and their parents are, in turn, influenced by their role as caretakers."

Borg said the holidays are "particularly salient for such repetition."

"They are already so heavily imbued with profound and irrepressible memory and emotion," Borg said.

Another reason this regression can happen is because both the adult child and the parents don't know these newer versions of themselves.

"The parents often do not know the adult versions of their children as well as the child versions; they may also still see their adult children as 'kids,'" said Rebecca Tolbert, a therapist in Washington DC. "The adult children have set beliefs about what their childhood home and parents are like; both parties fall into what is 'typical' instead of addressing the situation and intentionally building something new."

Tolbert said to think of it like an athlete who has routinely practiced a sport for years.

"You've spent 18 years with your parents every single day in a specific dynamic, and if you are an athlete and you're practicing something all the time, that's the routine and the rhythm that is going to be established," Tolbert said. "So when you come back to your parents' house, they know this person that they've spent 18 years with every single day as a specific person, maybe you're 40 years old, but they still have spent all of that time with that version of you than they have with this adult version."

"Interestingly, this often occurs even in healthy relationships," Talley said. "But the regression is much less intense, and the impact on the visit is transitory at best."

Tolbert suggested families talk about this before the holidays to avoid regressing to an unpleasant dynamic, and recommended Marshall Rosenberg's nonviolent communication strategy as a way that people can have these conversations.

"I would recommend families sit down and have honest conversations about expectations from each other," Tolbert said. "Understanding expectations and boundaries can help change the dynamic into one that is most beneficial for everyone."