The Democratic Party seems to have a problem with rural voters, and it isn’t getting any better 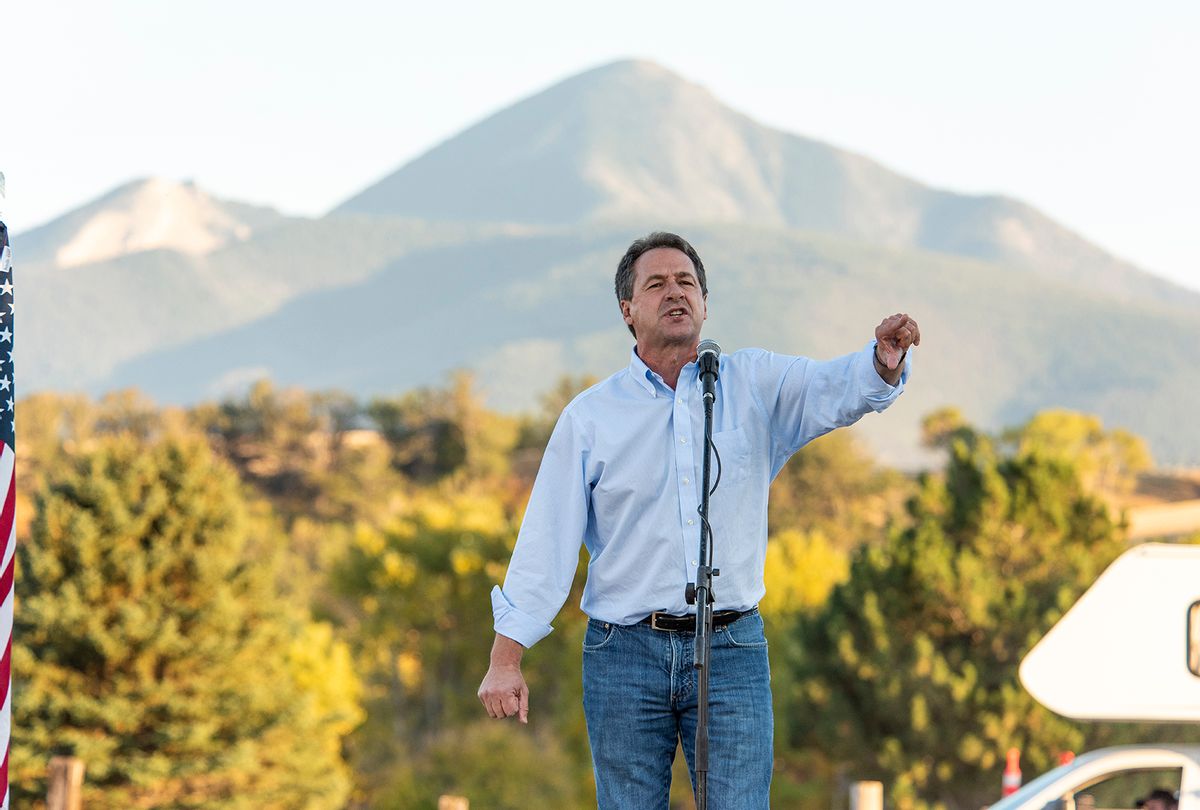 Montana democratic Governor Steve Bullock campaigns for the senate at a drive in rally on October 3, 2020 in Livingston, Montana. (William Campbell/Getty Images)
--

Although now-President Joe Biden enjoyed a decisive victory over former President Donald Trump in the 2020 election, Democrats had their share of disappointments in down-ballot races last year — including centrist Democrat Steve Bullock's loss to Republican incumbent Sen. Steve Daines' in Montana's U.S. Senate race. Bullock, reflecting on the 2020 and 2021 elections, has a warning for fellow Democrats in an op-ed published by the New York Times this week: the Democratic Party has a problem with rural voters, and it isn't getting any better.

Bullock has a track record in Montana politics. Despite being a Democrat in a deep red state, he served as Montana attorney general before serving two terms as governor. But when he tried to unseat Daines in 2020, he lost by 11%.

"The Democrats are in trouble in Rural America," Bullock warns, "and their struggles there could doom the party in 2022. The warning signs were already there in 2020 when Democrats fell short in congressional and state races despite electing Joe Biden president. I know because I was on the ballot for U.S. Senate and lost."

"In this year's governor's races in Virginia and New Jersey," Bullock notes, "we saw the Democratic vote in rural areas plummet, costing the party one seat and nearly losing us the other. It was even worse for Democrats down ballot, as Democrats lost state legislative, county, and municipal seats."

Bullock stresses that Democrats have a major image problem in rural areas of the United States.

"It's never easy for Democrats to get elected in Montana, because Democrats here are running against not only the opponent on the ballot, but also, against conservative media's — and at times, our own — typecast of the national Democratic brand: coastal, overly educated, elitist, judgmental, socialist, a bundle of identity groups and interests lacking any shared principles," Bullock laments. "The problem isn't the candidates we nominate. It's the perception of the party we belong to."

RELATED: America's embittered rural-urban divide breaks down when it comes to diseases of despair

Bullock doesn't believe that Rural America is a lost cause for Democrats, but he argues that they need to do a better job with their rural outreach.

We need to frame our policies, not in terms of grand ideological narratives, but around the material concerns of voters. Despite our differences and no matter where we live, we generally all want the same things: a decent job, a safe place to call home, good schools, clean air and water, and the promise of a better life for our kids and grandkids.

"It's time for Democrats to get uncomfortable and go beyond friendly urban and suburban settings to hear directly from folks in small towns who are trying to run a business, pay the bills, and maintain access to health care," Bullock advises. "They have stories to tell and ideas to share, and we should listen."