Live in a pro-Trump county? You're nearly three times more likely to die of COVID-19

A staggering discrepancy in vaccination rates correlates with misinformation, according to a new analysis 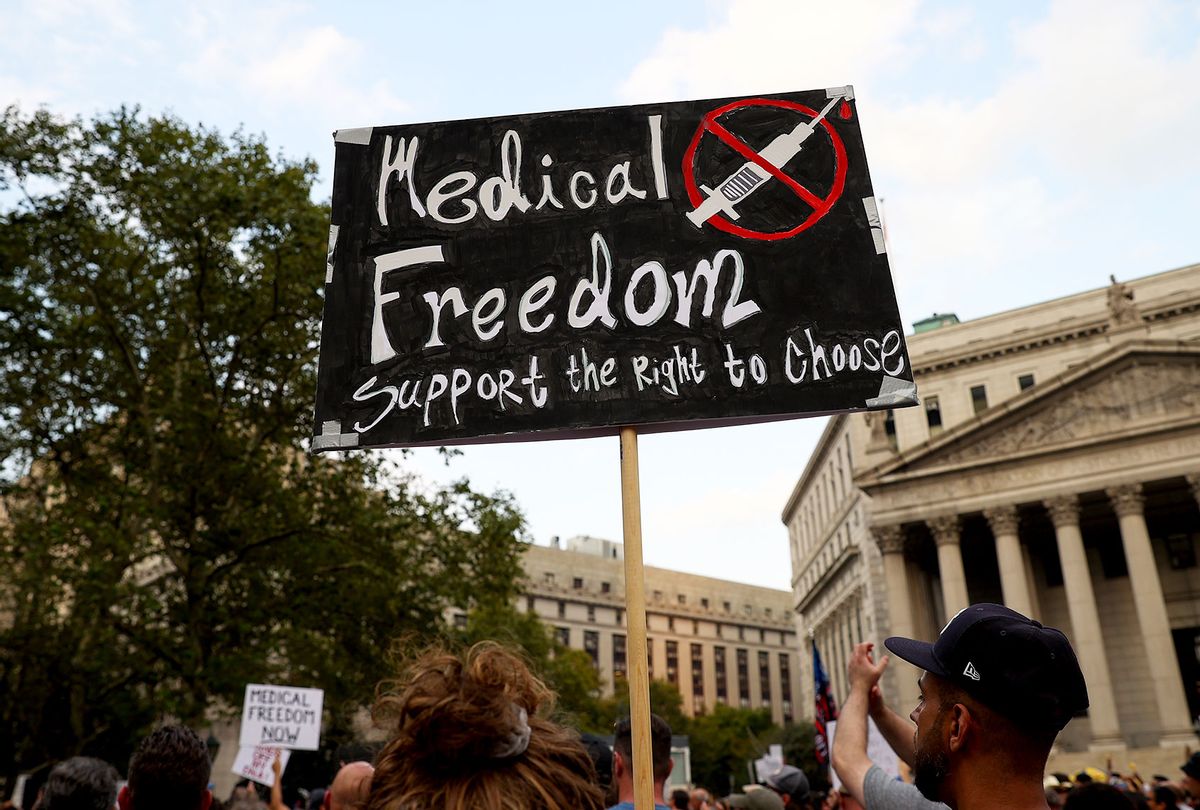 A new analysis of U.S. vaccination data shows the staggering toll that COVID-19 continues to take on the areas of America that voted heavily for former President Donald Trump — a discrepancy that's largely due to media illiteracy and misinformation that have spread rampantly in right-wing circles over the course of the pandemic.

In fact, data analysts at NPR determined that people living in counties that voted for Trump last year are nearly three times as likely to die from the virus, a statistic that also gets worse as the vote share percentage increases.

The publication looked at the death rate in roughly 3,000 counties across the country, starting in May 2021, when vaccines became widely available to the general public. Specifically, counties that voted at rates higher than 60% for Trump had a COVID-19 death rate that was 2.7 times higher than equivalent counties that swung for Biden.

And in October, the 10% of the country that voted most heavily for Trump had nearly six times the death rate as the equivalent blue counties, NPR found. Today, it sits somewhere around 5.5.

After the vaccines became available earlier this year, political affiliation has been by far the strongest indicator of vaccination status — more than any other demographic data point, including age, race or gender. For a time during the first few months, other groups like African Americans expressed hesitancy, but by now those differences have largely been erased, according to NPR.

"An unvaccinated person is three times as likely to lean Republican as they are to lean Democrat," Liz Hamel, vice president of public opinion and survey research at the Kaiser Family Foundation, told NPR. "If I wanted to guess if somebody was vaccinated or not and I could only know one thing about them, I would probably ask what their party affiliation is."