"Other countries have figured out better ways to get these tools into the hands of their citizens. Do better" 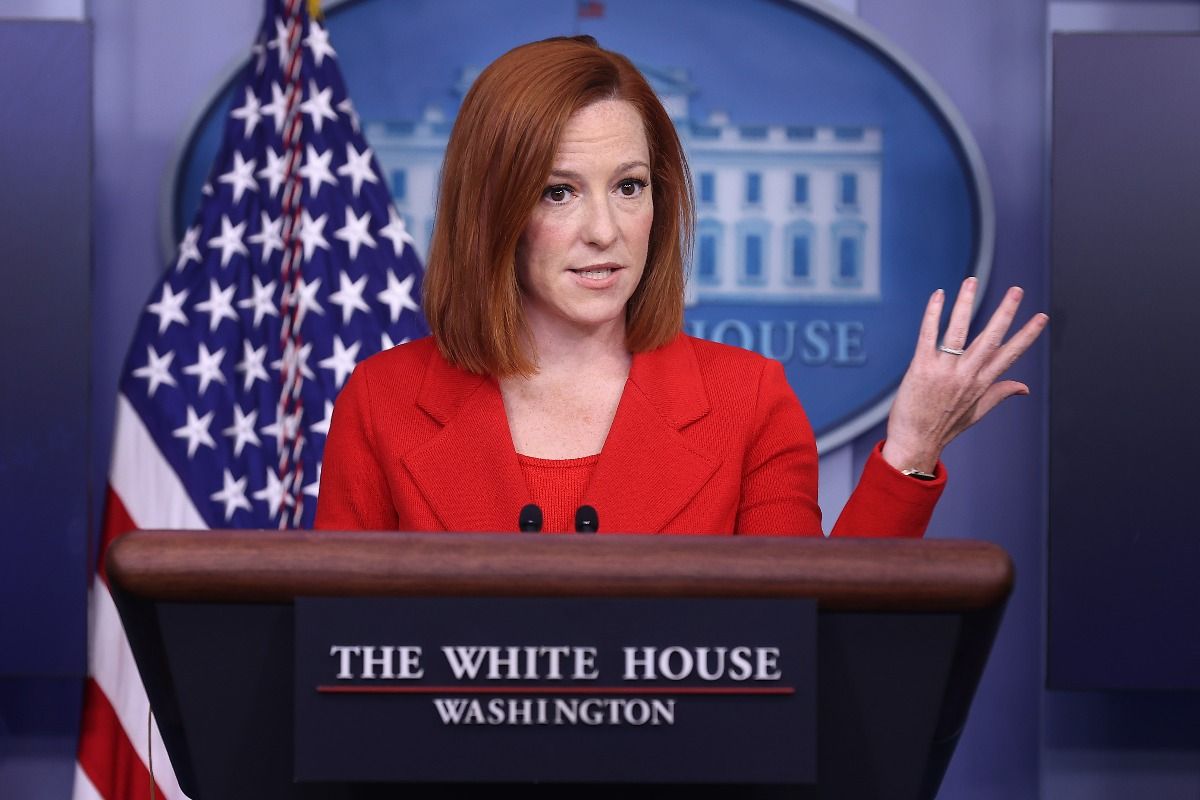 White House Press Secretary Jen Psaki on Monday rejected the idea of having the federal government mail free Covid-19 tests to households across the United States, a solution that has long been part of other nations' efforts to combat the pandemic.

During a press briefing, a reporter asked Psaki why the U.S. continues to lag behind the United Kingdom, Germany, South Korea, and other countries in making rapid Covid-19 tests easily affordable and accessible to all who want or need one—an objective that has gained importance amid fears of another winter surge fueled by the Omicron variant, which has been detected in at least 15 U.S. states.

Psaki responded by outlining a new White House plan under which Americans will be able to seek reimbursement from their private health insurers to cover the costs of rapid, over-the-counter coronavirus tests.

The plan—which likely won't take effect until mid-January—sparked immediate criticism when it was released last week, given that it will force people to navigate the byzantine private insurance system to get a refund on tests that remain expensive in the U.S. more than a year and a half into the pandemic.

"That's kind of complicated though," the reporter told Psaki on Tuesday. "Why not just make them free and give them out to—and have them available everywhere?"

To which Psaki replied, "Should we just send one to every American?"—seeming to dismiss the idea as ludicrous.

"Then what happens if you, if every American, has one test?" Psaki added. "How much does that cost, and then what happens after that?... I think we share the same objective, which is to make them less expensive and more accessible. Right? Every country is going to do that differently."

The exchange angered public health experts who have long argued that the U.S. approach to testing is badly inadequate, hindering the nation's ability to detect and limit outbreaks of the virus. It is unconscionable, experts say, for a country as rich as the U.S. not to make rapid Covid-19 testing free and universally available.

"This answer was terrible, flippant, wrong," Yale epidemiologist Gregg Gonsalves wrote in a tweet directed at Psaki. "Rapid tests are hard to get, expensive, and could be a key intervention in fighting Covid-19. Other countries have figured out better ways to get these tools into the hands of their citizens. Do better."

"Of course the tests should be free, and all over the place!" Shure argued. "This is already happening elsewhere! It's gobsmacking how ill-prepared she was for this question, which suggests this isn't the urgent and overarching concern it ought to be in Bidenland right now."

In a report published last month, the Kaiser Family Foundation noted that several peer countries of the U.S. "have made rapid home tests widely available and at little or no cost."

"The U.K. government, for example, provides up to seven tests per day to those who cannot get tests from work or school and recommends each individual screen themselves twice weekly," KFF observed. "Providing up to seven tests per person allow one individual to collect tests for a whole household. Germany, until recently, made rapid antigen tests freely available as well (and tests can still be purchased for a few dollars in grocery stores)."

In the U.S., by contrast, "tests range from $9 each to $24 for a box of two (which are more commonly available)," Annalisa Merelli of Quartz reported last week.

"They are only sold in pharmacies," she added, "and hardly an everyday tool at the level of a mask, or hand sanitizer."