The political divide in the United States has become irreconcilable, study says

The U.S. is at dangerous "level of polarization,” political scientists warn 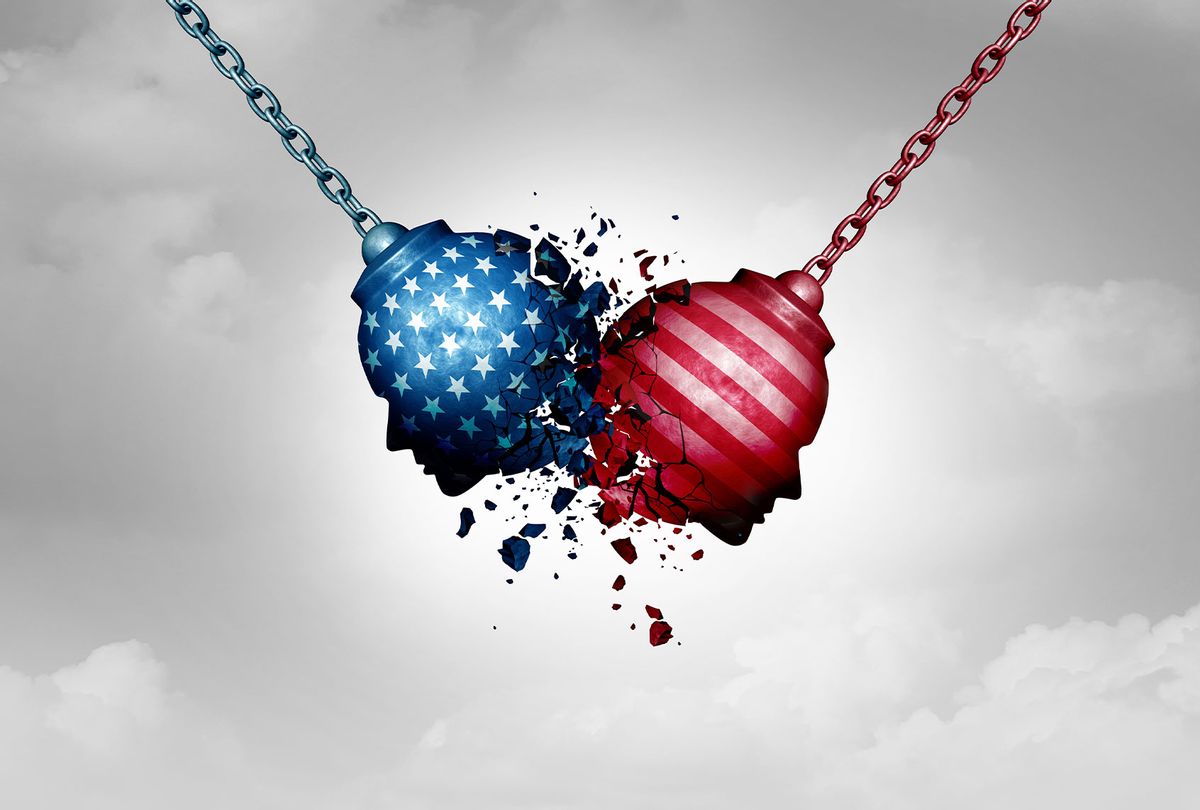 Politics in the United States have become an increasingly polarized affair for decades, driven largely by the right moving further to the right. Observation of political polarization is not merely anecdotal; studies repeatedly bear this out.

Now, some researchers say the partisan rift in the United States has become so extreme that the country may be at a point of no return.

According to a theoretical model's findings published in the Proceedings of the National Academy of Sciences, the pandemic failing to unite the country, despite political differences, is a signal that the U.S. is at a disconcerting tipping point.

"We see this very disturbing pattern in which a shock brings people a little bit closer initially . . .  but if polarization is too extreme, eventually the effects of a shared fate are swamped by the existing divisions and people become divided even on the shock issue," said network scientist Boleslaw Szymanski, a professor of computer science and director of the Army Research Laboratory Network Science and Technology Center at Rensselaer Polytechnic Institute. "If we reach that point, we cannot unite even in the face of war, climate change, pandemics, or other challenges to the survival of our society."

As I've reported before, sociologists and experts in disaster resilience studies often observe that a "therapeutic community" surfaces in the wake of a disaster — whether that's a hurricane, wildfire, or a terrorist attack. While that was the case to some extent after 9/11, the pandemic hasn't united the nation the same way. Experts have argued that any possibility of unity was doomed from the start of the pandemic, in part because of how politically divided and polarized the nation was before the novel coronavirus began spreading. This latest paper adds to this theory, and suggests that the U.S. is so divided that it is at an irreparable point at which unity is not possible.

Szymanski and fellow researchers reached their conclusion by simulating the views of 100 theoretical legislators around 10 polarizing issues. The researchers had their theoretical legislators interact and network with theoretical neighbors and like-minded groups to see the influence these interactions had on polarization, too — akin to a "Sims"-like video game. When manipulating the group's "control parameters" — such as increased party identification, intolerance for disagreement, and extremism — the model found that polarizing behavior among politicians is one reason why the country is as politically divided as it is today.

At various points, the research team introduced an outside threat, like a pandemic, and then recorded how the group behaved. Interestingly, it appeared that when the group introduced an internal threat that failed to unite the country, that meant that the level of polarization was beyond repair.

RELATED: 9/11 brought Americans together. Why is the pandemic tearing them apart?

Indeed, graphs displaying the relationship between polarization and the control parameters showed that in many situations a high amount of polarization that couldn't be rectified by an external threat meant that a society was in a "phase transition," where measures of polarization began to increase exponentially. In some scenarios, if the polarization was dialed down the trend could be reversed. In other cases, a recovery wasn't possible.

"Although political polarization is nothing new, expanding political division is creating an unpredictable environment that threatens the capacity of government to respond rationally in a crisis," said Curt Breneman, dean of the Rensselaer School of Science. "This research is designed to enhance societal resilience by predicting when the level of political polarization within an influential group is nearing the point where a sudden threat will no longer produce collective action."

Szymanski said he hopes people take away from this study that this "theoretical model confirms intuition."

"If the external strong signal does not unite people, we are in danger of getting into this  irreversible polarization," which Szymanski alarmed is bad for democracy. "In a divided society, it's of course very difficult to maintain that democracy which requires agreements of all people and the people who win elections and lose elections."

Szymanski added that the research shows the U.S. is at a "dangerous level of polarization," but perhaps electing less polarizing politicians could reverse the trend the U.S. is facing.