This is your brain on partisan politics: New scientific study reveals key cause behind polarization 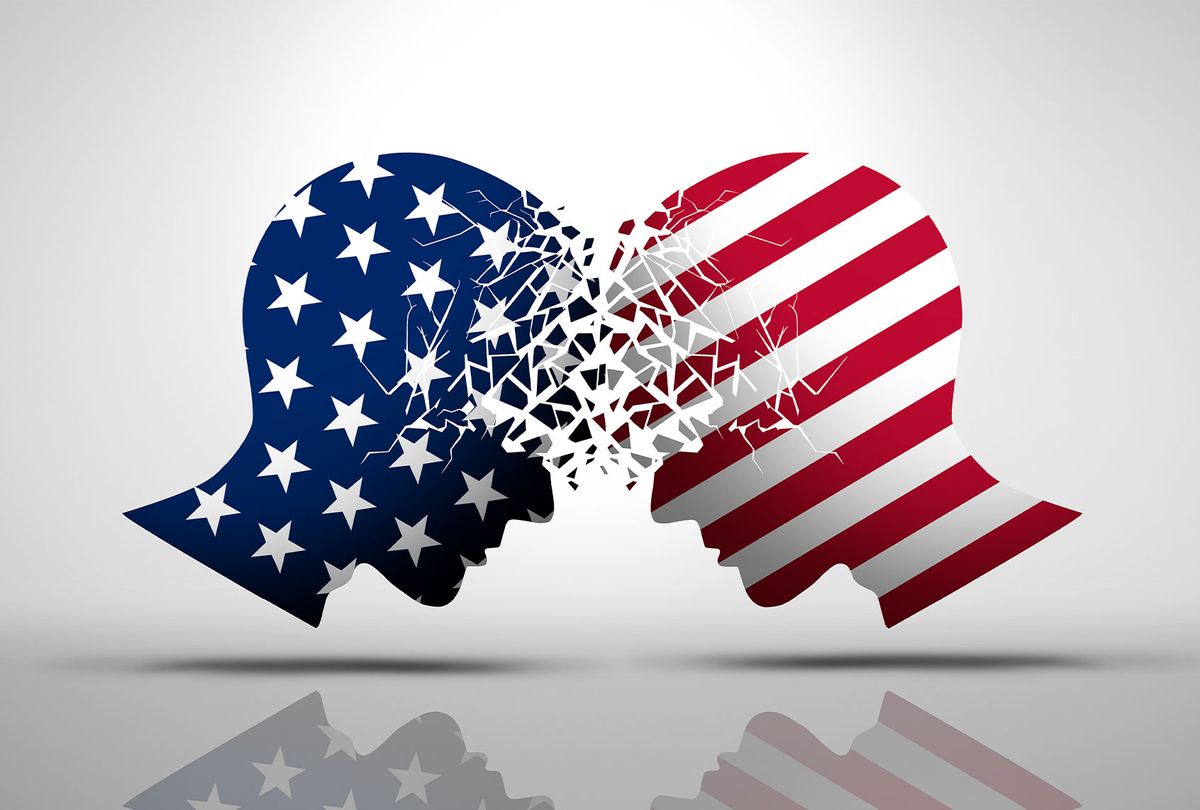 More than 60 years ago, President Dwight Eisenhower took a break from his busy schedule to answer a letter from a terminally ill World War II veteran. The ailing man, Robert Biggs, had respectfully criticized Eisenhower's recent speeches for projecting a sense of uncertainty, explaining that "we wait for someone to speak for us and back him completely if the statement is made in truth." The 34th president felt that people in democracies should be wary of needing to feel certain about important issues.

"I doubt that citizens like yourself could ever, under our democratic system, be provided with the universal degree of certainty, the confidence in their understanding of our problems, and the clear guidance from higher authority that you believe needed," Eisenhower argued to Biggs. "Such unity is not only logical but indeed indispensable in a successful military organization, but in a democracy debate is the breath of life."

While some debate whether bipartisanship is desirable, a recent study in the scientific journal "Proceedings of the National Academy of Sciences of the United States of America" (PNAS) reveals that Eisenhower may at least have been correct when he observed that people who feel a need for ideological certainty fuel political polarization. The scientists monitored and analyzed the brain activity of politically engaged people and found that, regardless of whether they were liberal or conservative, they shared at least one trait: If they had a strong aversion to feelings of uncertainty, they tended to become increasingly polarized in their ideology and perception of events.

The scientists recruited a few dozen participants, liberal and conservative alike, to watch video clips that included a nature documentary, a neutral news segment about a politically controversial subject and a segment from the 2016 vice presidential debate. Jeroen van Baar, PhD, a co-author of the study who is now a research associate at Trimbos, the Netherlands Institute of Mental Health & Addiction, explained to Salon that he and his colleagues noted that participants' brain activity looked different as they viewed "a polarizing video clip" from the vice presidential debate between Tim Kaine and Mike Pence in 2016.

What exactly does it mean when van Baar says brains "looked" the same or different? The scientists used a technique called "brain-to-brain synchrony."

"If you show two people a video while scanning their brain activity, this activity ramps up and down at different times, depending on how these people feel," van Baar explained. "The brains of people who have similar subjective experiences tend to 'tick together', i.e. show synchronized activity."

The opposite is also true — the brains of two people who have different subjective reactions to the same video will respond "quite differently," according to van Baar.

The scientists learned that people with similar political views had increased synchronization when watching politically charged — as opposed to neutral — content. (That's what van Baar calls the "same-lens effect" at work.) And the team found this synchronization to be increased among people who are also intolerant of uncertainty.

Study co-author Oriel FeldmanHall, an assistant professor of cognitive, linguistic and psychological sciences at Brown University, told Salon that being intolerant of uncertainty is a personality trait that can have an effect on everything from a person's willingness to participate in risky behavior to their comfort when meeting new people — and it can exacerbate what FeldmanHall called "neural polarization."

"Two individuals who were intolerant to uncertainty exhibited a greater neural synchrony . . . when watching the same political content, regardless of whether they identify as a Democrat or Republican," FeldmanHall said. "To put it simply, intolerance to uncertainty led to more ideologically polarized brain responses."

The good news here, FeldmanHall explained, is that targeting the fear of uncertainty could help cross divides. That could help make political debate — democracy's "breath of life," as Eisenhower put it — more effective.

"There are lots of different things that one can do to reduce anxiety relating to uncertainty," FeldmanHall said. "And if you can harness these practices, effectively making yourself more comfortable with uncertainty, you are more likely to 'reach' the other side."

"A solution would be for politicians—and anyone debating politics—to simplify, simplify, simplify," Van Baar told Salon. "Try to say what you mean in the most concrete and unambiguous terms you can come up with. You may still find that your opponent disagrees with you, but they might for the first time understand what you are trying to say. And mutual understanding may eventually grow trust between political factions."

This brings us back to Ike. The president probably did not intend to dismiss Biggs' concerns when he wrote that letter in 1959, but it appears that he may have wanted to listen to him more closely. Perhaps there is a case to be made for finding a middle ground — in politics and in life — between being overly-certain and not being reassuring enough.