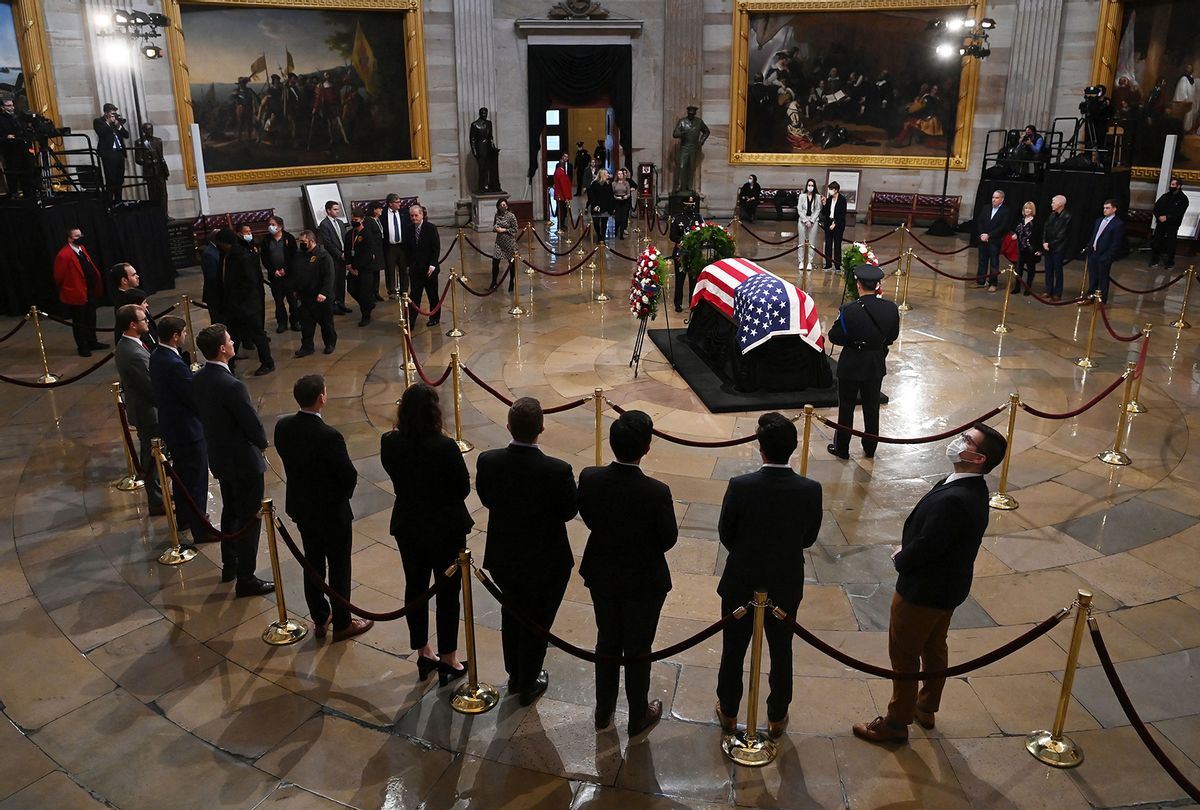 People pay their respects to former Senator Bob Dole (R-KS) in the US Capitol rotunda on December 9, 2021 in Washington, DC. (MATT MCCLAIN/POOL/AFP via Getty Images)
--

An event planner helping to organize the funeral of legendary Republican Sen. Bob Dole was let go from his duties after it was revealed that he had played a part in executing the Jan. 6 "Stop the Steal" rally prior to that day's riot at the U.S. Capitol building, reports said.

The man, Tim Unes, was also recently subpoenaed by the select committee investigating the attempted insurrection on Jan. 6.

He was assisting the Elizabeth Dole Foundation in planning the ceremonies for Sen. Dole, a Kansas native and WWII veteran who served as the Republican presidential nominee in 1996. The foundation said in a statement to the New York Times that it cut ties with Unes, a volunteer, after discovering his Jan. 6 involvement.

"This evening, I made Senator Elizabeth Dole aware of Mr. Unes's alleged involvement in the events of Jan. 6, 2021," the foundation's CEO Steve Schwab said, referring to Bob Dole's wife, who also served in the U.S. Senate after his passing. "Senator Dole was previously unaware of his participation and terminated his volunteer role."

Problems with Unes' involvement with "Stop the Steal" were reportedly first raised by Senate Minority Leader Mitch McConnell, whose office contacted the Dole family to voice their concerns about his involvement.

In addition to a history of work with Donald Trump's 2016 campaign, Unes also has longstanding ties to the Dole family. He served as then-presidential nominee Bob Dole's tour director in 1996, traveling extensively with him during the campaign, according to the Times.