"He is welcome to apply for admissions and will be treated as any other applicant would be," the university said 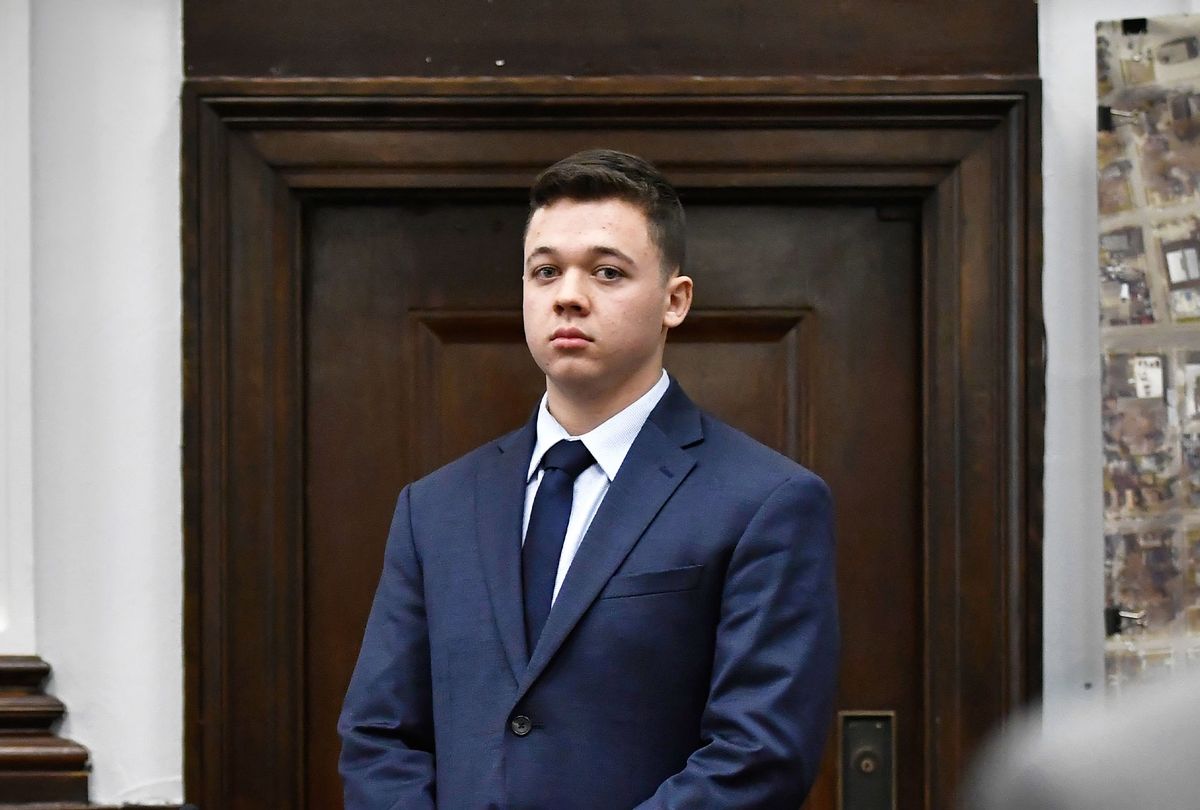 Kyle Rittenhouse waits for the jury to enter the room to continue testifying during his trial at the Kenosha County Courthouse on November 10, 2021 in Kenosha, Wisconsin. (Sean Krajacic-Pool/Getty Images)
--

Kyle Rittenhouse, the 18-year-old who was found not guilty recently for the fatal shooting of two Black Lives Matter protesters during the summer of 2020, says he'll attend Arizona State University in-person this spring as a pre-law undergraduate student.

The only problem? ASU says he hasn't even applied.

The Illinois native said on the stand during his trial last month that he was enrolled in several online courses offered by the University as a non-degree seeking student, and added later in an interview with NewsNation that he was on "compassionate leave'' during his trial.

But in a statement to Forbes Friday, ASU spokesperson Jay Thorne said: "Mr. Rittenhouse withdrew from the two online courses for which he had signed up; he is welcome to apply for admissions and will be treated as any other applicant would be if and when he does."

After news of his ties to the university were made public during the proceedings, students at ASU flew into an uproar, staging protests and chanting things like "Killer Kyle off our campus." Rittenhouse supporters also flocked to campus in an attempt to defend the teenager, according to the Associated Press.

"They came out with a statement saying oh, no no no no, he's not enrolled at ASU anymore," Rittenhouse said. "I'm like, I'm enrolled, I'm just not in any classes. I'm admitted, I have a student portfolio."

It appears Rittenhouse is too late to submit an application for the spring 2022 semeste​​r — the admission deadline was Nov. 1, according to the university's website. Though a spokesperson for the university said he can always apply for the fall semester — or at any time in the future.

​​"Any qualified individual can apply for admission," Thorne told the Arizona Republic.