'Tis the season, once again: Evangelicals must save Christmas from an imaginary enemy

My fellow evangelicals claim they're fighting to keep Christ in Christmas. But they've been ignoring him for years 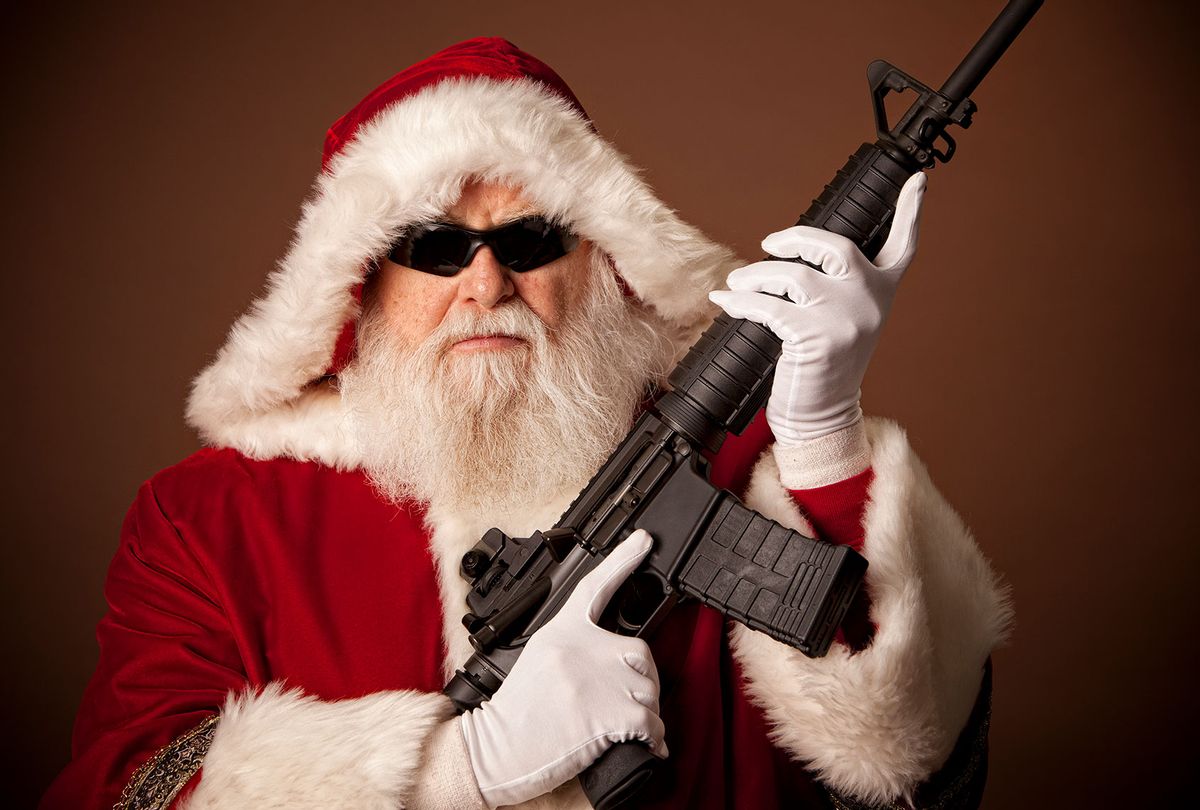 Here comes my favorite season of the evangelical political calendar. It's time for the righteous war to save Christmas from the evil progressives with their "Happy Holidays" and their zero-tolerance policy for nativity scenes. Those heartless liberals will attempt once again to destroy the true meaning of Christmas, burn down all the Christmas trees (not just the one outside the Fox News building), spell it as "Xmas" and generally rip all mention of God from this holiest of holidays.

No of course I don't believe any of that, despite my personal background as an evangelical pastor. In truth, this yet another political and cultural issue that has been created entirely out of whole cloth by the great distaction agents of the evangelical Republican machine. I believe this issue perfectly illustrates the blueprint behind the evangelical approach to politics. They start with a fake issue that requires no grounding in scripture, zero biblical evidence and zero change for anyone within their own group. It is easily identifiable and pushes emotional buttons, which makes it an easy money-raising grift for politicians and pastors, and reliably provides a seasonal ratings boost for Fox News. It's another issue where evangelicals get to pretend they are fighting for God's cause while in fact ignoring every issue that affects God's people. Lastly, they get to declare victory every year because, no matter what Donald Trump and any number of leading evangelicals may claim, there never was a war on Christmas conducted by liberals, atheists, Muslims, Jews, godless Communists and other infidels.

The idea that somehow Christ's birthday — which definitely wasn't on Dec. 25, by the way — requires any form of annual celebration has no connection to Christ, his teachings or the Bible. I cannot even figure out what aspect of the "traditional" Christmas celebration has anything to do with Jesus. The madhouse shopping (both online and in person), the tree, the lights, the tinsel, the consumerist orgy of Black Friday and Cyber Monday and whatever other special days the marketing people can come up with this holiday season is a celebration of everything that money can purchase, and has literally nothing to do with the ministry of Jesus. Last I heard, according to Christian theology you cannot serve both God and money, and far too many are trying to do just that during the Christmas season — and for that matter all year round. Christ was removed from the Christmas season a long time ago, no matter what you call the holiday.

No issue better exemplifies the misdeeds of the evangelical political machine than the fight to "save" Christmas from imaginary enemies who are supposedly trying to crush the joy out of the holiday with too much wokeness (or whatever). The enemy is said to be everywhere, yet somehow the fight is easily winnable. You will hear a handful of folks who announce, "I proudly say Merry Christmas," as if some committee of socialists or feminists were trying to prevent them from saying it. It is difficult for me to imagine Jesus Christ walking around an American town saying, "Hey, where's my nativity scene?" It's easier for me to imagine Jesus wondering why this country so many people claim is a "Christian nation" can ignore the plight of the poor, the sick and those newly arrived among us.

Fighting the war on Christmas also allows the evangelical movement to ignore larger issues that plague millions of Americans during this time of year. The Christmas season is known pose specific difficulties for homeless veterans, for people without health insurance, for those who are barely struggling to get by, and for the sick, lonely and desperate. If I'm not mistaken, those are the people Christ called his followers to serve — but fighting to save Christmas from the liberals allows the evangelicals to ignore that urgent call.

The annual declaration of victory is my favorite hypocritical element of this ritual war. At one point some years ago, former Fox News host Bill O'Reilly declared he had personally won this fight, saving Christmas for all real Americans. There could hardly be a better example of everything that is wrong with this movement: O'Reilly got his followers worked up about saving Christmas, while in his own life he was sexually harassing numerous women he worked with. That's very much like the evangelical movement: Find an issue to draw attention away from what you're doing in secret, very likely being acts of cruelty, oppression and ignorance. Victory is easily declared because there was no fight, except in the overheated evangelical imagination. Christmas always comes around every year and fake victory follows, along with great ratings for Fox News, fundraising for sanctimonious Republicans and big money flowing into evangelical churches.

So, yes, for the next few weeks the battle will be joined again, and evangelical believers will once again be told the fight is difficult — but in the end (spoiler alert!) Christmas will be saved yet again. In truth, nothing much will occur to make this holiday season different: We will see no new laws enacted to help those in need, heal the sick, welcome the foreigner and serve the poor. But at least we get to say "Merry Christmas" — which of course we always did — and somehow that will make up for all our lost opportunities to make real change in Christ's name.

I don't begrudge anyone the "Christmas spirit." But as I said earlier, nothing about our current Christmas culture has anything to do with Jesus, no matter what we may call the season. The life of Christ had nothing to do with decorated fir trees, expensive electronic gadgets or ugly sweaters. Maybe we could say it had something to do with giving and receiving gifts — but not in the literal or material sense. If we were truly to celebrate the ministry of Jesus in America, that would mean a celebration of sacrifice, mercy, forgiveness and humility. We're a pretty long way from that right now.

More on the evangelical war to "save" the holiday season from liberals: