Give it a rest, Republicans — no one wants to take away Turkey Day 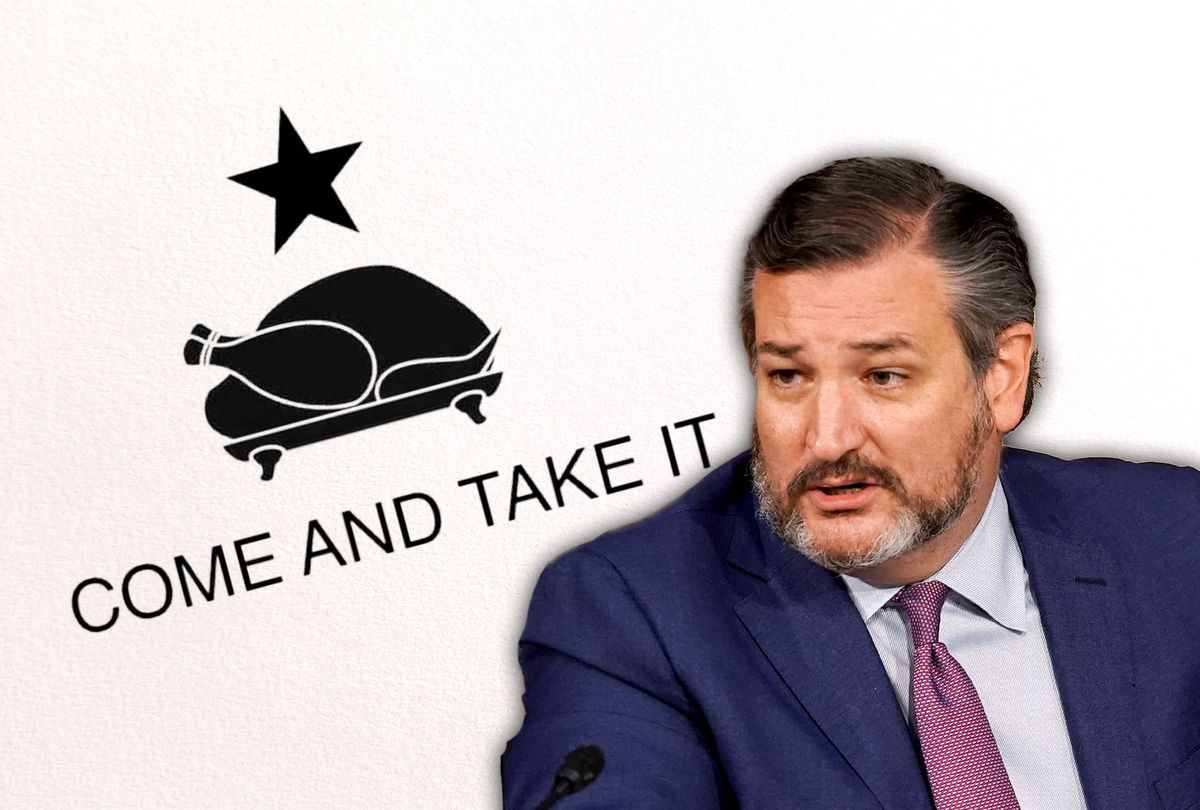 With Donald Trump's post-election flailing becoming less coup and more con-job by the day, the rest of the GOP is clearly feeling anxious about losing the golden goose they've come to rely on to lay eggs full of gooey grievance goodness.

Trump, a man with no discernible business or personal skills, has one real talent: Whining. Unburdened by either shame or an attachment to reality, he has ben able to endlessly generate imaginary slings and arrows flung at him. It thrilled his almighty base, people whose entire political world is dominated by fantasies about judgmental liberals clucking phantasmic disapproval in their ears.

Trump's entire 2020 campaign was dominated by the horrors of what was deemed "cancel culture." It's a vague term that, judging by the endless speeches on the topic at the Republican National Convention, means the obsessive conservative fear that liberals think they're gross and don't want to hang out with them.

Which is fair enough! But not exactly the human rights violation that it was made out to be. Nor is it something that can be changed through electoral politics. Instead, the 74 million Americans who swooned to Trump's message turned out mostly to stick it to the liberals to punish them for this rejection.

It won't be easy for other Republicans to recreate Trump's magic. He's got a real talent for focusing the attention of conservative voters on the emotion of grievance, to the point where it crowds out all other political considerations, such as concern over the failing economy or fear of the pandemic.

Since actually doing the job of serving Americans is out of the question for Republican politicians, the only real path forward is to find some other way to keep those millions of voters locked in emotional stasis, forever possessed by incoherent rage at liberals for disapproving of them.

And so, unfortunately, we have our first post-Trump phony outrage, hyped by the usual suspects in GOP politics and on Fox News: The "war on Thanksgiving."

Late Saturday night, Sen. Ted Cruz of Texas, in his try-hard Trumpian style, let loose with this embarrassment of a tweet:

No, this was not a joking assertion that his wife's cooking was so good he had to fend off thieves with a shotgun. (Cruz is incapable of that kind of a genuinely fun humor, at any rate.) No, Cruz is trying to push this deliriously dumb notion that liberals are scolds who wish to destroy Thanksgiving for no other reason than a psychotic hatred of pleasure.

He's picking up the baton that was offered by Fox News, who has been trying to scare their audience into believing that leftists, out of the pure evil in their communistic hearts, want to destroy an American holiday. As Media Matters has documented, host after host, segment after segment, the right-wing propaganda network has hyped fears that liberals are going to "cancel" Thanksgiving, presumably because the left hates fun.

The trolling rhetoric has gotten so out of hand that Fox News talking head Charles Payne actually tried to compare this fictional war on Thanksgiving to Trump's actual, real-world policy of snatching babies away from refugees seeking legal asylum.

"That is separation of families," Payne said, both playing the victim and mocking liberals who oppose baby-stealing. "We have been separated. We've been forced apart."

The hook for all this feigned umbrage, of course, is the barrage of warnings about COVID-19 and advice from public health officials about avoiding travel and large gatherings this year only.

There is nothing partisan about these warnings, it should go without saying. The CDC, for instance, advised against holiday travel, even though it's currently run by a Trump appointee. The only way that "please don't get sick or infect other people" is a partisan political message is in the wacky world of right-wing trolls, where any effort to show care and concern for the well-being of others is viewed as suspiciously "liberal."

This fake panic is all about the right desperately trying to find a way, post-Trump, to keep up the ridiculous narrative that liberals are a bunch of nags and spoilsports who only pretend to care about other people as a backdoor way to run a good time.

Everyone wants to imagine themselves a rebel, of course. But it's a poor fit for the American right.

It's particularly awkward to hang this narrative on family Thanksgiving. In the annals of good times, Thanksgiving averages from a D- to a C+, depending on how many drunken rehashes of childhood arguments erupt over dinner. It's an occasion so dreadful that many people — mostly the supposedly anti-fun progressives — have added a Friendsgiving to the weekend's festivities, so they can say that at least one of the meals of they ate was enjoyable.

Nor will it ever make any sense that Republicans — the same people who want to take away your birth control, and who are stocking the courts full of people who would bring back laws against sodomy if they could — have decided they're the guardians of fun.

This conflict was apparent in the tweets from Trumpist South Dakota Gov. Kristi Noem, who tweeted dire claims that "the media are even looking ahead and planning to cancel Christmas," as if the journalist class was licking its lips, eager to stifle any hint of fun.

But Noem's own description of said fun involved phrases like "thanking God for everything that he has blessed us with in our lives" and "thank God that we get to live in the greatest nation in human history," with excitement peaking at "enjoy that delicious turkey and stuffing." Sounds like all that's missing from the Noem celebration is a hair shirt and a lecture about how Cardi B will destroy the West with her decadence.

This contradiction exposes what's really going on: The "war on Thanksgiving," as well as the imaginary "war on Christmas" that predated it, is just another example of the wettest blankets of American society projecting their own bad habits onto their opponents.

It's more of the same projection that rules the modern right. Everything conservatives claim to be the victims of — corruption, election cheating, unfair character attacks — is exactly what they're dishing out. Trump, in particular, is the master of the form, always falsely accusing Democrats of doing the terrible things he is, in fact, doing.

The truth of the matter is that most people, especially those urban-dwelling and people-loving liberals, are unhappy about the conditions of life during the pandemic. But it's a sacrifice we have to make to save lives. Sacrifice used to be one of those values conservatives would yammer on about, in the long-ago days before Trump. Now the right has been fully consumed by nihilism and an imaginary victim complex, reducing them to childish trolls who whine about having to accept even the smallest amount of personal responsibility.