The seasonal spice contains a substance called myristicin, which, in high doses, can produce psychoactive effects 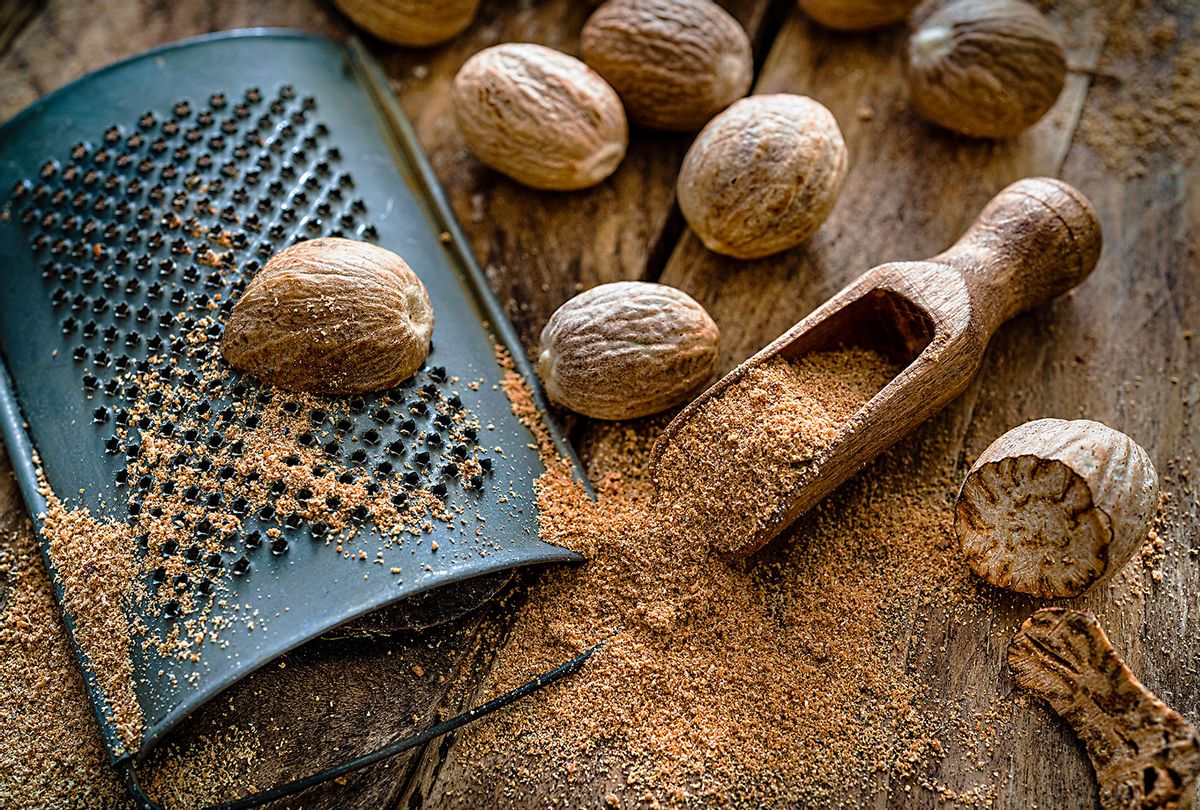 A report in the British Medical Journal, dated March 21, 1970, tells a peculiar story about a young woman's experience with a certain ubiquitous holiday spice. She had mixed "one ounce of nutmeg in water and orange juice" and downed the entire solution. Then things got weird.

"At first she felt no effect, but after four hours she felt cold and shivery," the report's authors wrote. "Six to eight hours later she was vomiting severely. She saw faces and the room appeared distorted, with flashing lights and loud music. She felt a different person and everything seemed unreal. Time appeared to stand still. She felt vibrations and twitches in her limbs. When she shut her eyes she saw lights, black creatures, red eyes and felt sucked into the ground. Her mood was one of elation."

The 19-year-old was hospitalized and spent the next week in a state of delirium. The doctors determined that, peculiarly, it was the nutmeg — that warm, semi-sweet fall spice that gets sprinkled into eggnog, pies, and pumpkin spice lattes — that elicited her bizarre physical and psychological reactions.

Cases of nutmeg poisoning are rare, but they happen. At least 120 have been reported to the American Association of Poison Control Centers (AAPCC) every year since 2017. In 2020, 274 were reported, 90 of which came in April, during the height of a viral "nutmeg challenge" on TikTok. The related hashtag has since been censored by the service, and the videos scrubbed. Almost all cases documented by the AAPCC involved this kind of self-administration — people, usually young, purposefully swallowing large quantities of the spice to achieve a risky high.

"People don't get high from nutmeg accidentally. You really have to try," said Andrew Stolbach, M.D., a medical toxicologist and emergency physician at Johns Hopkins Hospital. "People that do it are usually curious, or are looking for a 'legal high,' or they don't have access to other drugs"

Mr. Stolbach recalled a case, several years back, in which a patient showed up to the ER having consumed a combination of alcohol, cannabis, and several teaspoons of nutmeg.

"They felt kinda good, then they got really irritable and agitated and felt like they were dying," he said. "They made their roommate drive them to the ER. We evaluated them, watched them, and convinced them they weren't dying. We might have given them a sedative, and then we were able to discharge them."

The dried, ground spice found in most kitchen cabinets begins as the seed of the Myristica fragrans tree, indigenous to the Moluccas, or Spice Islands, of Indonesia. The seed contains a compound called myristicin, which scientists believe is largely responsible for nutmeg's psychoactive effects. When myristicin — a deliriant — is metabolized, it converts to MMDA, a substance similar to MDMA, better known as ecstasy.

But instead of provoking sustained euphoria, ingesting large quantities of nutmeg mostly generates undesirable side effects — dry mouth, racing heart, urinary retention, and brain fogginess, symptoms that can last for weeks after any psychological effects have wound down.

"Most people don't describe full-on hallucinations, like with LSD," said Stolbach. "It doesn't seem like the most pleasant experience."