Where the depressed are not welcome

If the university I taught at won't take depression seriously, who will? 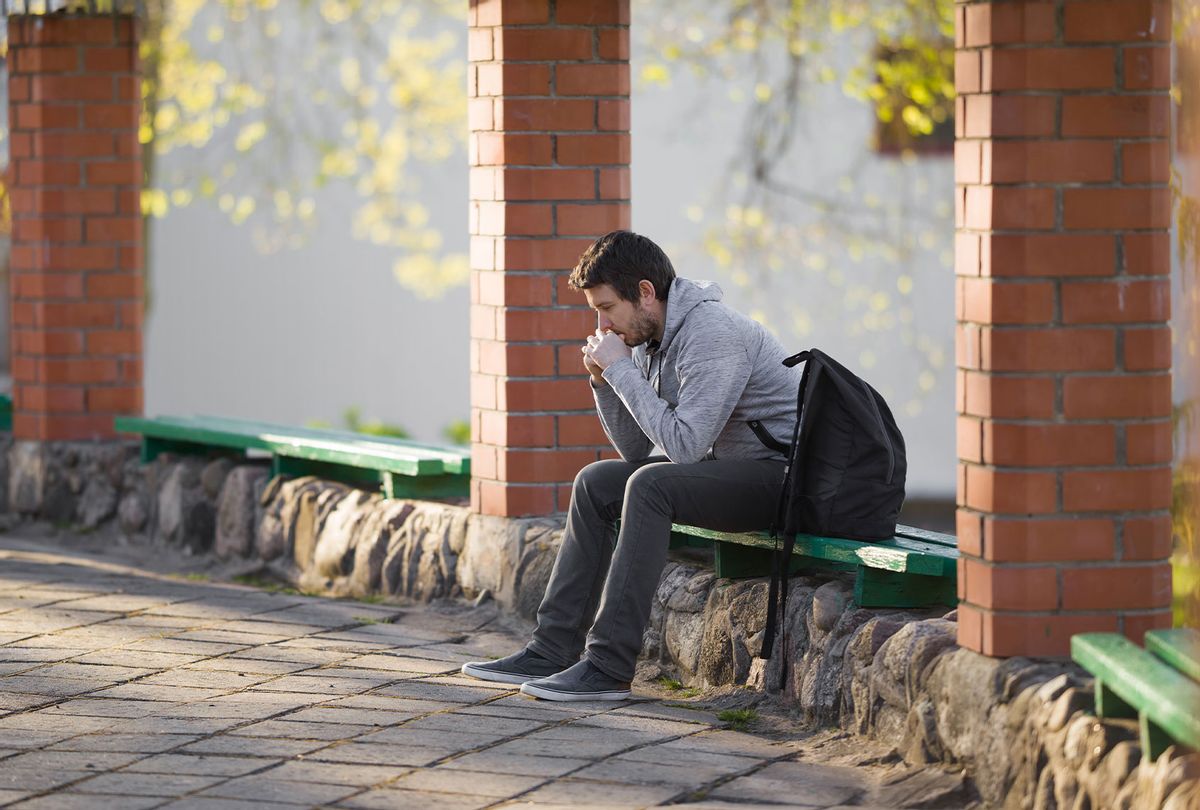 Back in 2012, when I was offered a faculty position at Cornell University, friends congratulated me — before adding, tentatively, "Isn't that the place with all the suicides?"

That brought me up short. As someone who has survived thirty years with major unipolar depression, dating back to my own college days, I care a lot about making this a safer and more compassionate world for young people with mental health challenges.

What I witnessed during my eight years at the institution underscored just how far our society remains from that goal.

First, an important debunk: as I learned, the suicide rate at Cornell is no higher than at other universities of the same size. Cornell's notoriety in this regard may stem from the sensational nature of some of the suicides: over the years, multiple students in despair have leapt into one of the dramatic gorges that line the campus, falling more than a hundred feet into the roaring waterfall below. Our media culture deems any such death more newsworthy than a quiet overdose in a dorm room, and Cornell's image has suffered as a result.

In truth, the crisis of youth suicide is not local but national. Take your pick of gloomy statistics: suicide is the second leading cause of death among college students; the rate has tripled since the 1950s; one study reports that nearly one in ten students have attempted it. Overall, one in four students report being diagnosed with a mental illness. Such diseases may be invisible, but they are not uncommon.

The past decade has seen a broad movement among universities — Cornell included — to expand the resources for students in crisis: setting up hotlines, shortening the wait for counseling services, raising public awareness, et cetera. Such structural reforms are welcome, yet my experience at Cornell suggests that an equally necessary shift in community attitudes remains elusive.

Here's one example. At Cornell, prospective student applications are reviewed jointly by an admissions counselor and a faculty member like me. During my assigned semester, I spent a couple hours each week sitting in the office of my colleague, Jill (name changed), where we sorted through a large stack and discussed the potential of each applicant. For the most part, we came to similar conclusions, even if she put more stock into standardized test scores than I did.

Then one day we considered an application from a student whom I will call Reggie. His essay dealt honestly and courageously with his struggles with depression, and the progress he had made. I was struck by his eloquence and insight, and said as much to Jill. She agreed, but then said: "Of course, we can't admit him."

I was puzzled, so she explained that the admissions department had an informal policy of rejecting any applicant who mentioned depression or other mental illnesses in their essay. "People with depression pose a significant burden on us as advising deans," she explained — meaning, they might hit a crisis point after arriving on campus, and require time-consuming support from Jill and her colleagues. "We have discussed this many times in the department, and that's our policy." She was flatly unwilling to consider Reggie any further: a diagnosis of depression, in her view, was disqualifying.

This attitude troubled me deeply, and I brought my concerns to my department chair. He discussed it with the director of admissions, who replied with a paragraph justifying the rejection based on Reggie's academic record (which Jill and I hadn't even discussed). He denied the existence of any discriminatory policy, but contradicted himself two sentences later: "There are times when a disclosure of an existing psychological or emotional problem will be a factor in a decision."

My department chair was satisfied by that reply, but I found it shocking. Would such a statement ever be made about an applicant with a physical disability, or a chronic condition? Depression like Reggie's is not a "problem." It is a diagnosed illness, long recognized by the medical community, and protected under the Americans with Disabilities Act. Reggie's courageous essay should have been seen as a powerful statement about overcoming adversity, and helped to promote his candidacy; instead, it disqualified him.

Four years after this incident, I found myself on the receiving end of similar insensitivity. I had, for the first time in many years, missed a day of teaching — two in a row — because of my depression. In emailing my students to explain the canceled classes, I made no secret of my diagnosis. As I wrote to them, "Mental illness is often spoken of in whispers, but there is no need for a stigma, and we should all acknowledge how widespread it is in our society."

Among the various responses I received, some were particularly heartening. A sophomore wrote to say, "Thank you for being transparent about your condition. Hearing about your situation actually gave me a sense of relief, knowing that professors and students alike can go through mental difficulties, and it's not something to be ashamed about." From a senior: "I personally appreciate your honesty and willingness to speak openly about mental health... it has helped me to be more honest with others and with myself about my own struggles with anxiety." And one more: "Your recent email... helped me come to terms with my own situation. I just scheduled a therapy session and will hopefully be getting back on track soon!"

One week later, a message arrived from the dean, as filtered through my department chair: I was not to discuss my "personal issues" with students. Acknowledging my depression, the dean felt, could only add to the stress that students are feeling during this unusual pandemic year.

If my email did compound that stress, then I am truly regretful. But the messages I received from students suggested just the opposite: speaking openly about my illness was empowering to those who quietly battled demons of their own. Depression is not a 'personal issue', as the dean put it; it is a societal challenge that we should face openly, together.

Not long after that exchange, my depression hit a critical low, and I went on a medical leave which stretched out for several months. A few colleagues, students, and alums reached out with compassionate notes; their support during this dangerous period meant a great deal. Then one day I received an email from our new department chair. It was brief and businesslike. But on reflection, I was startled by what his message omitted. How can one write to a colleague of nearly a decade, for the first time since their departure for medical reasons, and not politely inquire after their health? Not even a pro forma "Wishing you a speedy recovery"?

All too often these days, the phrase "mental health" is casually used to refer to emotional well-being — the feeling of being in a good place, managing stress well, getting life accomplished. People take "mental health days" to re-center themselves. A teacher might assign no homework as a "mental health break." And so on.

Of course, our very nation was founded to further the pursuit of happiness, a goal we can all get behind. But make no mistake: health is not simply well-being, and the symptoms of poor mental health — ie, mental illness — are very different from the stressed days of a healthy person's life. My depressed brain sets me wishing that the airplane I'm on will crash... and then feeling guilt on behalf of the other passengers. My depressed brain hears the news of someone's cancer diagnosis, and responds first with envy. My depressed brain imagines, with relief, my head separated from my body. I have never feared death. Many times in my life, I have craved it.

If such thoughts strike you as crazy, they are. Depression is one manifestation of madness, the result of a diseased brain. Fortunately, my madness does not make me a danger to others: like many people with depression, I've managed to build a career and a family despite the gloom of my brain. My accomplishments are modest, but some — like the tennis star Naomi Osaka — climb to the very top of their profession while coping with the ongoing challenge of depression. And sadly, 50,000 Americans succumb to the disease each year.

Like any other person with a chronic condition or disability, depressed people still deserve a chance to participate in the world, and enrich the lives of others. They also deserve our compassion and understanding, which starts with trusting them about their diagnosis. No one should have to bring a doctor's note, or share the details of their symptoms, for colleagues to believe their illness is serious.

I thought about my department chair's omission, and couldn't quite let it go — for in his new position, he will encounter plenty more colleagues and students who live with mental illness. So I wrote a note in reply, explaining as gently as I could how strange it feels when a colleague breezes past your life-threatening disease. If I'd been laid up with cancer, I asked, would you have written this email the same way? I hope that you'll treat any future situations, I said, with equal compassion — regardless of whether the illness is physical or mental.

He didn't bother to answer. I can only conclude that for my department chair, and the dean, and the admissions officers, people with depression do not merit compassion and support. They're just people with problems, who should go away.

Robert Isaacs, a Grammy-nominated singer and conductor, led choral programs for twenty years at Cornell University, Princeton University, and the Manhattan School of Music. He now focuses on writing, and recently completed his second novel.