"Don't, don't, don't": Trump lashes out after crowd boos him for getting COVID booster 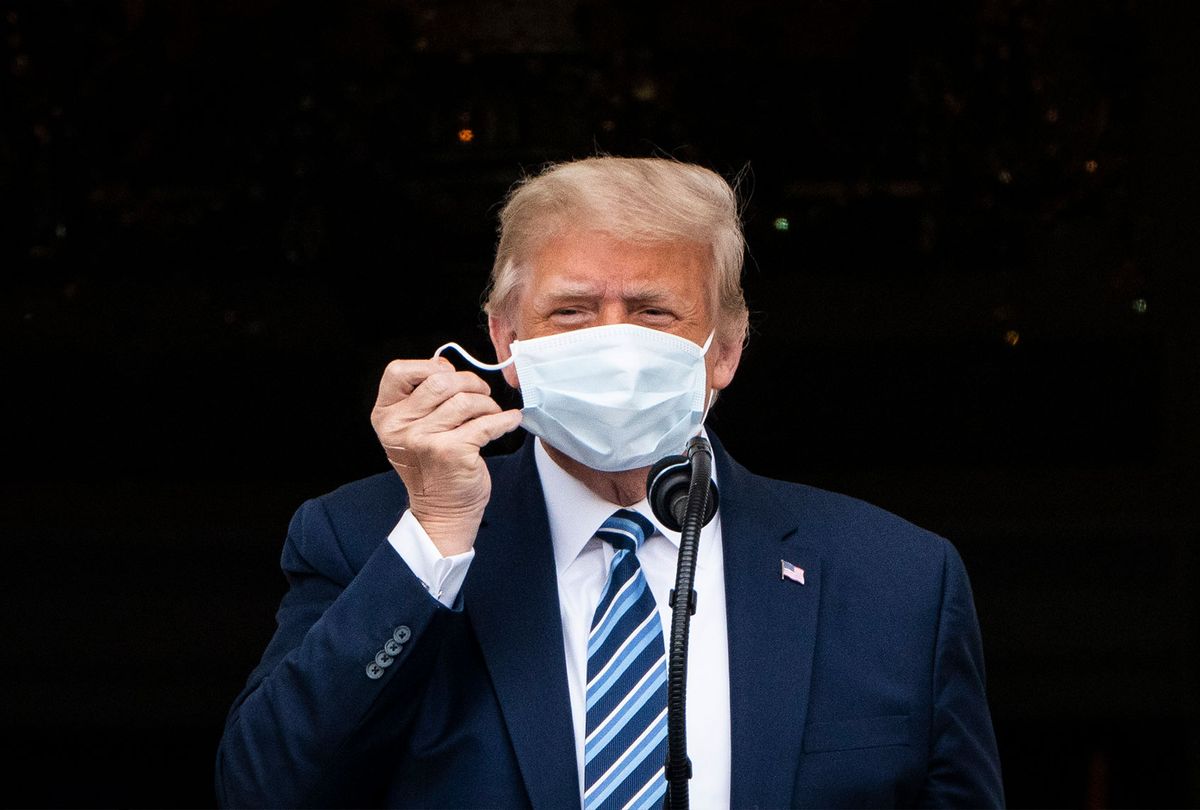 Donald J. Trump, with a bandage in his hand, removes his face mask as he arrives to speak to supporters from the Blue Room balcony during an event at the White House on Saturday, Oct 10, 2020 in Washington, DC. (Jabin Botsford/The Washington Post via Getty Images)
--

Supporters of Donald Trump booed when the former president revealed that he'd received a booster shot on Sunday.

A largely unmasked crowd at ​​the American Airlines Center in Dallas – the final stop of Fox host Bill O'Reilly's "The History Tour" with the former president — vocally pushed back at the news. During the appearance, Trump touted his implementation of Operation Warp Speed, the public-private partnership brokered last May to expedite the development, production, and distribution of COVID-19 vaccines for every American.

"Look, we did something that was historic," Trump told the crowd. We saved tens of millions of lives worldwide when we – together, all of us – we got a vaccine done."

"This was going to ravage the country far beyond what it is right now, take credit for it … it's great, what we've done is historic," he added. "Don't let them take it away."

He then quickly added: "If you don't want to take [the shot], you shouldn't be forced to take it, no mandates."

Later, when O'Reilly asked him if he'd received a booster, Trump responded, "Yes."

"I got it, too," O'Reilly added, after which the crowd began to boo.

"Don't, don't, don't," Trump said to the crowd. "That's alright, it's a very tiny group up there," he added, pointing to a section of the crowd.

It isn't the first time Trump's stance on vaccination has gotten him into hot water with his followers.

Back in August, the former president was booed at a rally in Alabama after encouraging the crowd to receive the shot, to which he responded: "No, that's okay. That's all right. You got your freedom. But I happen to take the vaccine. If it doesn't work, you'll be the first to know. Okay?"

According to an August Fox News poll, roughly a third of the former president's voters do not plan on receiving even the first round of any COVID-19 shots.

Over the past two years, Trump has walked a tightrope when it comes to vaccination, supporting the practice as a public health precaution but condemning any effort to mandate them. Trump and then-First Lady Melania Trump privately received their first vaccinations back in March, according to The New York Times.

Last October, the couple revealed that they had tested positive for the virus. But this February, the Times reported that Trump was likely much sicker than his administration previously acknowledged, with "depressed blood oxygen levels at one point and a lung problem associated with pneumonia."