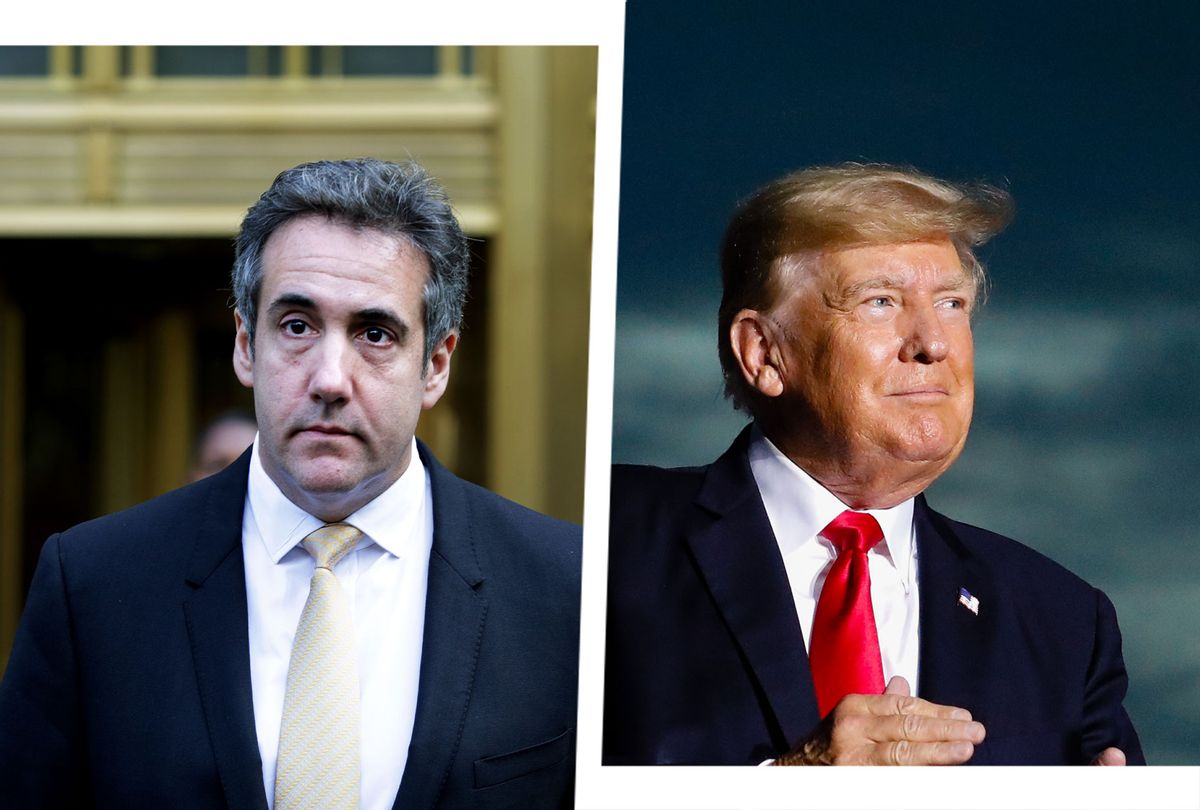 Michael Cohen, ex-Donald Trump attorney, filed a lawsuit on Thursday claiming that Trump, former Attorney General Bill Barr, and other Trump allies led a "retaliatory" effort to send him back to prison for writing a tell-all memoir about the Trump administration.

Back in May of 2018, Cohen was sentenced to three years behind bars for tax evasion and campaign finance violations. He was released for home confinement in May of last year due to concerns around COVID-19. During June and July of last year, while in home confinement, Cohen plugged his forthcoming tell-all. In response, the former attorney was shortly told by a probation officer that he'd have to comply with a gag order banning him from engaging with the media for the remainder of his sentence. After reportedly asking for clarification on the order, Cohen was sent back to prison on the basis that he failed to agree to the conditions of his monitoring.

In the Thursday suit, Cohen called the move "retaliatory."

"Defendant Trump issued specific directives and guidance to his co-defendants that governed the treatment of plaintiff and others who he believed were his political enemies," the lawsuit alleges. "At his direction, plaintiff was remanded back to prison and subjected to great indignities when he was unlawfully incarcerated and held in solitary confinement."

RELATED: Michael Cohen says Donald Trump will flip on his own children

According to his suit, Cohen was subject to sixteen consecutive days of solitary confinement in prison. The suit, filed in Manhattan federal court, seeks damages for "extreme physical and emotional harm." AP News reports that Cohen "suffered shortness of breath, severe headaches and anxiety inside a small cell he left just 30 minutes a day."

"It's just apparent what happened here. This is political retribution," Andrew Laufer, Cohen attorney, told Courthouse News. "They violated my client's First Amendment rights by retaliating against him, and we intend on seeking compensation for it."

"This is just part and parcel to what the Trump administration represented," Laufer added. "They stomped on people's rights, they retaliated against those who fell out of favor, and they just ignored the Constitution and the law. And we intend on having them answer for that."

Since his sentencing, Cohen has repeatedly weighed in on various developments around Trump's family following the former president's leave from office. In testimony to Congress back in February of 2019, the disbarred attorney admitted that Trump inflated and deflated his own assets – the current subject of a New York civil investigation into possible financial fraud by the Trump Organization.

In November, Cohen said that he will "continue to provide information, testimony, documents and my full cooperation on all ongoing investigations to ensure that others are held responsible for their dirty deeds and that no one is ever believed to be above the law."

RELATED: Michael Cohen says Trump's time is up: "There's no way anybody's getting out of it"

Correction: A previous version of this story suggested that Cohen violated the terms of a gag order by tweeting about his then-forthcoming memoir. In fact, there was no attempt to apply a gag order until after Cohen did so.