Stop calling the GOP fascists "hypocrites": No one cares, and they have no shame

If liberals still hope that Republicans will repent and apologize for all this, maybe they deserve what's coming 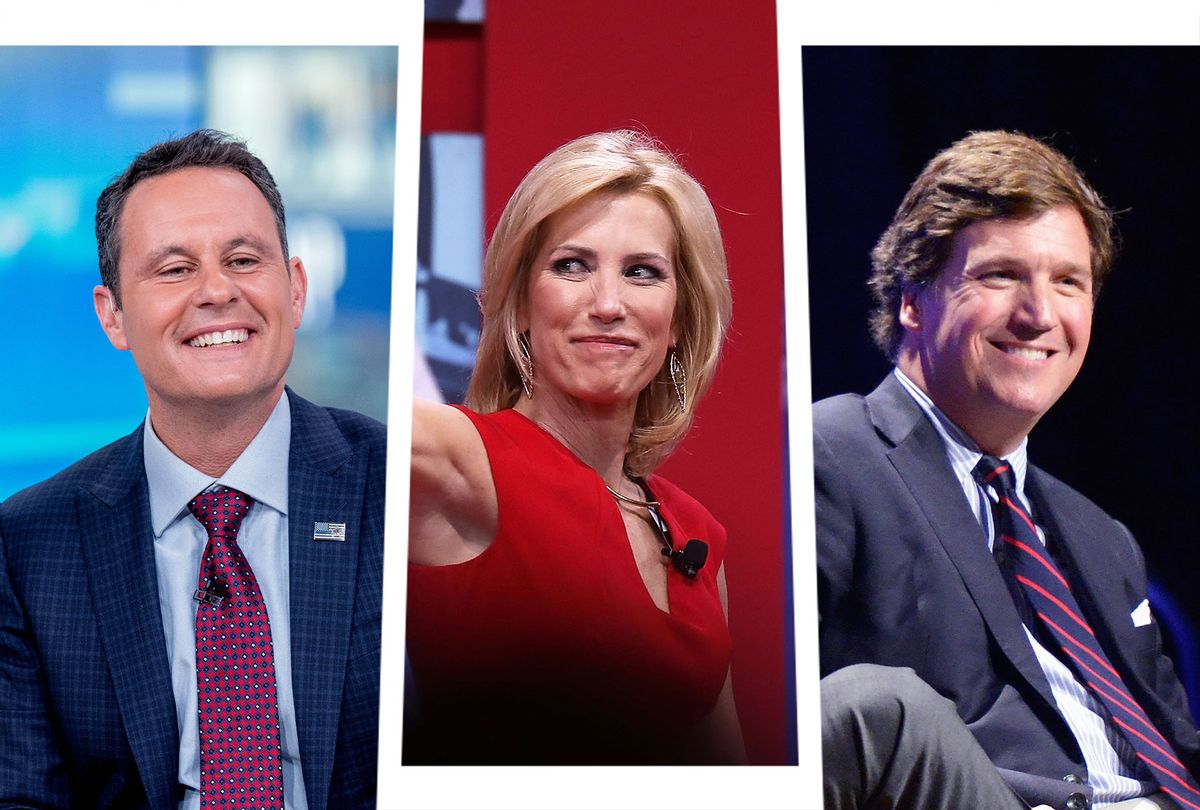 A healthy democracy, in America or anywhere else, must be based upon shared assumptions about empirical reality, facts and truth. Today's Republican Party and other "conservatives" reject such basic principles, norms and values.

Fascism, which lies at the core of contemporary Republican politics, is the mind-killer: It is anti-intellectual, anti-rational and anti-human. Fascism also seeks to annihilate the world as it actually exists and replace it with a fantasy world created by the fascist movement and its leader.

Too many liberals and progressives in this hour of darkness cling to the misguided belief that their core values about reason, democracy, human rights and civil rights are effectively universal, and so compelling that Republicans and others on the right must share them to a large degree. This collective narcissism may doom us all.

Many members of the media class obsessively complain and protest — in a mixture of performative shock and sincere disbelief — that Republicans are "hypocrites" who have "double standards" and constantly tell lies. This is also a willful decision to avoid the truth.

To cite a recent example, it is now publicly known that on Jan. 6, Fox News personalities, including Brian Kilmeade, Sean Hannity and Laura Ingraham, texted White House chief of staff Mark Meadows, pleading with him to persuade Donald Trump to stop his followers from attacking the Capitol. Yet within hours or days, these propagandists were telling their viewers that Trump's attack force actually comprised "leftist radicals" — members of antifa, "Black Lives Matter or similar groups. Or, alternatively, that the Capitol attackers were genuine patriots and heroes — or simply "tourists."

On cue, Democrats and the mainstream commentariat lambasted Fox News for its supposed hypocrisy and for allegedly insulting its audience. And of course, once this news hit the headlines, the Fox hosts involved changed their stories, blatantly lying about what their texts to Meadows had said. Hannity, Ingraham and Kilmeade pledged their loyalty once again to Donald Trump — out of fear, shared by all members of his cult following, that he might order them purged for disloyalty.

This is all part of a much larger and very tedious pattern, in which many liberals and Democrats express amazement that Republican political leaders and propagandists say one thing in private and something opposite in public. There also continues to be considerable consternation and awe at the power of Trump's Big Lie and his followers' unwavering dedication to it.

Even after decades, many people still seem stunned by the Republican Party and the broader right's unwavering hostility toward science and expertise, their cultlike behavior and rejection of reality, their willingness to embrace conspiracy theories and religious extremism, their deepening attraction to fascism and authoritarianism and a range of related antisocial behavior.

These habitual complaints about Republican hypocrisy function as a script or narrative frame that dominates much mainstream American political commentary. The indictment has lost almost all its power, except among a small niche audience of those who have convinced themselves that "democratic norms" still apply to the Republicans. When the average American is told that the Republicans are hypocrites, the common (and largely understandable) response is: "So what?" To make that accusation against politicians is the equivalent of observing that water is in fact wet.

But for those in the chattering class who wield such words it has the imagined power of a religious invocation: God's judgment is called down to punish the "hypocrite" who has transgressed against the democratic order and its supposed commitment to truth and facts. In the world of realpolitik — and a country under siege by a fascist movement — such holy words have lost their power. If there is a deity who cares about such things, that deity abandoned the American people a long time ago.

But there is another more basic explanation for why Democrats and others committed to reason, truth and democracy continue to believe they can find common ground with Republicans. That explanation is rooted in fear.

Today's Republican Party and conservative movement has shown itself to be sociopathic and sadistic. It evinces no belief in a moral code or set of values that could be leveraged to create feelings of shame or embarrassment. Winning and keeping political power is all that matters; domination and control are the sole raison d'être.

RELATED: Dr. Justin Frank: Laughing at Trump is "unhealthy" and won't "protect us from reality"

Most people who identify with the Democratic Party, and most Americans overall, are terrified of that fact and continue to deny it, believing — or pretending to believe — that Republicans will return to the realm of "normal" politics sooner or later.

In a conversation with Salon earlier this year, Dr. Justin Frank, a physician and psychoanalyst who is the author of "Donald Trump on the Couch," explained the roots of such reasoning:

Similarly Dr. John Gartner, a former professor at the Johns Hopkins medical school and a contributor to the bestseller "The Dangerous Case of Donald Trump: 27 Psychiatrists and Mental Health Experts Assess a President," offered this context in an interview earlier this year:

In a way, we as a society have been so protected and privileged, and lived such a life of peace and sanity, that we don't believe that the dystopian science fiction that we are living today in America is actually happening. There's a certain default option of normality. Nobody wants to give up that default assumption that we are still living in a world of facts and sanity.

White America does not have either the historic memory or contemporary experience that comes from living under that kind of power, or struggling against it. For many people, therefore, the default impulse is to deny or ignore the existential danger embodied by American fascism, or simply hide from it in terror.

Fascism is viewed by many Americans — mostly but not entirely meaning white Americans — as something that occurs "over there" as opposed to arising here at home. Black Americans, of course, had a dramatically different historical experience, surviving and defeating domestic fascism in the form of chattel slavery and then the regime of Jim and Jane Crow white supremacy.

Many heirs to the Black Freedom Struggle are not especially surprised by the ascent of American neofascism in the Age of Trump. Moreover, Black Americans and other marginalized groups are uniquely "gifted" in terms of their ability to comprehend such evil and ultimately to outlast and defeat it. Others would be wise to learn from them.

What should those who are genuinely committed to saving American democracy do in this moment of escalating crisis? Most important of all, they must not abandon their core values. That amounts to surrender. Liberals, progressives and other pro-democracy forces must instead embrace a new maturity by confronting the political battlefield (and the larger world) as it exists, not as they wish it to be.

Over the last few years, I have come to this conclusion: What many Democrats, liberals and progressives of a certain type —comfortable, middle-class and predominantly white — want from the Republicans and conservatives is an apology. They seem to expect a rueful admission that fascism was not supposed to "happen here," and an expression of regret that the democratic bargain has been broken and betrayed.

In this fantasy, first comes the collective schadenfreude and satisfaction of seeing both the leaders and followers of the Republican Party admit they were wrong. Second comes an expression of repentance and a kind of conversion experience, in which Republicans and their followers come back to reason and fully commit themselves to "normal" social and political behavior.

In reality, no such apology will be forthcoming, nor will there be any ritual penitence. Republicans and their allies are dedicated to their cause. They believe themselves to be just and noble, and moreover to be righteous victims of oppression who are on the correct side of history. They will never admit defeat. They will never repent. To an increasing degree, they are willing to die or kill for their cause.

Do Democrats and their allies want to be "right" on questions of principle and to keep on complaining in sanctimonious terms about hypocrisy and lies and the violation of so-called norms and institutions? Or do they want to win power and keep it, and by doing so save the unfinished experiment of American democracy from descending into fascism? The answer to that question will help to shape the future of American democracy.