"Evidence is mounting" for a disturbing reason the National Guard failed to act on Jan. 6: report

Why was the National Guard “restrained” by the Pentagon? 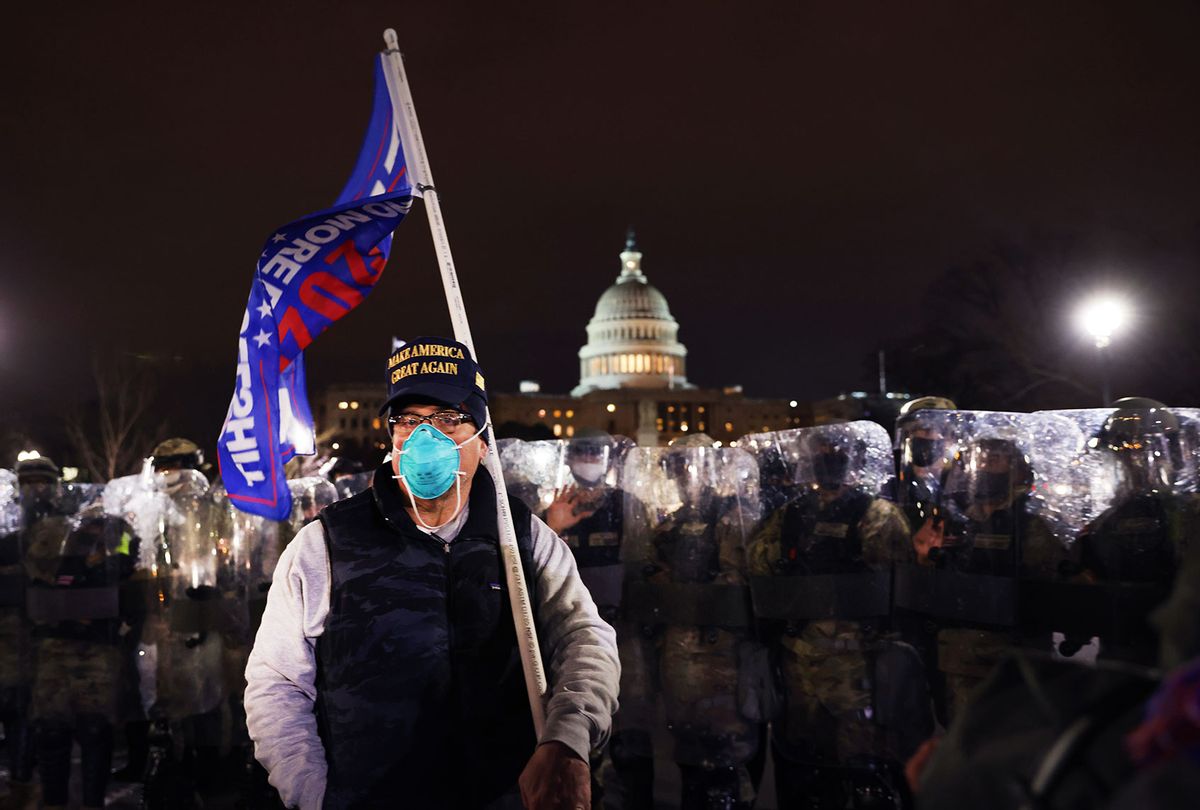 Members of the National Guard and the Washington D.C. police keep a small group of demonstrators away from the U.S. Capitol on January 06, 2021 in Washington, DC. A pro-Trump mob stormed the Capitol earlier, breaking windows and clashing with police officers. Trump supporters gathered in the nation's capital to protest the ratification of President-elect Joe Biden's Electoral College victory over President Donald Trump in the 2020 election. (Spencer Platt/Getty Images)
--

Almost a year after that the January 6 attack on the U.S. Capitol Building, the events of that day continue to inspire a great deal of analysis and discussion — including the fact that the National Guard didn't get to the Capitol sooner when it was under attack. Writers Ryan Goodman and Justin Hendrix, in an article published by Just Security this week, argue that the National Guard was "restrained" by the Pentagon because of fears that then-President Donald Trump would "invoke the Insurrection Act."

"One of the most vexing questions about January 6 is why the National Guard took more than three hours to arrive at the Capitol after D.C. authorities and Capitol Police called for immediate assistance," Goodman and Hendrix explain. "The Pentagon's restraint in allowing the Guard to get to the Capitol was not simply a reflection of officials' misgivings about the deployment of military force during the summer 2020 protests; nor was it simply a concern about 'optics' of having military personnel at the Capitol. Instead, evidence is mounting that the most senior defense officials did not want to send troops to the Capitol because they harbored concerns that President Donald Trump might utilize the forces' presence in an attempt to hold onto power."