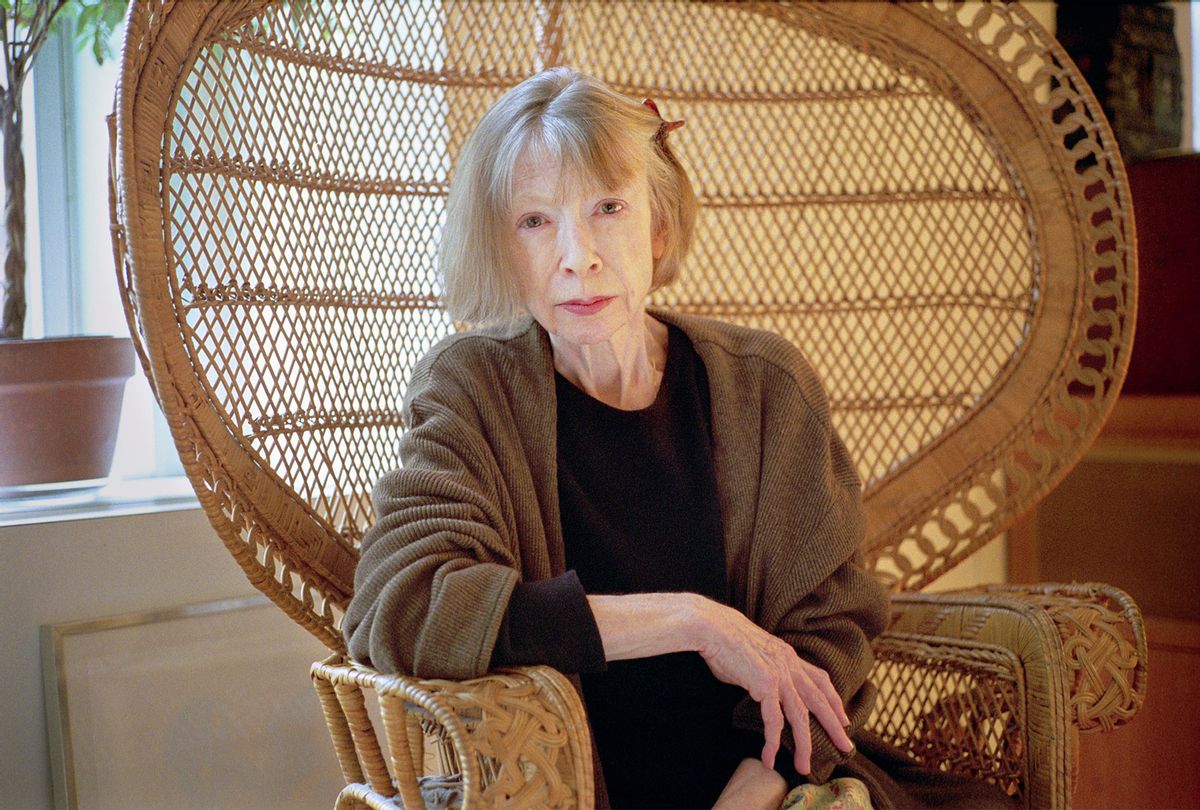 Writer, reporter, and cultural critic Joan Didion has died, according to her publisher Knopf and others. Knopf wrote in an emailed statement Thursday, "We are deeply saddened to report that Joan Didion died earlier this morning at her home in New York due to complications from Parkinson's disease."

Didion was born December 5, 1934, in Sacramento, California, a fifth-generation Californian whose ancestors were descended from the Donner Party, according to the New York Times. California was central to Didion's work, the place she returned to in books such as her debut novel, 1963's "Run, River" about a family in Sacramento, and her second, "Play It as It Lays" (1970), about an actress dealing with a difficult life in 1960s Hollywood. Didion attended the University of California, Berkeley, earning a bachelor's degree in English in 1956.

She married writer John Gregory Dunne in 1964. Together, the couple wrote screenplays, including "Panic in Needle Park" (1971), which starred a young Al Pacino. Other screenplays penned by the couple included an adaptation of "A Star is Born" (1976). In 2003, Dunne died at age 71 of a heart attack. His death, and less than two years later, the death of the couple's only child, daughter Quintana Roo Dunne, at age 39, influenced Didion's book "The Year of Magical Thinking" (2005), later adapted into a one-woman Broadway show. The book won the National Book Award for Nonfiction in 2005.

In the introduction to an interview with Didion in 2003, Salon's Andrew O'Hehir wrote, "Didion is not merely one of the greatest living practitioners of the literary journalism tradition, she more or less invented it, at least in its 20th century American incarnation." Her many books also include the essay collections "Slouching Towards Bethlehem" (1968) and "The White Album" (1979), which detail life in California during the 1960s and '70s. Her most famous work may be her essay "Goodbye to All That," exploring why she left New York City, her adopted home and the place where she had written for publications such as Vogue and Mademoiselle. She also reported on politics for The New York Review of Books.

In a 1996 Salon interview with writer Dave Eggers, Didion said, "I never feel particularly successful. I always feel like I've not quite done it right, that I ought to be doing better or something. In terms of work...I always want to have done it differently, to have done it better, a different way."