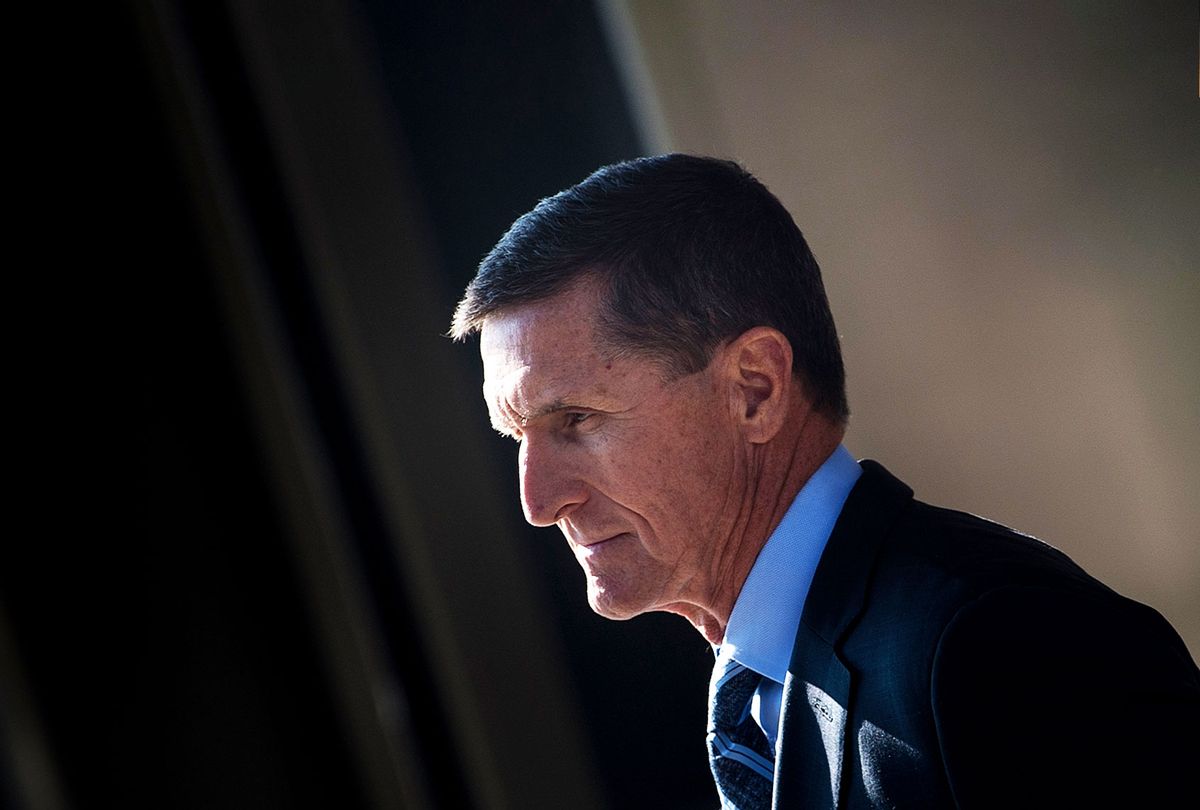 A judge on Wednesday shot down former National Security Advisor Michael Flynn's lawsuit against the House Select Committee investigating the January 6 attack, arguing that Flynn would likely face no "immediate and irreparable harm" from a federal probe.

In November, Flynn was one of six Donald Trump allies to be subpoenaed over his apparent connections to various Trump allies ahead of the insurrection on January 6. On Tuesday, Flynn filed a suit against the panel asking for a temporary restraining order, seeking to block the committee from accessing his phone records or subpoenaing him for testimony.

"Like many Americans in late 2020, and to this day, General Flynn has sincerely held concerns about the integrity of the 2020 elections. It is not a crime to hold such beliefs, regardless of whether they are correct or mistaken," his complaint read at the time. Flynn has broadly argued that the committee's probe violates his Fifth Amendment right against self-incrimination.

The panel is particularly interested in a White House meeting Flynn attended in mid-December, during which numerous conspiracy theories surrounding the 2020 election were shared amongst Trump administration officials, according to The New York Times.

Wednesday's ruling was handed down by U.S, District Judge Mary Scriven, in Tampa, Florida, who pointed out that Flynn's case failed to meet the procedural criteria for a restraining order. There was, she said, "no basis to conclude that Flynn will face immediate and irreparable harm." According to federal law, a claimant needs to notify the other parties of their intent to seek a restraining order before filing for one – a requirement that Flynn's legal team did not meet, according to NBC News.

Scriven said that Flynn can refile for a restraining order "if he believes he can comply with the procedural requirements."

Though Flynn's first counter-offensive against the January 6 panel has failed, it still remains unclear when the former Trump adviser is expected to procure the documents requested as part of his November subpoena. An original document deadline had been set in late November, but that deadline has since passed.

Following the ruling, Flynn's attorney, David Warrington, said that Scriven acknowledged the potential for harming Flynn if the committee expedites its document deadline. "A renewed motion for [temporary restraining order]" Warrington said, in that case, "may be appropriate."

Flynn's lawsuit comes as the committee continues to zero in on several Trump allies, including ex-Trump adviser Steve Bannon and Mark Meadows, Trump's White House Chief of Staff – both of whom have already been charged in contempt of Congress. Other current and former officials under scrutiny include ex-DOJ officials Jeffrey Clark and Kashyap Patel, as well as Reps. Jim Jordan, R-Ohio, and Scott Perry, R-Pa.