In 2021, property crime rates were largely down — but domestic abuse has skyrocketed in an age of pandemic 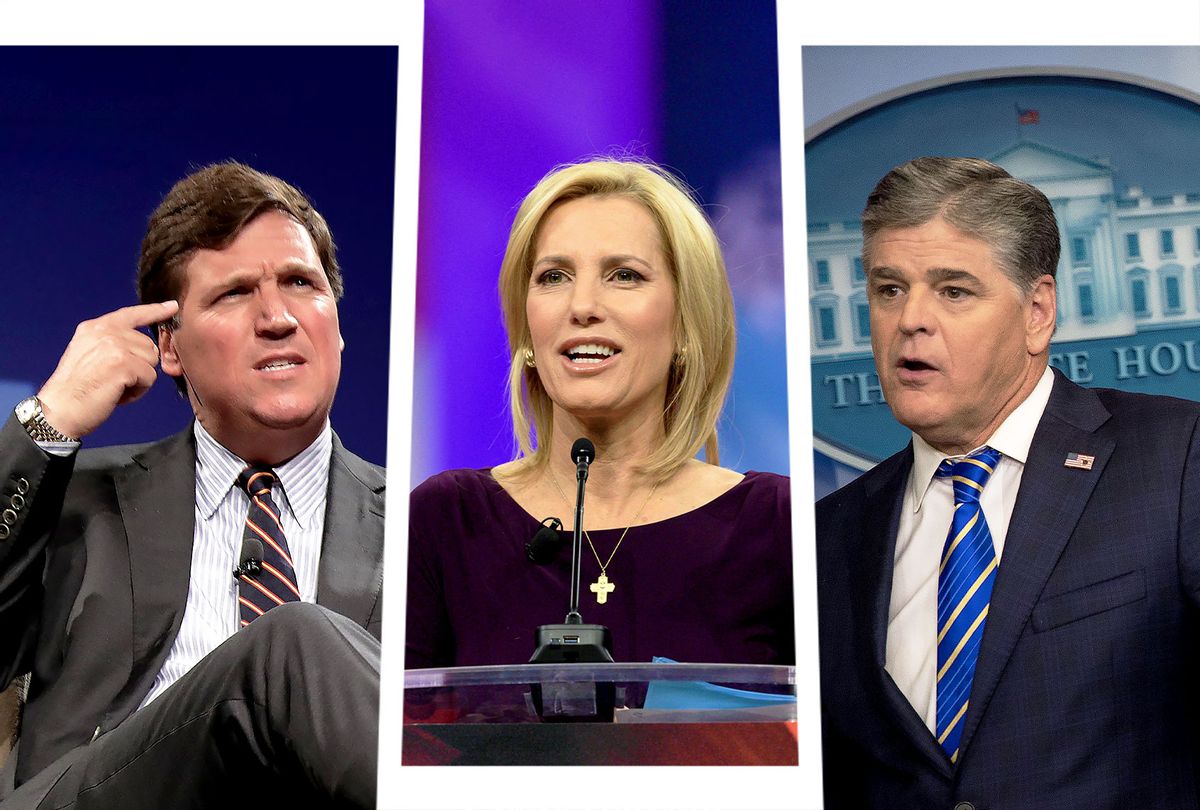 In between bouts of denying the very real dangers of COVID-19, Fox News spends much of its airtime trying to rile its elderly white viewers about something that is likely not much of a threat to most of them: Violent crime.

Tune into right-wing America's favorite network, and you'd get the strong impression that leaving your house, especially in any major city, is the equivalent of walking into a war zone, with hosts raving about "coast-to-coast crime crisis" and suggesting it's impossible to walk "down the street in any major liberal city" without getting murdered lots. When a mentally ill homeless man set fire to the Fox News Christmas tree, this was taken as the ultimate proof that life in American cities is like living in Sarajevo in the early 90s, with hosts screeching that "no city is safe" and "no person is safe" from the supposed onslaught of "random violence."

It is all, like nearly everything on Fox News, total nonsense.

Yes, a lot of cities are dealing with a tragic escalation in homicides, which seem to be a side effect of the pandemic's upheavals to schools and workplaces. As Axios noted in a piece on Ohio's gun violence problem in October, the spike is being driven by "active street gangs" and, as the assistant police chief in Columbus told reporters, a "large percentage of the violence is being driven by a very small segment of this population." In Philadelphia, there is a record number of murders, but a decline in crimes committed without the use of a gun. Gang violence is terrible and needs to be dealt with, but it's also not exactly a threat to the white suburbanite Fox News viewers quivering with fear at their TVs.

There is, however, another contributing factor to rising crime rates that Fox News is largely ignoring because it's not useful for scaring your grandma: Domestic violence.

While property crime and even other assaults actually remain low, the incidents of people attacking intimate partners appear to be skyrocketing. Considering that intimate partner violence typically accounts for around 15% of all violent crime, this explosion of violence is bound to have a significant impact on the overall picture of violent crime in the U.S. Because national statistics tend to take time to collect and thus lag behind by a couple of years, it's hard to get hard numbers from the bird's eye view, though sociologists have estimated that domestic violence went up over 8% due to the pandemic. Statistics are coming in from around the country suggest that picture may be even grimmer than that.

Domestic murder seems to be spiking faster than overall murder in many places.

Philadelphia's overall murder rate is up 55% since 2019, but the domestic homicide rate is even worse — it's doubled in only the past year. Some of the killings in Philadelphia have truly sent shockwaves through the community. Jessica Covington, a 32-year-old pregnant woman, was murdered while unloading baby shower gifts. Sykea Patton, 24, was killed in front of her twin sons. Her ex-boyfriend was arrested for the crime.

The Indiana Coalition Against Domestic Violence found 181% increase in domestic homicides from July 2020 to July 2021 over the previous year. In Ohio, domestic murders went up 62% during the pandemic, and 86% of the killings were done with a gun. Iowa has seen a similar spike in domestic murders, which were already rising even before the pandemic due to the state's increasingly loose restrictions on guns.

RELATED: Can we stop domestic violence before it turns to murder?

Taken together, it's a distressing picture.

As Rose Wong of the Tampa Bay Times notes, pandemic-related stressors such as "financial insecurity, threat of illness, homeschooling, loss of routine and social opportunities" likely contributed. And pandemic mitigation measures "such as social distancing, working from home and remote learning" are an abuser's dream. Usually, abusers have to do a lot of brow-beating and emotional degradation to socially isolate their victims from friends and family members who might intervene. During the pandemic, however, the virus has been doing that work for them.

All of which is why it's doubly concerning to see Sen. Joe Manchin, D-W.Va., go out of his way to kill off President Joe Biden's proposed Build Back Better bill. While the bill doesn't address domestic violence directly, many of its provisions could go a long way to helping victims get out of bad situations. Many women are trapped at home and have even had to give up jobs because the pandemic has interrupted their child care access. For those in abusive relationships, that means losing a pipeline to the outside world and a source of income that allows them to escape. A bill like Build Back Better, which would expand child care access and loosen up money for parents, would help a whole lot of women restart their lives away from their abusers.

In the meantime, the rise in domestic violence really underscores how deceitful it is for Fox News and other right-wing media to use "crime" as a way to stir up hysteria and reactionary sentiment. Crime is a problem, but it's one frequently caused by or exacerbated by right-wing policies and social preferences.

Women's position in society proved to be quite precarious indeed — after decades of right-wing resistance to feminist demands for equality in both the home and the workplace. It set up a situation where untold numbers of women found themselves in abusive situations, without any ability to escape. Not that you'd ever know it from watching Fox News, which continues to pretend "crime" is a thing that happens mainly between strangers and ignores the grim realities of people hurting people they know — often the people they are closest to.